After being inspired by the new Storm Rising Archives event, one Overwatch fan decided to make their own completely original hero concept.

Artist and Overwatch fan Tommy Millar created an original hero concept for a tank named Ammit including designs and descriptions of her abilities.

Even though Ammit is still just a very-well fleshed out idea right now, it is interesting to read through her proposed abilities and think about how she would fit into the game. 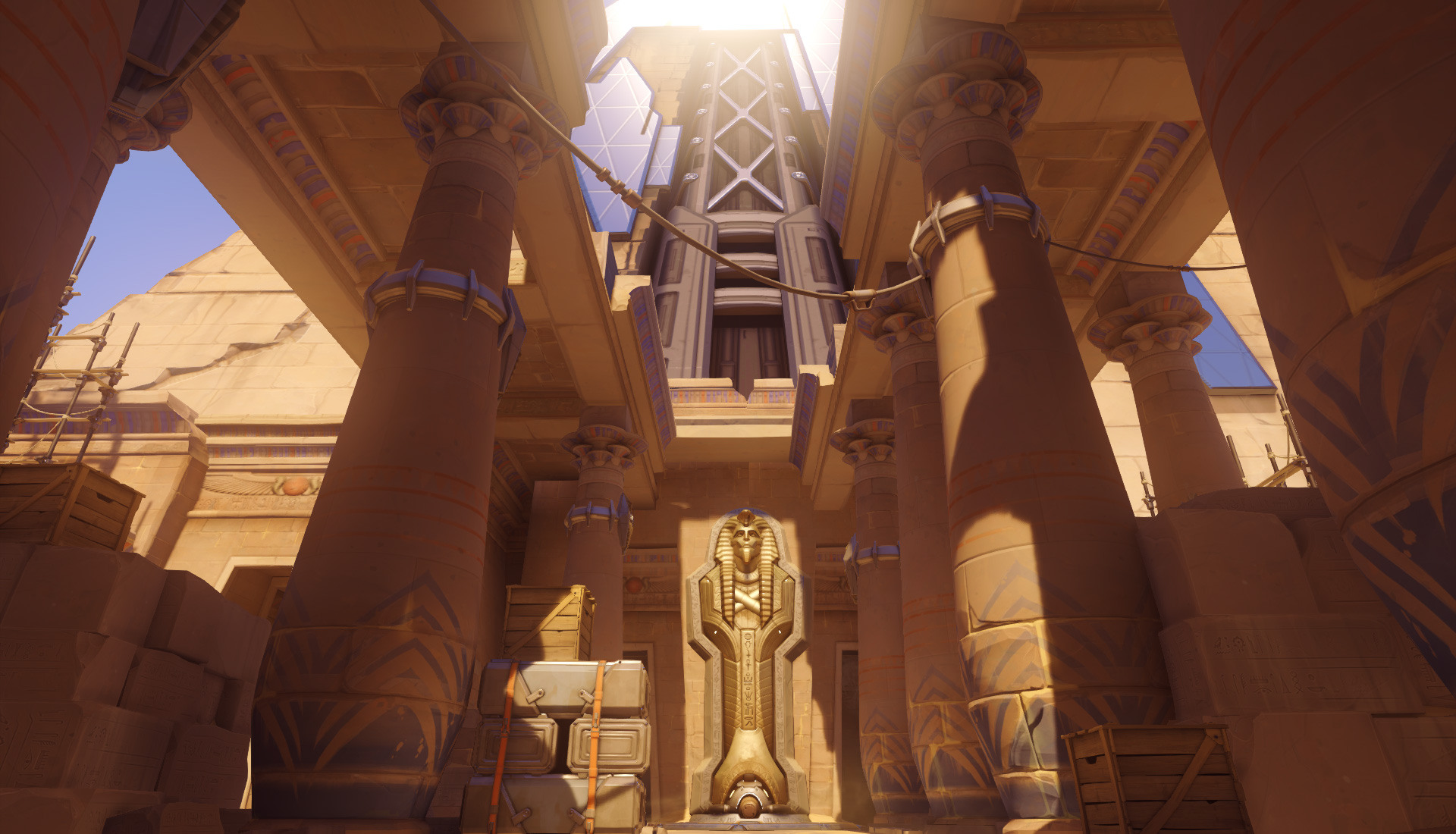 Millar drew Ammit as a very tall hero who has what looks like Ancient Egyptian inspired alligator armor, something that would fit really well in the Overwatch universe.

He even gave Ammit a short backstory where she was revived from death by Moira, but only her head and upper torso could be saved – hence the giant suit of cool-looking armor.

Ammit’s abilities focus on denial/cursing, a mechanic that Overwatch doesn’t really use, for example her “Affinity Thief” ability allows her to take an enemy ability and use it for herself.

Her secondary ability “Fate Link” binds Ammit to an enemy for a set amount of time, during which if she dies, the enemy does as well.

The “Final Bond” ultimate is similar to Fate Link, but affects multiple enemies in a much larger area, making it a very powerful ability. 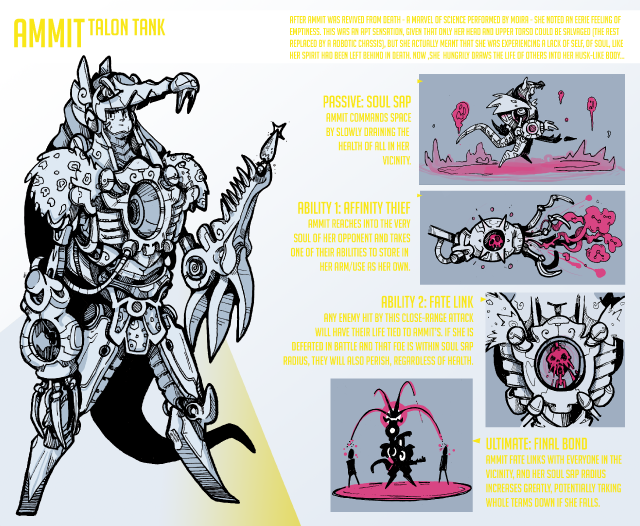 But is it ready for Overwatch?

Some of Ammit’s abilities seem a little overpowered in her current form, especially the “Soul Step” passive that drains enemy health just by being around Ammit, so she would probably need some balancing if she were to go live.

The idea of a Talon tank to go along with Sombra, Moira, Doomfist and Widowmaker is something a lot of fans have said they wanted to see, so a Talon Tank hero could be coming sometime in the future.

Overwatch teased a new character in the ending cinematic of the Storm Rising brawl, but whether the unnamed Omnic shown there is a future hero remains to be seen.