The Overwatch Archives is here and soon after the update dropped, game director Jeff Kaplan sat down with streamer Mr. OhNickel to talk about the event and future plans for the game.

The Storm Rising event has brought a ton of new content to the game, including new cosmetics and a new PvE brawl set in Havana.

After the new event began, Overwatch director Jeff Kaplan sat down with streamer Mr. OhNickels during a stream on Facebook from Blizzard HQ. 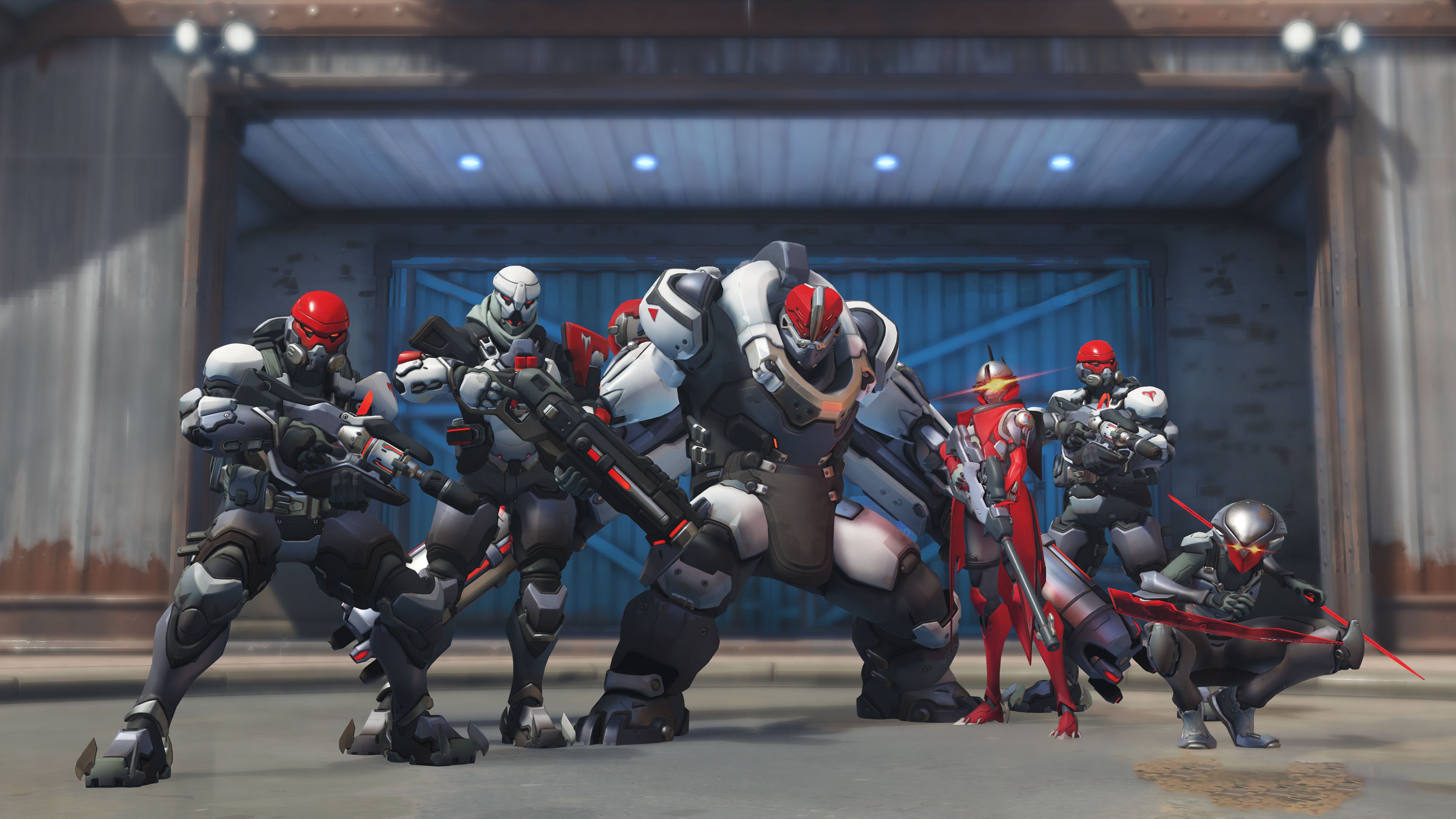 What did Jeff talk about?

A Reddit post from user PfeiferWolf showed that Jeff talked about a lot while he was on stream, but some of the biggest news was that neither Sojourn or Echo will be the next Overwatch hero.

He also confirmed that Junker Queen is in development as a hero and that the Overwatch team is excited about revealing her.

There will also be a number of updates up to the Anniversary event, including new balance patches and “something they’ve never talked about that will surprise everyone.”

But perhaps the most important detail from Jeff’s on stream appearance was confirmation that D.Va will be getting a new skin for the Anniversary event that will “break the internet.” 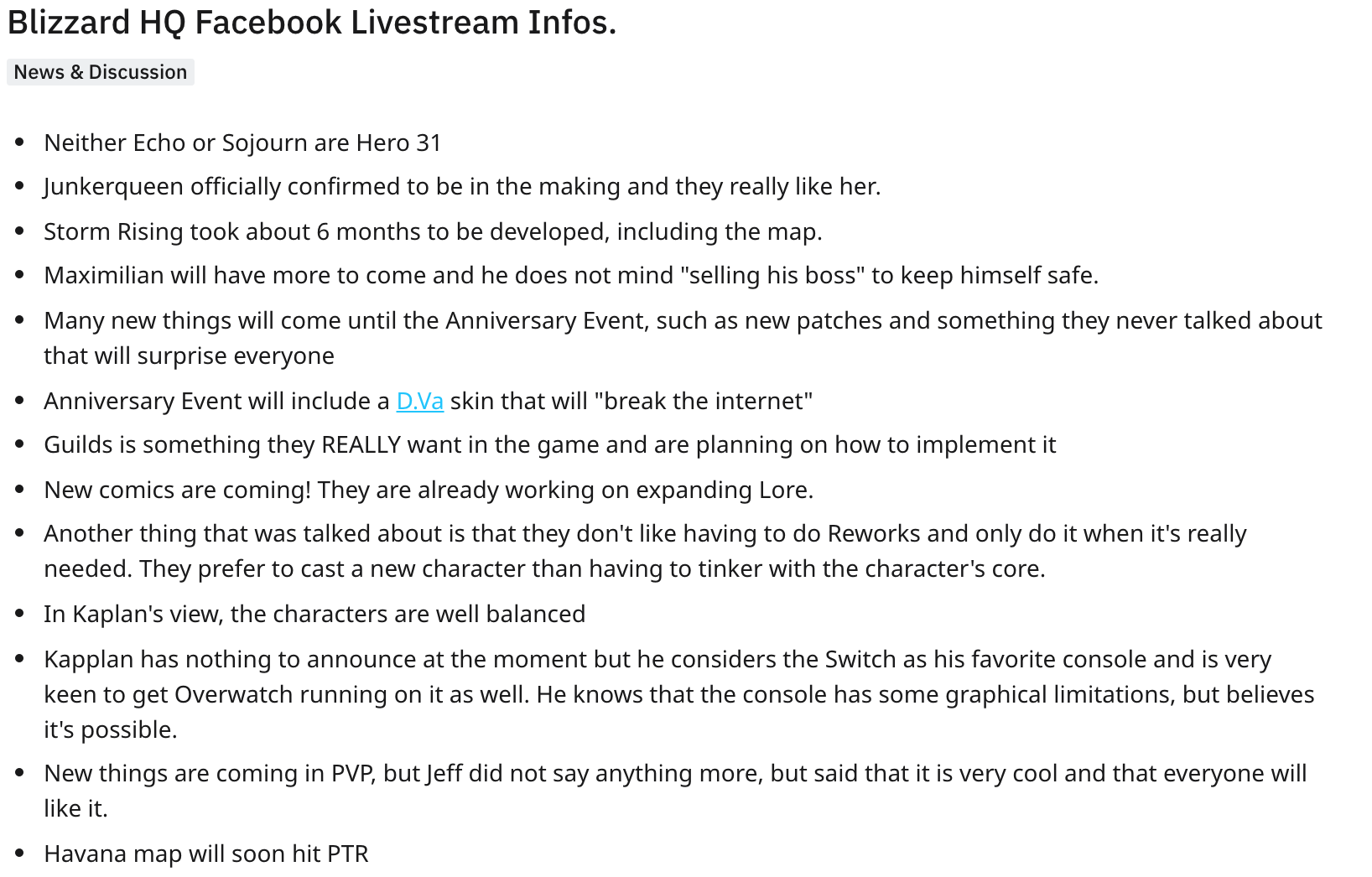 A new map as well?

In addition to all of that, Jeff also said that the Havana map, featured in Storm Rising, would be hitting the PTR “soon”.

As far as lore goes, Kaplan told viewers on stream that there will be several new Overwatch comics coming soon, but didn’t go into much more detail than that.

Overwatch’s Storm Rising Archives brawl, along with the Uprising and Retribution missions from previous years are available until the event ends on May 6.