Jeff Kaplan confirmed that Echo, the mysterious character revealed at the end of the latest Overwatch animated short, isn’t the game’s next hero.

The latest Overwatch animated short, ‘Reunion’ saw McCree take on the Deadlock Gang, a group of bandits led by Ashe, who will be the 29th hero in the game.

Ashe wasn’t the only new character introduced by the short, however. Not only were several clearly distinct Deadlock members also seen – not just carbon-copy henchmen – the short ended with McCree awakening Echo, an advanced artificial life-form of some kind, although certainly not a typical omnic.

A brief conversation between the two at the end of the video revealed that McCree had sought out Echo in order to send her to Winston in response to his Overwatch recall. “They want me,” McCree says, “but really, they need you.” 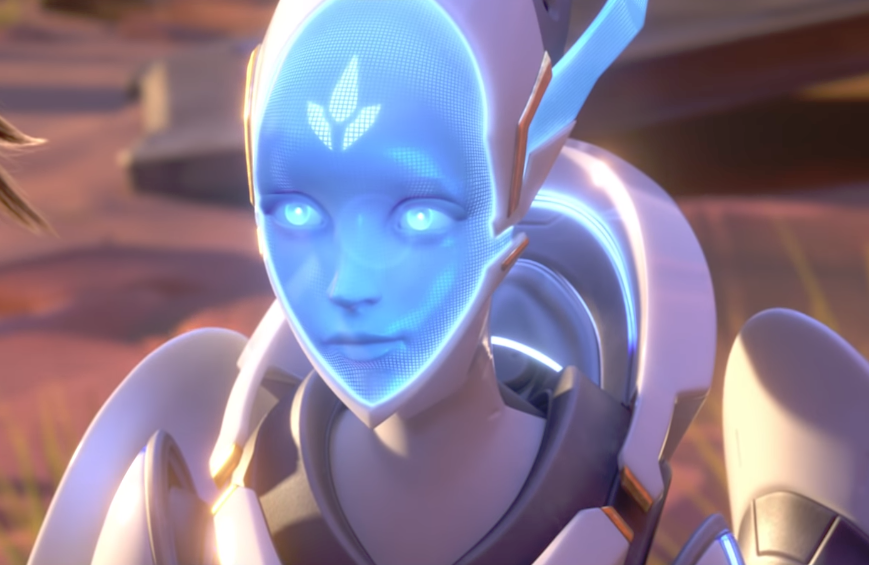 Though it was subsequently revealed that Echo isn’t the immediate new Overwatch hero, it’s very clear that she’s being set up as a future addition. Unfortunately for anyone hoping to see her in action soon, however, it turns out she’s also not going to be hero number 30.

While talking with Overwatch streamer Fran during her broadcast from BlizzCon, Kaplan confirmed that while the Blizzard team has big plans for Echo, fans will have to wait some time before she actually appears in-game.

Kaplan also revealed that they currently have six future heroes currently in different stages of development, with the actual 30th hero already in a playable state.

Based on Blizzard’s previous schedule, the 30th hero is likely to be released on or around March 20, with the reveal coming in the preceding weeks. After that, the 31st hero would be due near the end of July, if that is indeed Echo.

With so many heroes in the works it could well be even longer before Echo actually appears in-game, however. For instance, Doomfist’s gauntlet appeared in the Overwatch cinematic trailer but wasn’t added to the game until more than a year after launch, while a similar time elapsed between the first mention of Hammond and the arrival of Wrecking Ball.