Developers have answered fans questions on Overwatch’s newest hero Baptiste, less than a week before he’ll head to the main game.

Blizzard announced on Wednesday, March 13 that Baptiste would be coming to the main game and console on Tuesday, March 19.

On the same day, Developers answered fan’s questions about Baptiste’s lore and gameplay on the official Blizzard forums.

Besides answers on gameplay, Overwatch writer Alyssa Wong also gave fans some background on the game’s newest hero, and told fans Baptiste and Sombra are still good friends after meeting in Talon. 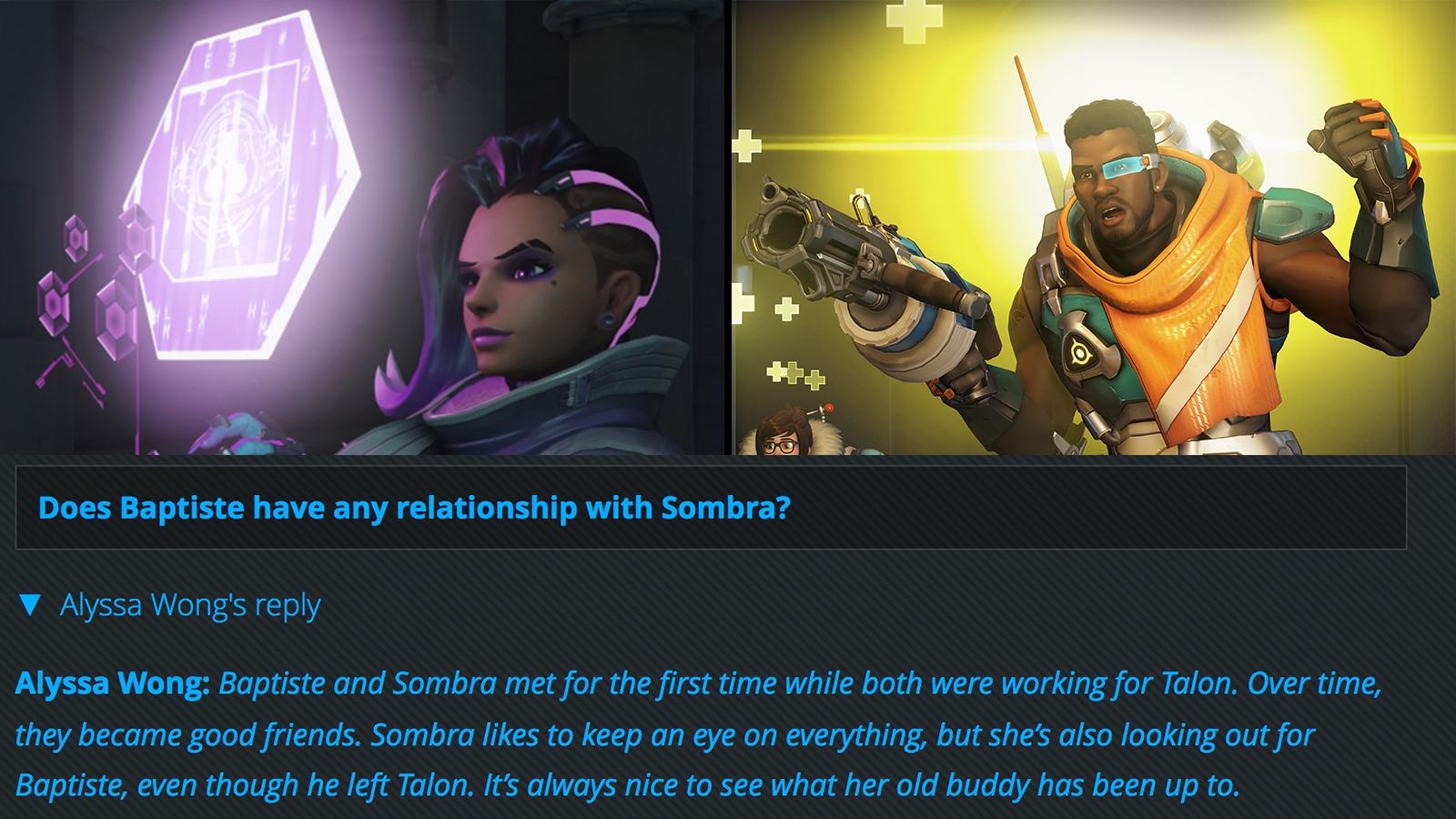 Some players asked why Baptiste’s Immortality Field was made into a secondary ability, rather then having it as his ultimate.

Overwatch developer Geoff Goodman explained that Immortality Field has a number of disadvantages when compared to other support ultimates.

“The Immortality Field has many disadvantages compared to other support ultimates such as Transcendence and Sound Barrier,” Goodman wrote. “If a Baptiste player can work around these disadvantages they can potentially use this ability to even stop another team’s ultimate, which can be a huge advantage to his team.”

Baptiste will be going live in Overwatch on March 19.
[ad name=”article3″]

The developers also confirmed that Baptiste’s Exo Boot ability, which basically allows him to super jump, would in fact be affected by Sombra’s hack and the reason it wasn’t on the PTR was because of a bug.

Many of the gameplay questions were about the Immortality Field, which makes sense since it is such a new mechanic for many players, and developers reassured users they would keep an eye on how the ability was received and worked in the main game.

Baptiste will finally arrive to all Overwatch servers and consoles on Tuesday, March 19, so players who weren’t able to get on the PTR won’t have to wait long to try the newest hero out.