An Overwatch developer has confirmed that Echo won’t be the next hero released to Overwatch in an interview on Youtube.

Ever since Echo was introduced to Overwatch fans during the premier of the “Reunion” sketch at BlizzCon 2018, players have been trying to figure out when the new Hero make it into the game, and what her abilities could be.

In a recent interview with German Overwatch Youtube channel HighscoreHeroes, Overwatch Developer Joshua Noh talked about how the Overwatch team goes about making a new hero, and hinted that it wouldn’t be Echo just yet, contrary to popular speculation. 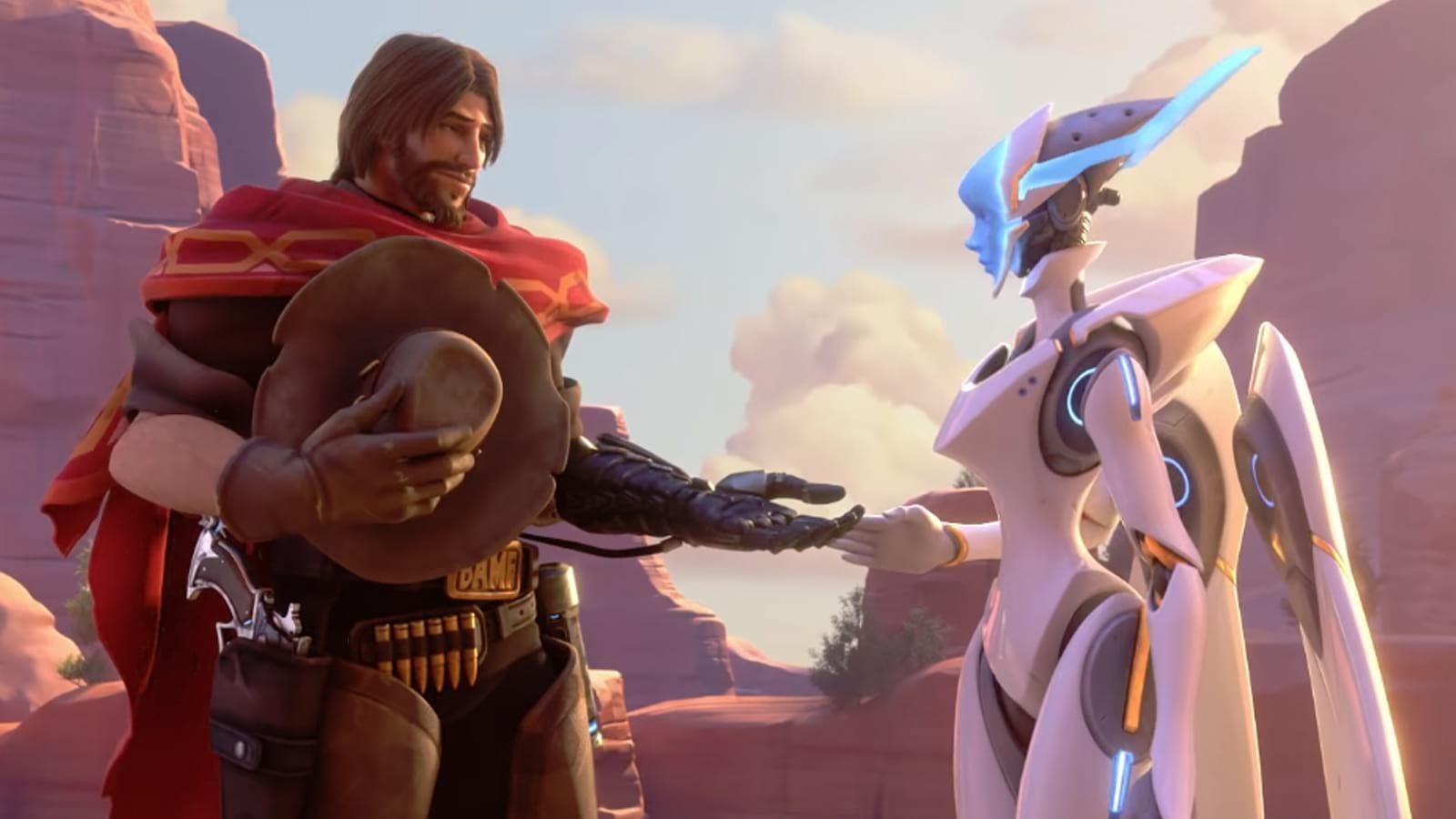 It was revealed that Echo had been stored in the container on top of the payload on Route 66 before Reunion, and after the short premiered the payload in game changed, to show she was now out and about.

Naturally, players assumed she would be one of the upcoming new heroes, but now it seems they’ll have longer to wait to see what Echo is all about.

“We’re definitely going to make her a hero at some point,” Noh said. “I don’t think she’s the next hero, if that tells you anything.”

Timestamp at 3:05 for mobile viewers.

Noh also said the Overwatch team would be staying away from complex hero releases, like for Sombra, going forward.

“We’re intentionally avoiding doing more ARGs like with Sombra,” Noh revealed. “Just because that ended up being not that well received.”

So Echo probably won’t be the next Overwatch hero, which only raises the question: who, or what, could it be?