Artist and Overwatch fan Gong Ill has once again created a fantastic 3D model, this time for the fan-favorite Junker Queen character.

Junker Queen was introduced on a poster just before the introduction of Wrecking Ball, and before we all knew about Hammond, a lot of people thought the Queen would be the next new hero.

It’s been almost a year since Hammond was released and Junker Queen is still a background character, but that didn’t stop Gong Ill from creating their own impressive 3D model of what the character could look like in-game. 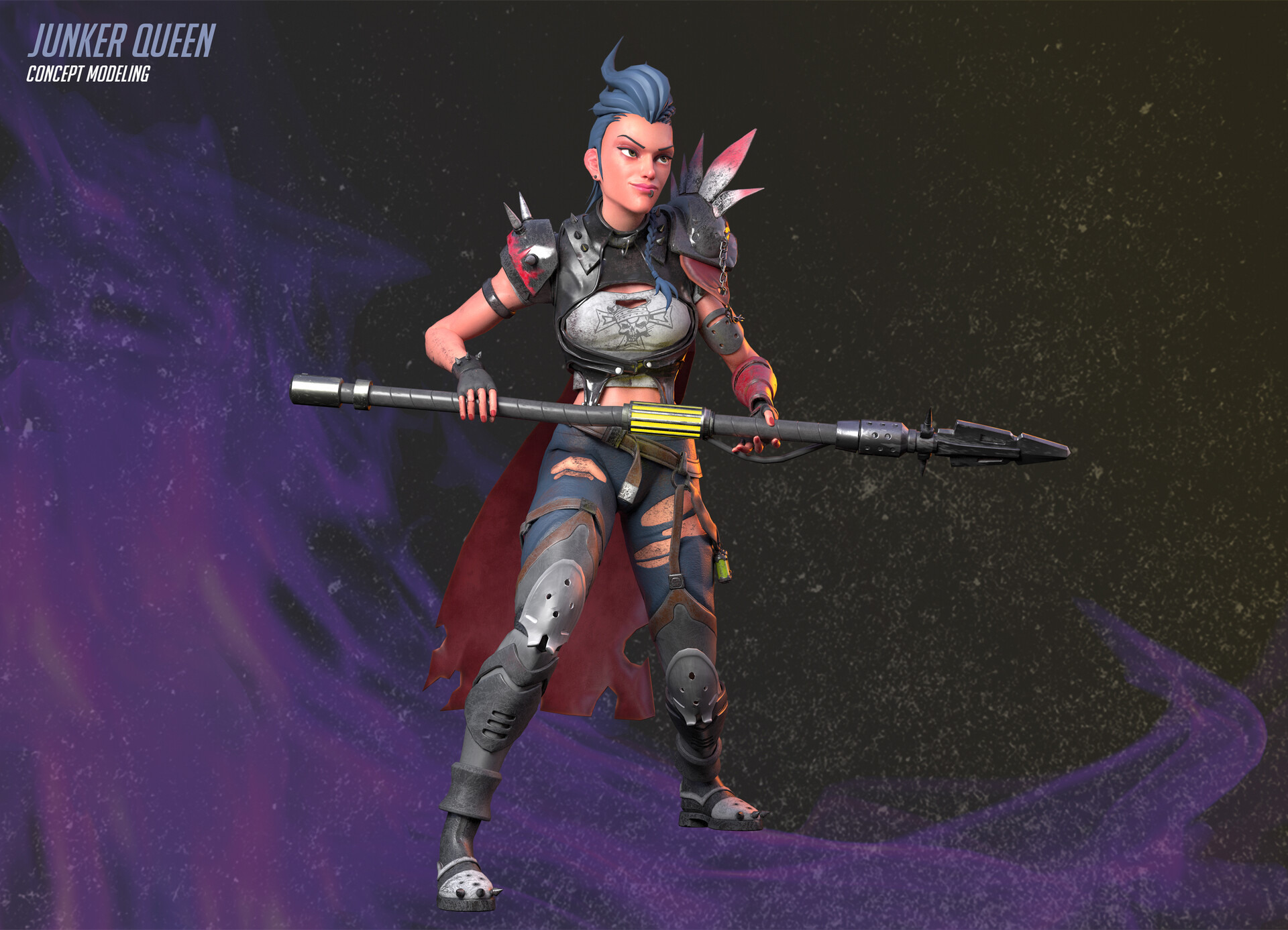 Junker Queen, ready to tear it up.
https://www.artstation.com/artwork/zAKvWD[ad name=”article2″]

The model is based on all the representations of the Junker Queen in-game, and Gong gets the details spot on.

She’s got blue hair, as well as a feather on the left shoulder and spikes on the right, just like in Hammond’s spray and origin story when she’s featured. 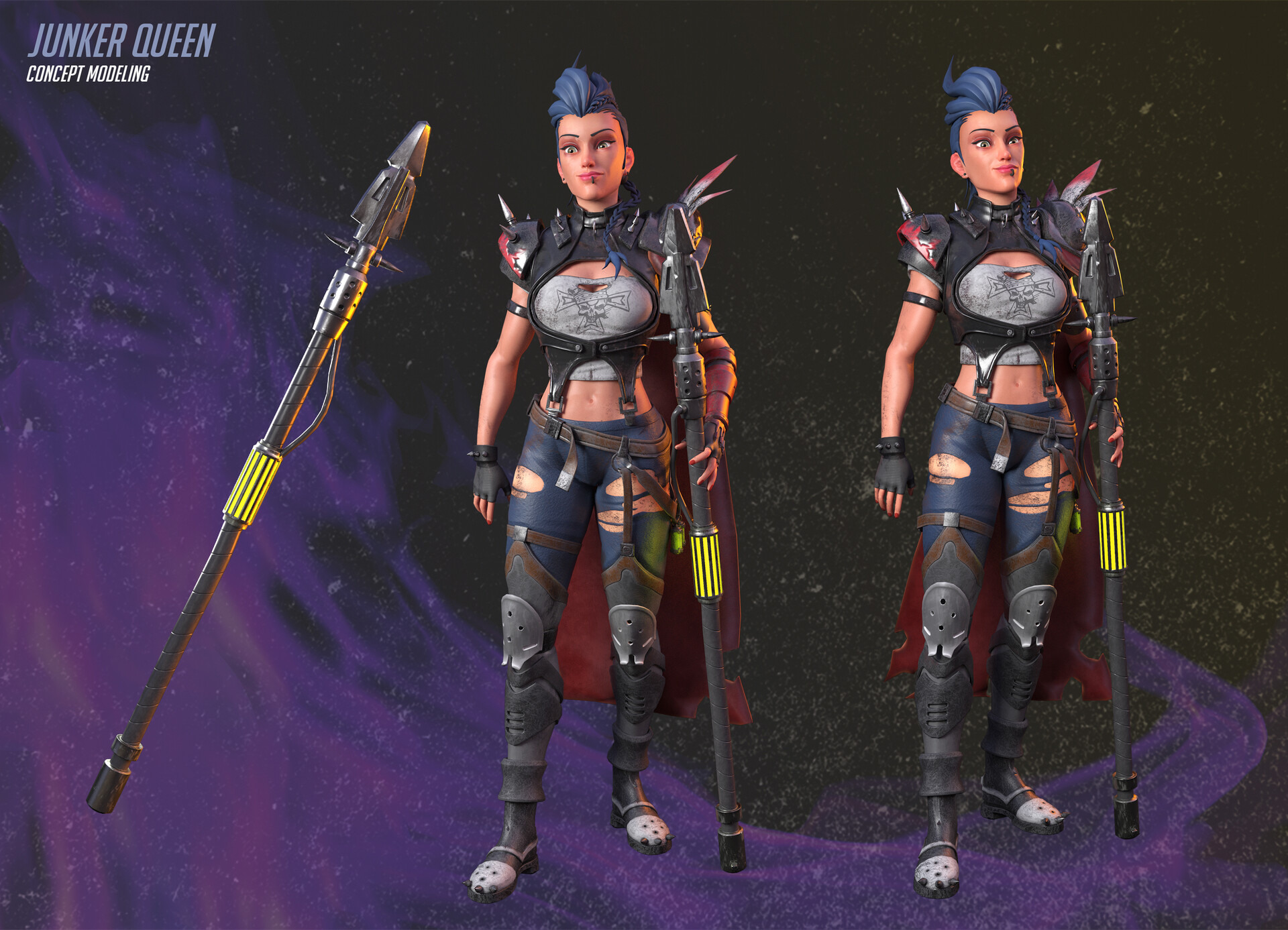 Junker Queen’s spear is straight from the Junkertown map.
https://www.artstation.com/artwork/zAKvWD

Gong even gave the Queen the spear that sits next to her throne on Junkertown as a weapon, just another example of the crazy detail in this concept.

If Junker Queen ever is added to the game, she’ll could definitely look a lot like this, but so far she only exists in the background. 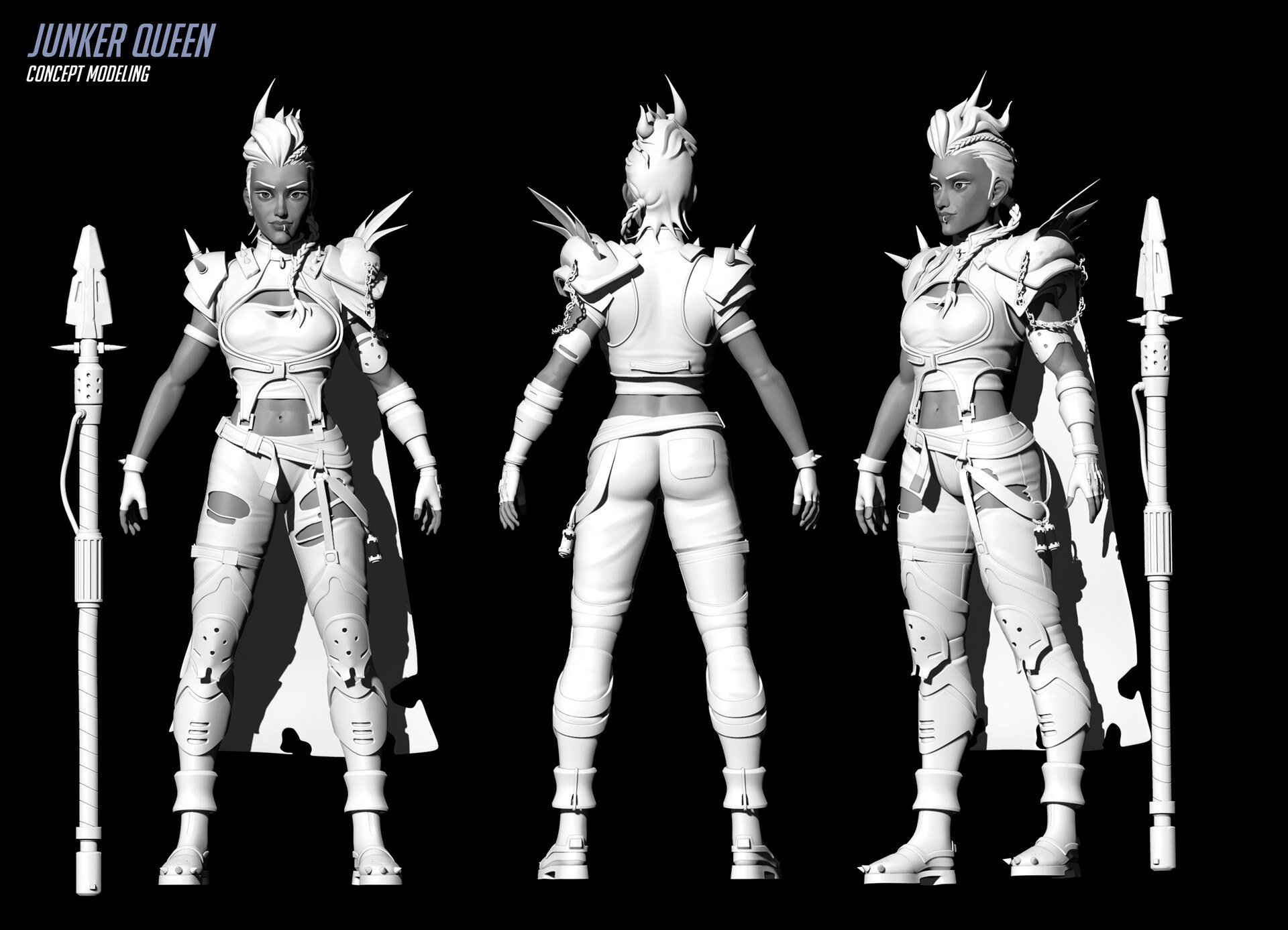 Will we ever get our Junker Queen?

Just how Maximilien figures into Storm Rising remains to be seen, but an in-game model of him has been previewed by Overwatch, so some are saying he could be a playable hero before long.

Whether Junker Queen will ever become an actual Overwatch hero remains to be seen, but thanks once again to Gong Ill, fans now have the next best thing to her being added to the game.