Apex Legends could use a new character, as fans grow familiar with the current cast, and borrowing from Overwatch would be a great idea, even if it’s unlikely to ever happen.

We’re well into Apex Legends Season 1 and while we were given Octane, players are still asking for more Legends to come into the game, leading to some more creative fans creating their own concepts.

With this concept, we take Junkrat, one of the popular heroes from Overwatch, and put him into Apex Legends, but retool his kit just enough to have him make sense in the King’s Canyon arena. 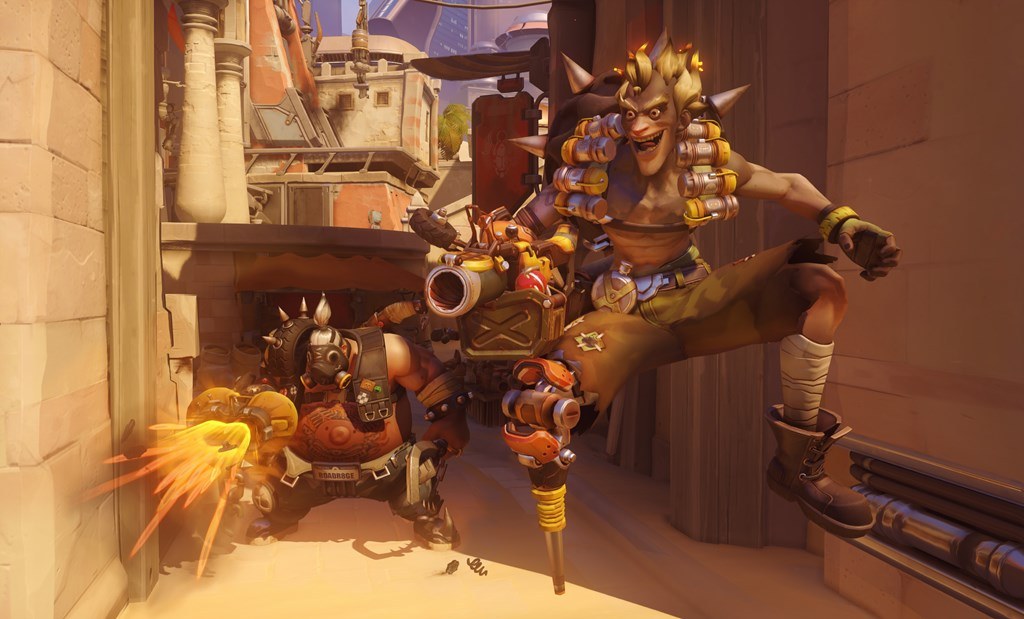 Junkrat is one of Overwatch’s oldest heroes.
[ad name=”article2″]

Junkrat obviously couldn’t come into Apex Legends with the exact same abilities as he has in Overwatch, so with some slight changes he’d become a true powerhouse.

Instead of having his rip tire, Junkrat instead has a Kamikaze ability that releases an explosion around his body when he is downed. This gives Junkrat his explosive abilities without having an all-powerful tire hunting down enemies on the battlefield.

This concept was created by Reddit user St1lysh and while the rip tire didn’t make the trip to Apex Legends, Junkrat’s traps and concussion bombs did. 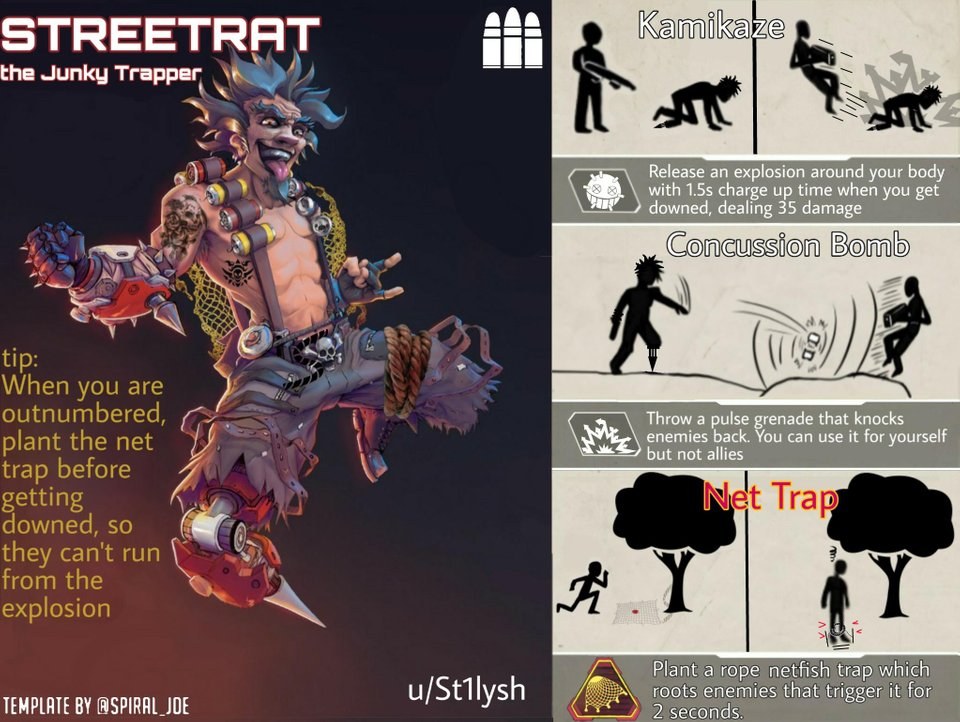 The concussion bomb knocks enemies back and the net trap roots enemies for two seconds, making it a very powerful trap if you’re able to get it in a choke point.

Apex is in need of a new Legend

It’s very agreed upon by the community that Octane was a welcome addition to the game but fans would certainly like to see more Legends come to the game.

We’ve received some information about potential future Legends but nothing has been confirmed by Respawn or EA so they remain just rumors for now. Shroud says he knows what the next Legend is but warned fans not to get their hopes up too high for it.

Many players have already finished up their Season 1 Battle Pass and are starving for new content, but Respawn appears to be keeping their cards close to the chest for now.