D.Va and Winston were revealed before the event began, but the others were kept in the dark until things went live.

There are also three new dance emotes, for Baptiste, Hammond and Ashe and players will receive one bonus Legendary Anniversary Loot Box, which will guarantee one Legendary item, just for logging in during the event. 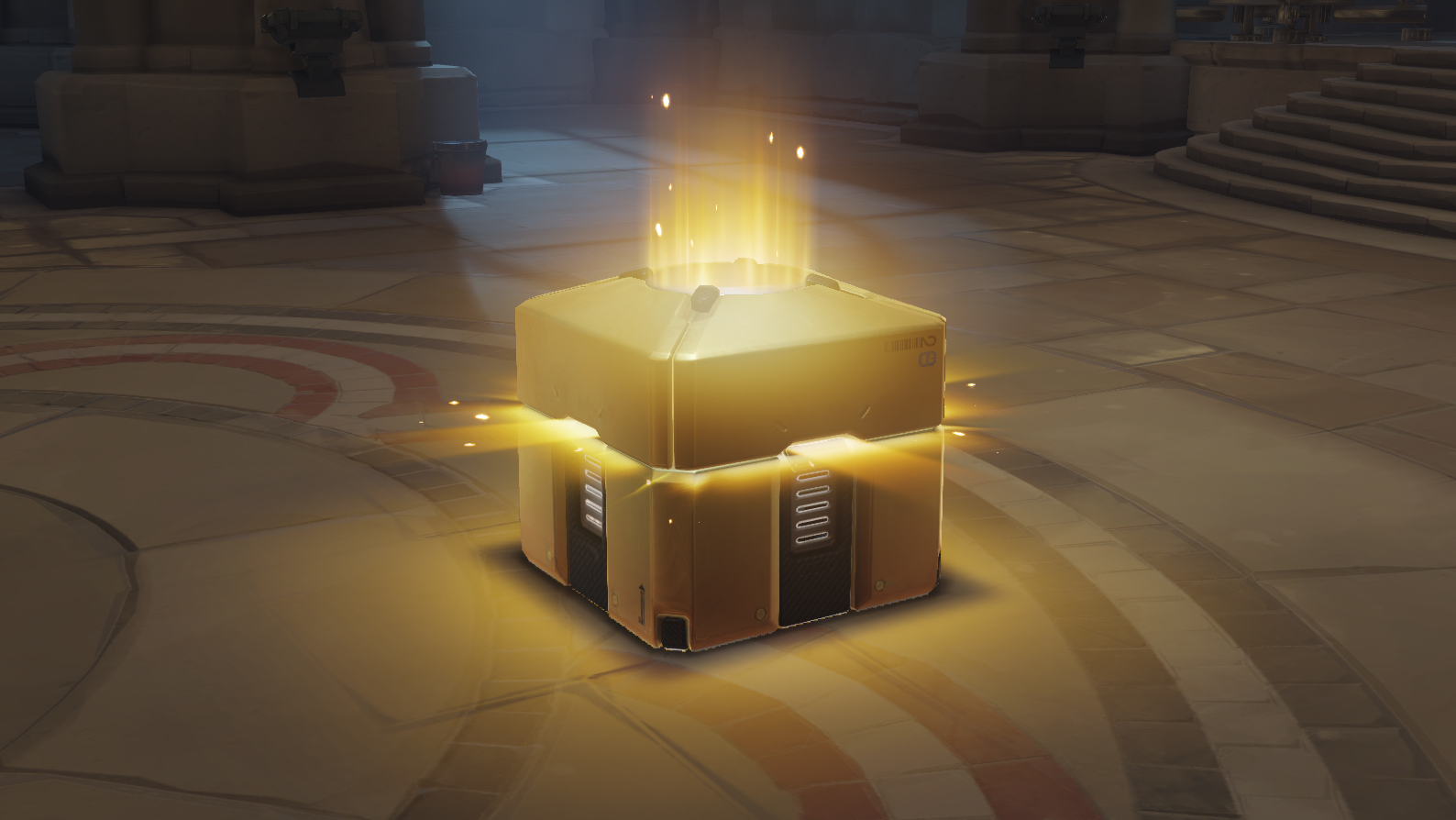 The fabled Legendary Loot Box is returning for the Anniversary event.
[ad name=”article2″]

In addition, players who purchase the 50 Loot Box bundle from the store will receive another Legendary Anniversary Loot Box as well.

All previous Seasonal Event loot and cosmetics will be included in loot boxes during the duration of the event, including things from the most recent Storm Rising event.

Overwatch will also be free to play for a limited time during the Anniversary event, from May 21 to 28.

The Workshop has arrived

In addition to the boatload of new content coming with the Anniversary event, Overwatch’s new Workshop mode will finally be going live for players on all platforms as well.

The Workshop has been on the PTR since it was first introduced with the Storm Rising event, so now that it’s available to even more players, there should be even more great mods and creations coming out of it.

Along with the event Overwatch has put out a brand new patch, and the full patch notes can be found below:

Celebrate Overwatch’s third anniversary with brand new items, including Legendary and Epic skins like Riot Police Brigitte, Academy D.Va, Carbon Fiber Doomfist, Honeydew Mei, Orbital Pharah, Gargoyle Winston, and many more! Did you miss any Overwatch festivities over the previous years? Don’t worry—you’ll be able to unlock items from past events using credits (or by opening Loot Boxes!) Relive the thrill of previous seasonal brawls in the Arcade, with a brawl of the day rotating throughout the Anniversary celebration.

Thank you so much for playing Overwatch with us over the past three years! Your continued support and enthusiasm help drive us to keep creating. We look forward to celebrating with you in-game!

We’re excited to share a new in-game feature called the Workshop! The Workshop greatly expands the game customization features available in the Game Browser by providing a simplified game scripting system. Enhance the Overwatch game modes you know and love with new game rules, new victory conditions, adjustments to the hero movement and abilities, and much more. Once you’ve designed an awesome new game mode, create a code to share it with your friends or the whole community*! To get started using the Workshop, see our Workshop blog post. We’re excited to see what you come up with!

Note that Workshop is a complex feature that we’re still iterating on, so we may need to adjust or turn it off as we work to improve it. Please post any questions or issues in the Workshop forum.