More changes reportedly on the way for Overwatch Competitive

More changes to announced changes for the way players could group up in Season 16 of Competitive play, for Grandmasters players (4000+ SR) at least.

Opinion on the change itself was divided among players but most people seemed relieved that Overwatch was finally doing something to try and improve ranked play after players have been complaining for what seems like forever.

On April 30 Slasher indicated on Twitter that sources close to him had confirmed the stacking changes were just the “first of several bigger changes” to come for Competitive Overwatch.

Slasher also said many of the changes coming were ones he had talked about in the past, such as a 2/2/2 role lock, role queue or solo queue options.

Overwatch Developers have said in the past they wanted to stay away from any kind of system that forced players into playing a certain way, but ranked woes have been some of the most constant complaints from players at all levels since the game came out.

Exactly what kind of changes could be coming to ranked remain unclear, but Slasher indicated there would be more information and details coming soon. 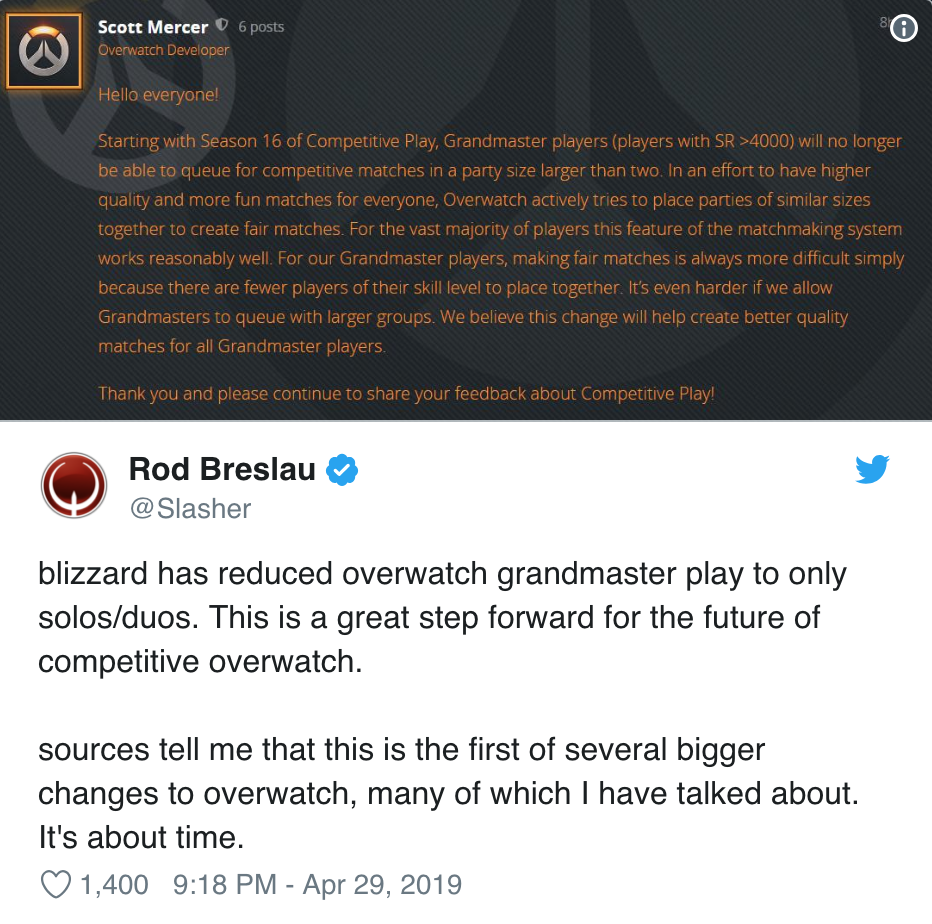 The state of Competitive play has definitely taken its toll on the Overwatch community. Terrible team compositions and uncooperative squad mates in ranked are basically a meme at this point.

Overwatch players have suggested everything from resetting SR at the beginning of a season to having different SR for different heroes, but so far one of the most popular ideas seems to be some kind of role queue.

With a good chance that changes to ranked are coming, all that remains to be seen is if they’ll actually “fix” Overwatch’s Competitive play.