McCree gets classical in this great fan-made skin concept

One Overwatch fan has gone above and beyond in turning McCree into a Cavalier in this great fan-made skin concept.

Cavalier, besides being the name of a basketball team from Cleveland, refers to a style of dress popular with aristocrats in late 17th century Europe.

McCree might be the perfect Overwatch hero to be made into a cavalier and artist ISAAC_9797 did a great job of bringing his original skin concept idea to life.

A Cavalier in the Cleveland Cavaliers logo.
[ad name=”article2″]

“I art thou huckled berry”

To start, ISAAC gave McCree a period appropriate hat with a large feather and a wig that would have been very stylish in the 1680s.

The entire skin has a crazy amount of details, from McCree’s robot arm to his luxurious fur-lined coat.

His pants and boots have a crazy amount of detail added as well, although it is a bit strange to see cowboy spurs on the type of boots McCree is wearing. 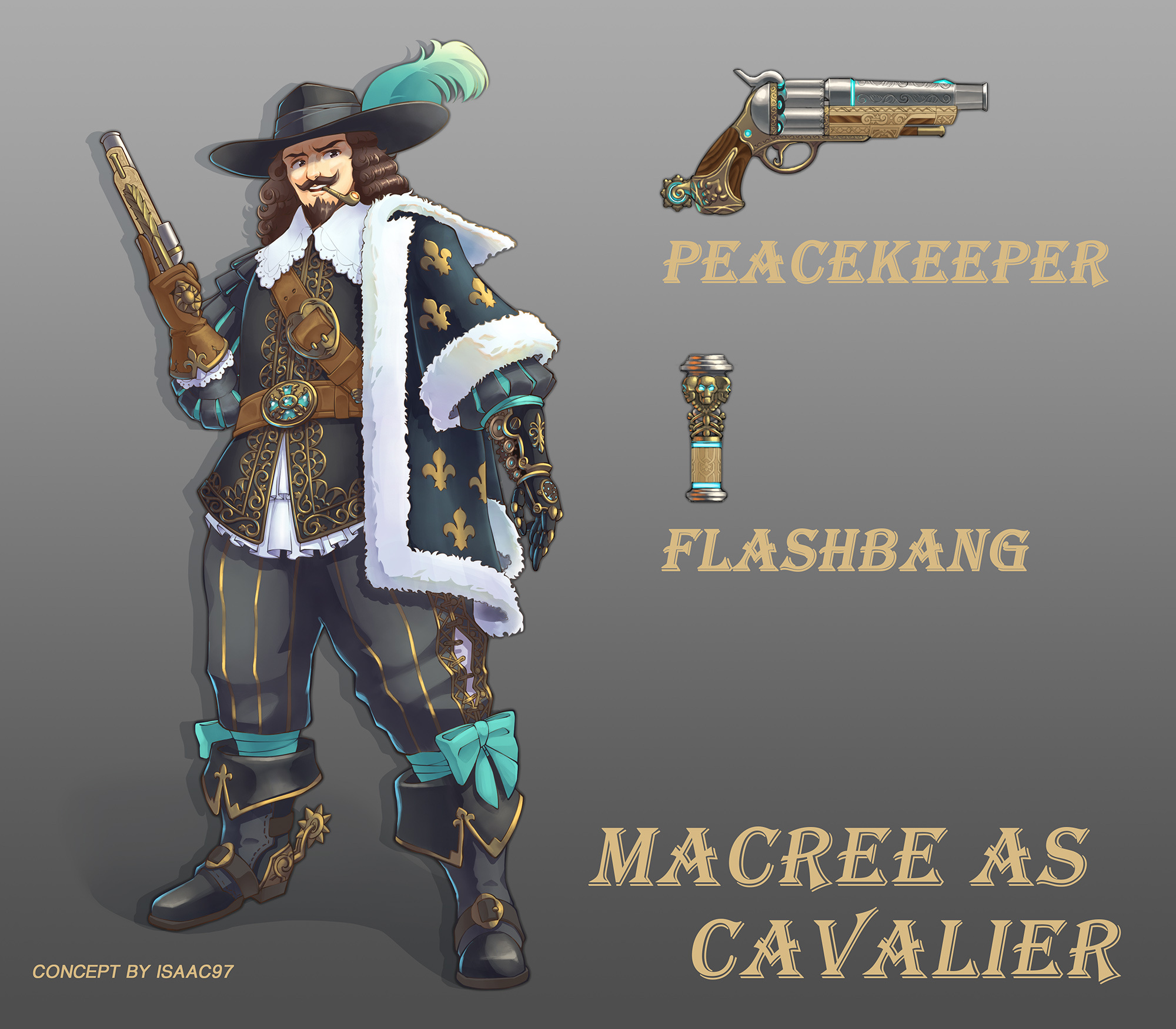 Could this skin happen?

This skin is completely original and seems pretty in line with cosmetics we’ve seen for McCree in the past, so something like the ‘Cavalier’ skin could definitely happen one day.

There will be plenty of new Overwatch skins coming with the Anniversary event, which starts a few weeks after the Archives event ends on May 6.

We don’t know exactly what the new skins will be, but Overwatch director Jeff Kaplan teased a new D.Va skin after the Storm Rising event came out that would “break the internet.”