Archives event started on April 16 and brings a new PvE brawl called Storm Rising, as well as updates for heroes like Reaper, Symmetra and Junkrat.

Junkrat also got a brand new epic skin for this year’s Archives event called ‘Circus’ that turns him into a clown – but it’s not the skin that has players laughing. 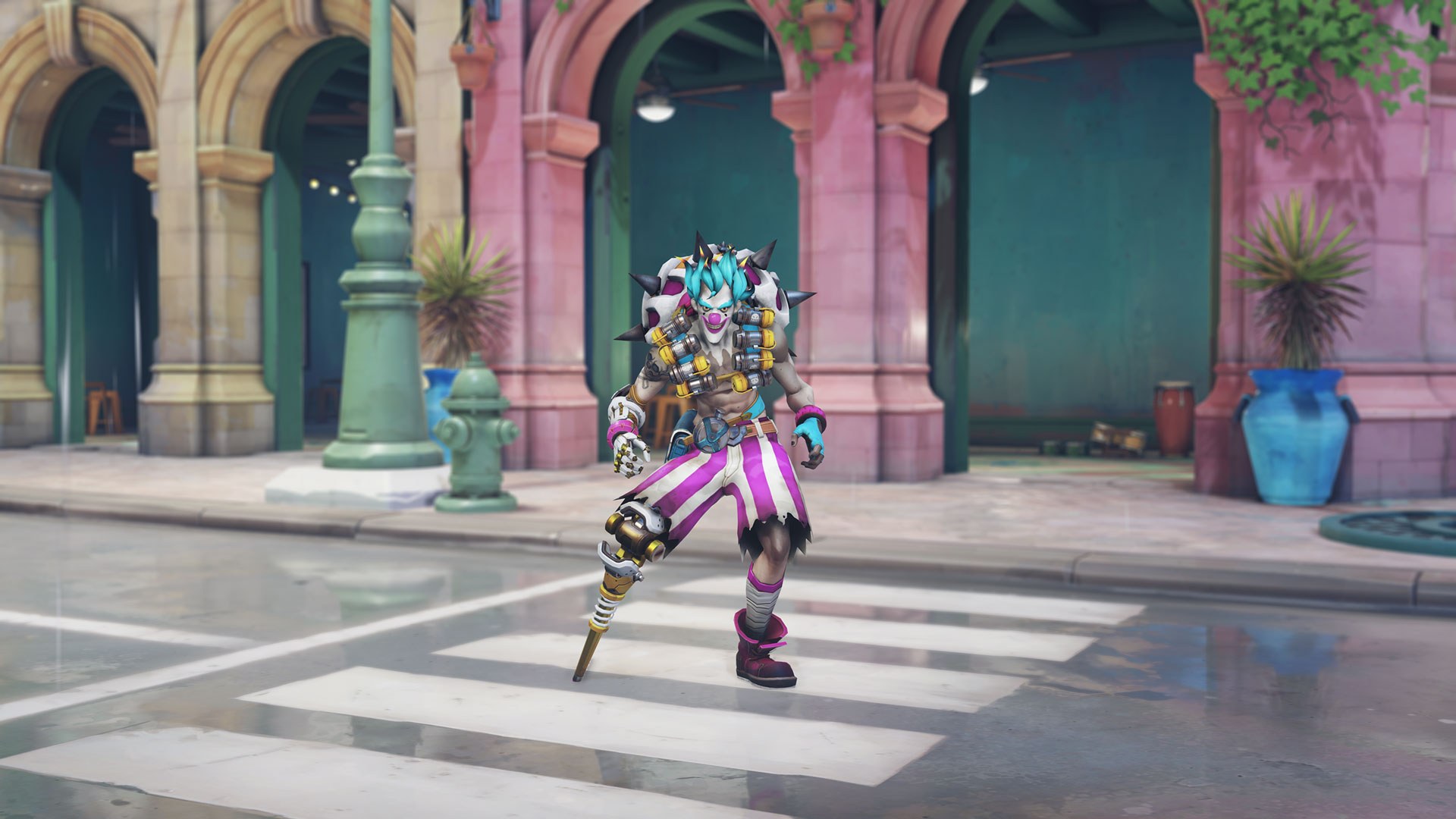 The glitch seems to happen every time Junkrat dies while using the Circus skin: instead of falling down into a rag doll as usual, he seems to sit in an invisible chair with an unfortunate look on his face.

The bug is pretty widespread, and players have reported that it happens every time Junkrat dies while wearing his new skin.

Other than looking hilarious, the bug doesn’t seem to affect anything else, like the drop of Junkrat’s grenades upon being eliminated.

Since the bug is so widespread, it’s probably on the top of the list of things to fix, and will probably be taken care of in the next patch.

Other glitches in Storm Rising?

There aren’t a ton of glitches in the latest Overwatch patch, and Junkrat’s is definitely the most obvious, but there have been some interesting things found on the new map, Havana, which was released to the PTR on April 18.

Along the winding streets of Havana, players have found at least one secret ledge that heroes can take advantage of.

We don’t know exactly when the next Overwatch patch will be coming, but the next event will be the Anniversary event, which usually begins in late May.