Overwatch cosplayers routinely debut some of the most meticulously conceived designs for their favorite heroes, but this take on Barbarian Zarya could top some of the best to ever come out.

The Overwatch community is definitely among the most creative group in all of fandom since they continuously make everything from terrific cosplays to fan-made skins and even concept hero designs.

Zarya is one of Overwatch’s more versatile tanks, and cosplayer Janos ‘The Dunwich Crafter’ Astarte was able to recreate all the minute details that the heroine has in her Legendary Barbarian skin to perfection.

Barbarian Zarya is almost a night and day transformation from her base form, but the cosplayer was still able to capture all the insane details that come attached to wild skin.

There are what looks to be dozens if not hundreds of intricately created pieces that accumulate to the overall cosplay. The Dunwich Crafter was able to expertly idealize and craft every bit of prominent armor or barbaric accessories like the spiked pauldrons which really ties the outfit together.

Even more impressive is the epic Particle Cannon that was made for the cosplay which is a mirror image of the one in game featuring the skull of a beast covering the front portion of the gun.

The design is a breathtaking example of commitment as the cosplayer is decked from head to toe with extremely detailed plates of armor and fur lined clothing.

Is this the best Overwatch cosplay for Zarya?

The Dunwich Crafter’s take on Zarya is definitely a design that would stand out among a pack of Overwatch cosplayers any day. As far as Zarya cosplays go, this is hands down some of the best work created.

There has been numerous cosplays from the Overwatch community that shows the same quality but for other heroes in the game. 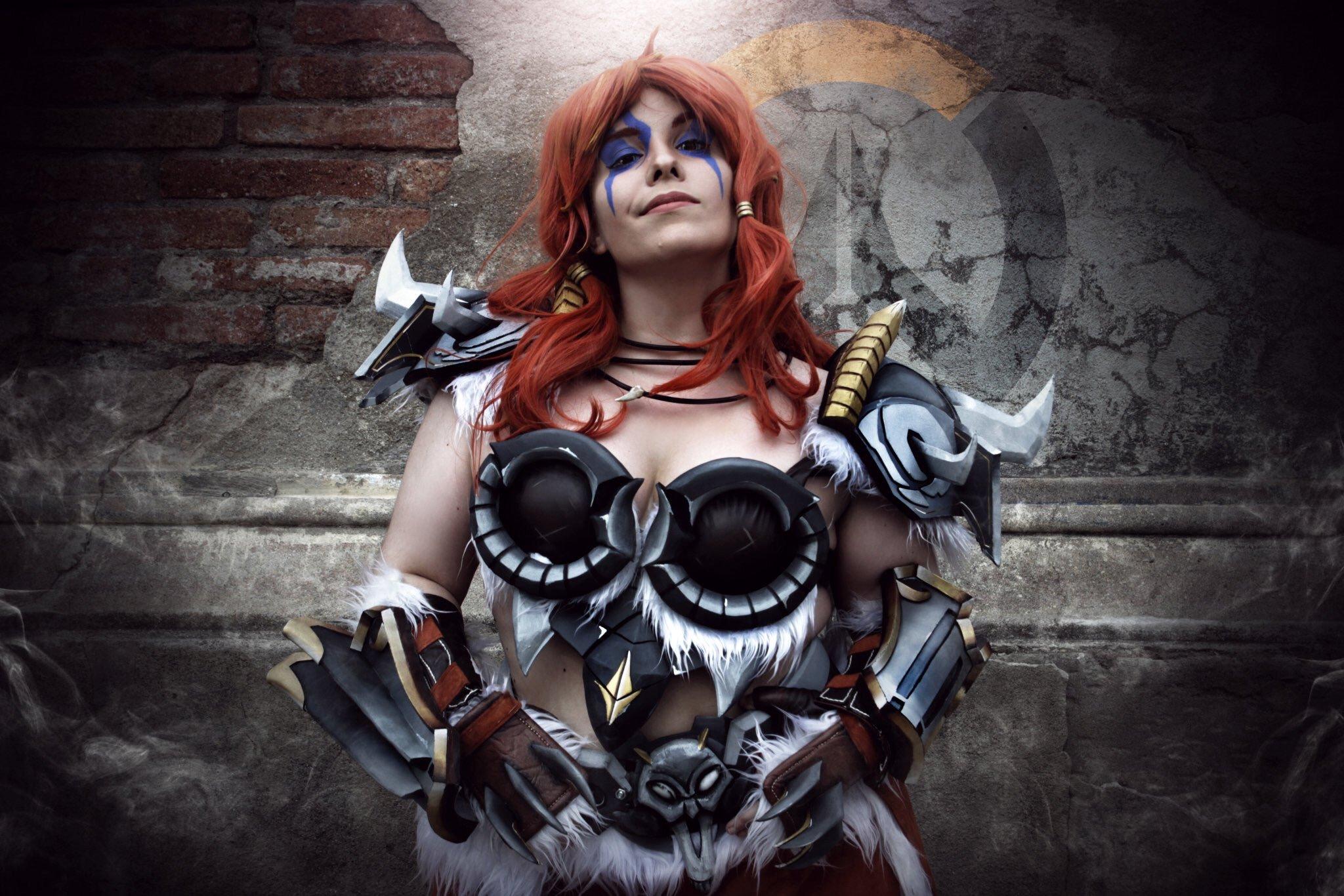 Even though the Overwatch community come out with increasingly impressive designs, this Barbarian Zarya can hold a candle up to the best of them.

We’ve seen fantastic D.Va cosplays that take her likeness from all sorts of inspiration while staying true to the original design. Even Blizzard went out of their way to put on a competition to see what the world’s cosplayers could accomplish.

A design like The Dunwich Crafter’s is always a welcomed entry to the long list of amazing Overwatch cosplays to have been created, and fans will definitely be on the lookout for more incredible creations like this.