Improve your Reinhardt play with this useful Overwatch training mode

An Overwatch fan has used the Workshop to create a useful practice tool for Reinhardt players.

The Overwatch Workshop has proven enormously popular since its release to the Public Test Realm (PTR) on April 24, giving fans the ability to create all kinds of new game modes with lots of control over the settings and rules.

As well as producing recreations of all kinds of other titles, from Flappy Bird to CS:GO, as well as a huge variety of unique new game modes, players have also used the Workshop to develop useful practice tools for improving at Overwatch itself.

Those that want to improve their aim now have a comprehensive training mode to use, but players are also starting to develop more hero-specific training, such as a mode for practicing Ana grenades. Now the creator of the Ana Nade Tool, u/DarkyPaky, has developed a training mode for Reinhardt players.

The head-to-head play against the enemy Reinhardt is a large part of success with the hero. Earthshatter can be entirely negated by a well-placed shield, and any attempts to move you out of the way with a charge can be countered with a charge of your own. 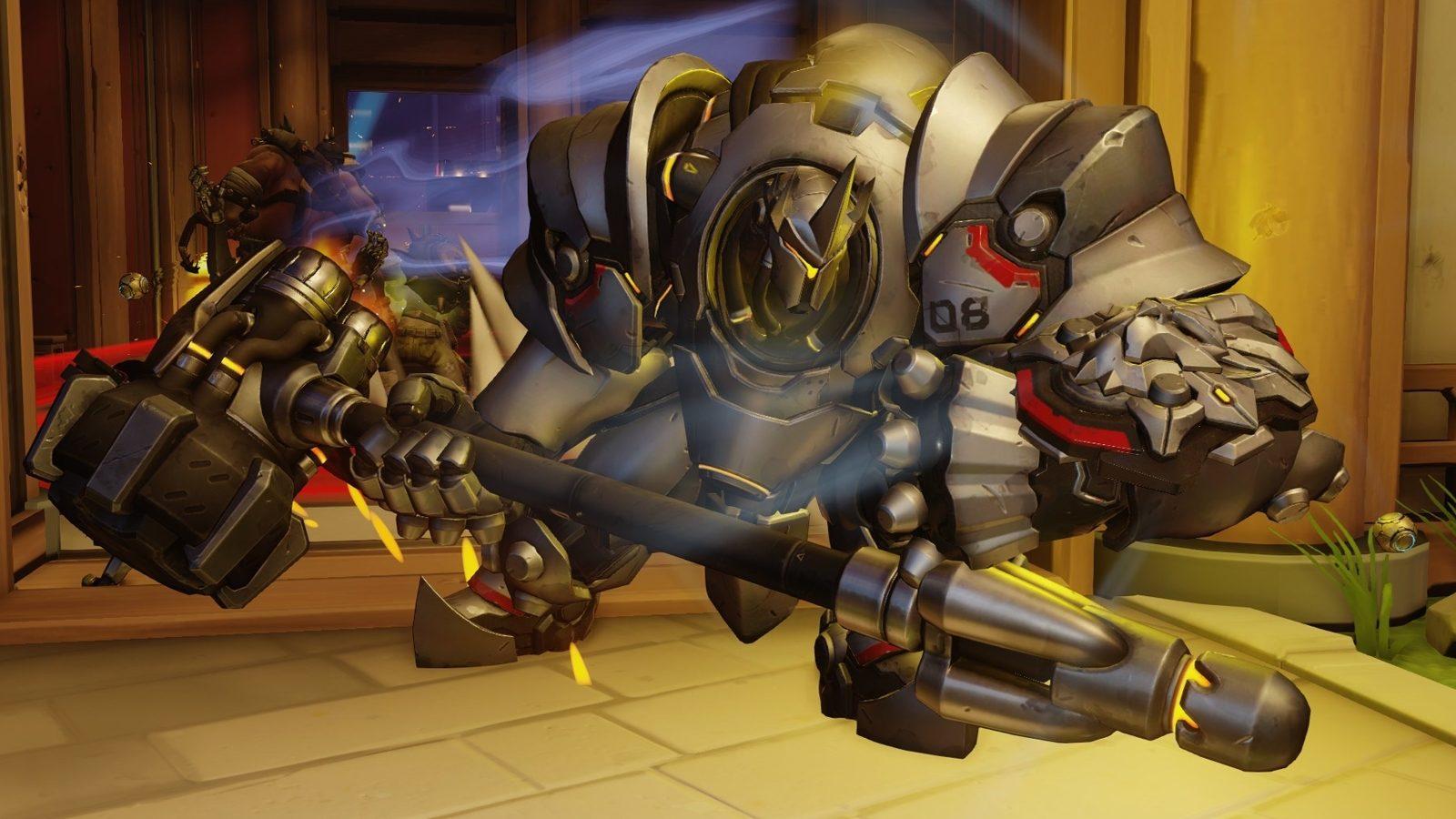 Outplaying the enemy Reinhardt is often crucial to success.

This training mode allows you to practice both of these elements. An enemy Reinhardt will spawn and perform one of the two actions, and you must react to its position and take the necessary counter measure.

The training mode also has an Ana option, which operates in the same way but with Ana attempting to hit you with a sleep dart instead that must be blocked with the shield.

Players must step into the blue circle to initiate the practice. Using the “Hello” emote selects Reinhardt as the opponent, while “I need healing” selects Ana.

While the training process is automated, unfortunately the limitations of the current workshop mean that the mode does require another player to be in the game to act as the enemy, although they won’t have to actually do anything.

Players that want to try out this practice tool themselves can do so with the share code 440GD.

The Workshop is currently only available on the PC-only PTR, but will become available to all platforms when it moves to the live servers. Blizzard haven’t revealed when that will be, but with three weeks being a fairly standard test time for major new features it seems likely that players won’t have to wait too much longer.