Ashe and B.O.B. haven’t gotten to experience Overwatch’s Halloween Terror event, but one creative fan has seen to it that they have the appropriate outfits when it rolls around again.

B.O.B. and Ashe were first introduced at BlizzCon 2018, which happened in November after Halloween Terror had ended for the year, so 2019 will be the first year the two get to experience the event.

Artist and Overwatch fan Armondo Gonzalez-Dorta stunned fans earlier in the week with his original Vampire Ashe skin and now he’s back with an equally awesome skin for B.O.B. 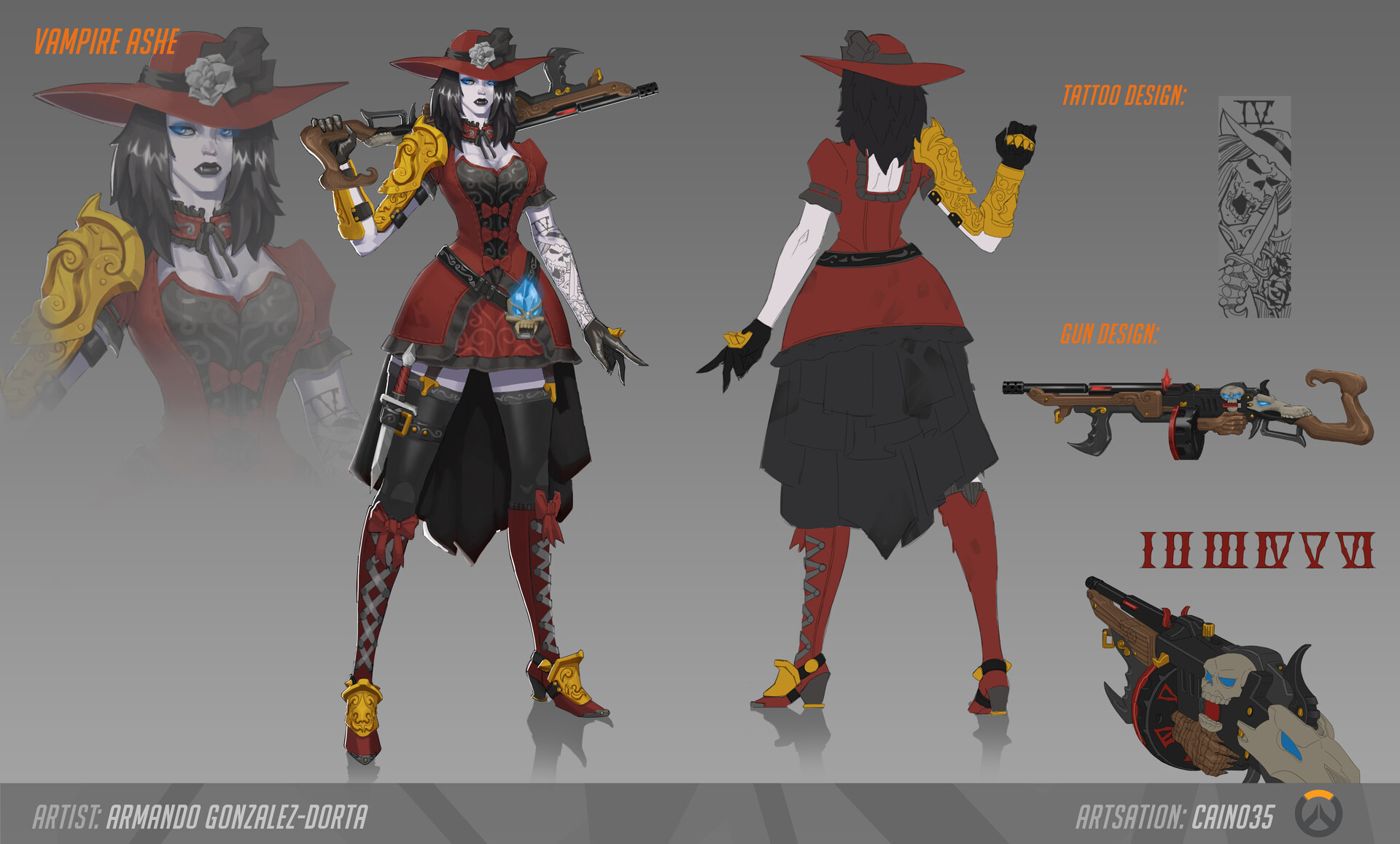 Like Ashe, Gonzalez-Dorta has transformed B.O.B. into a creature of the night with adorable little bat wings and a petite top hat.

As Vampire Ashe’s loyal Omnic servant, B.O.B. looks ready to dig some graves (hopefully to bury Ashe’s victims, and not to dig anything up) with his new massive shovel. 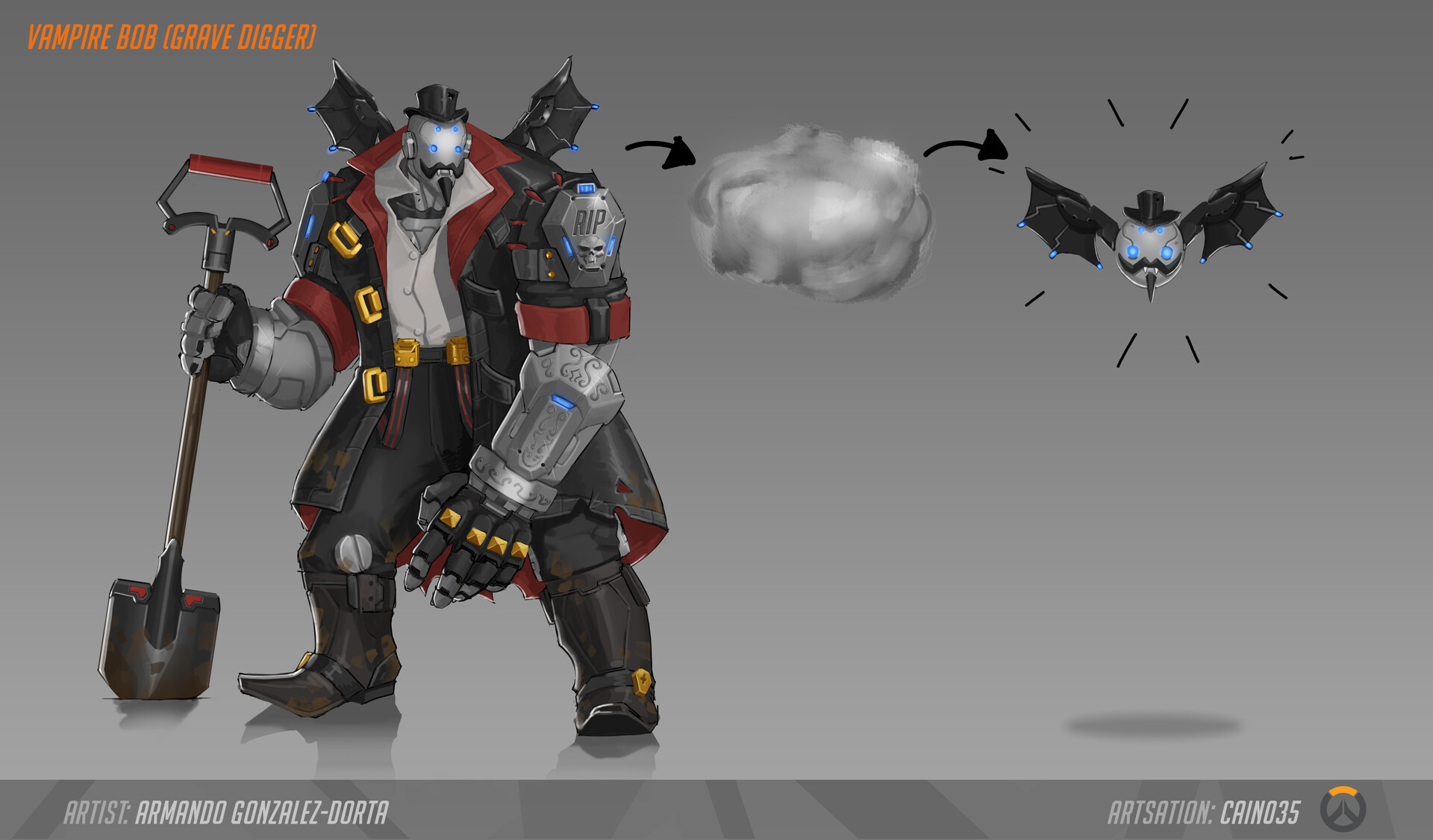 A vampire isn’t a vampire unless they can turn into a bat, so Gonzalez-Dorta even created an adorable bat form for B.O.B. that would be a great way for him to fly away after being deployed by Ashe instead of just jumping.

Vampire B.O.B. would be the perfect companion for Vampire Ashe this Halloween, now it’s all up to Blizzard to make it happen. 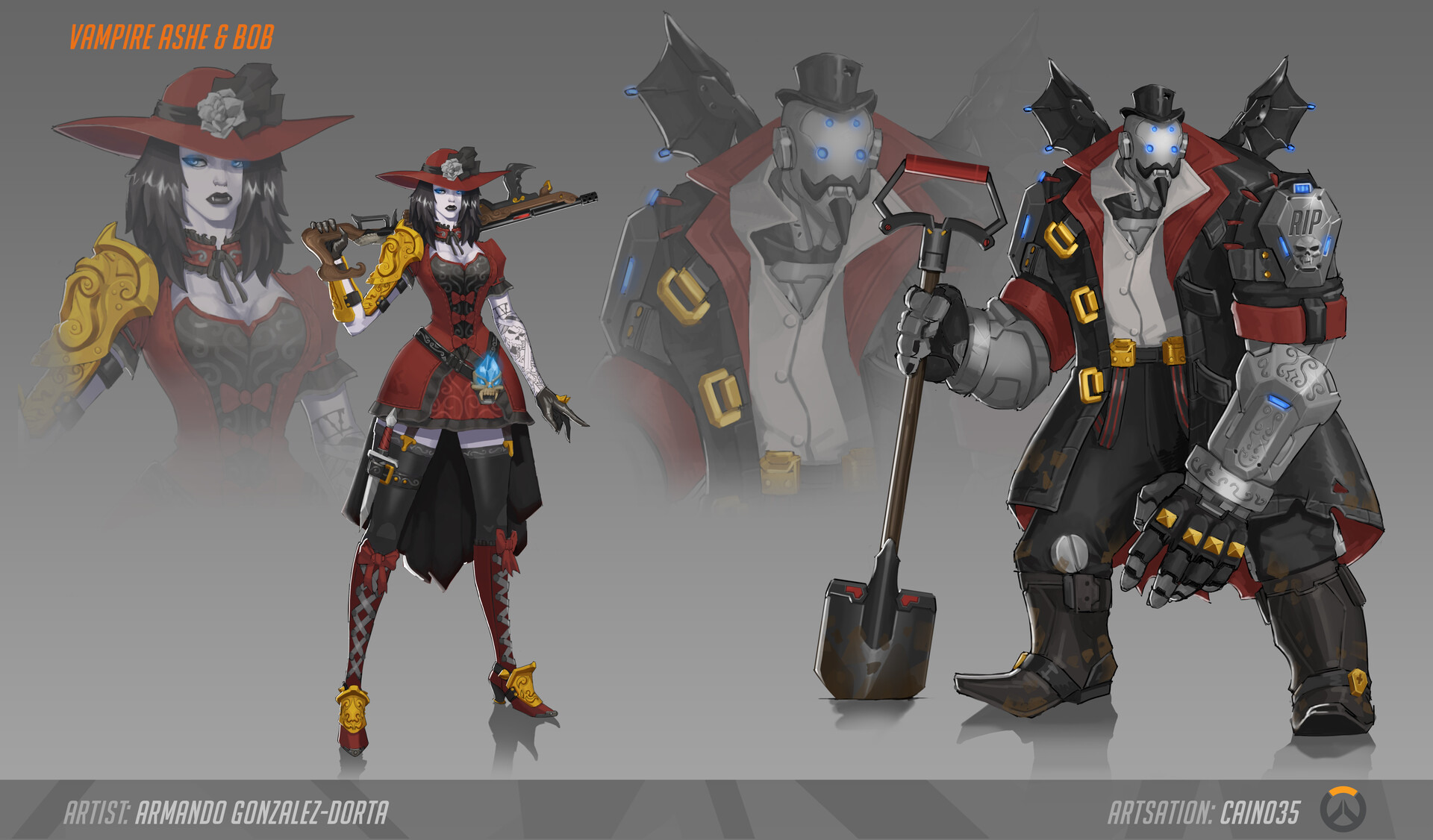 We would definitely buy some loot boxes to try and unlock these.
[ad name=”article4″]

Ashe and B.O.B. weren’t the only heroes to get a new fan-made skin this week, McCree was also turned into a Talon double agent by one creative fan.

Overwatch fan and artist Dave Lopez gave McCree his Talon makeover, that could work as a Halloween costume too, in a pinch. 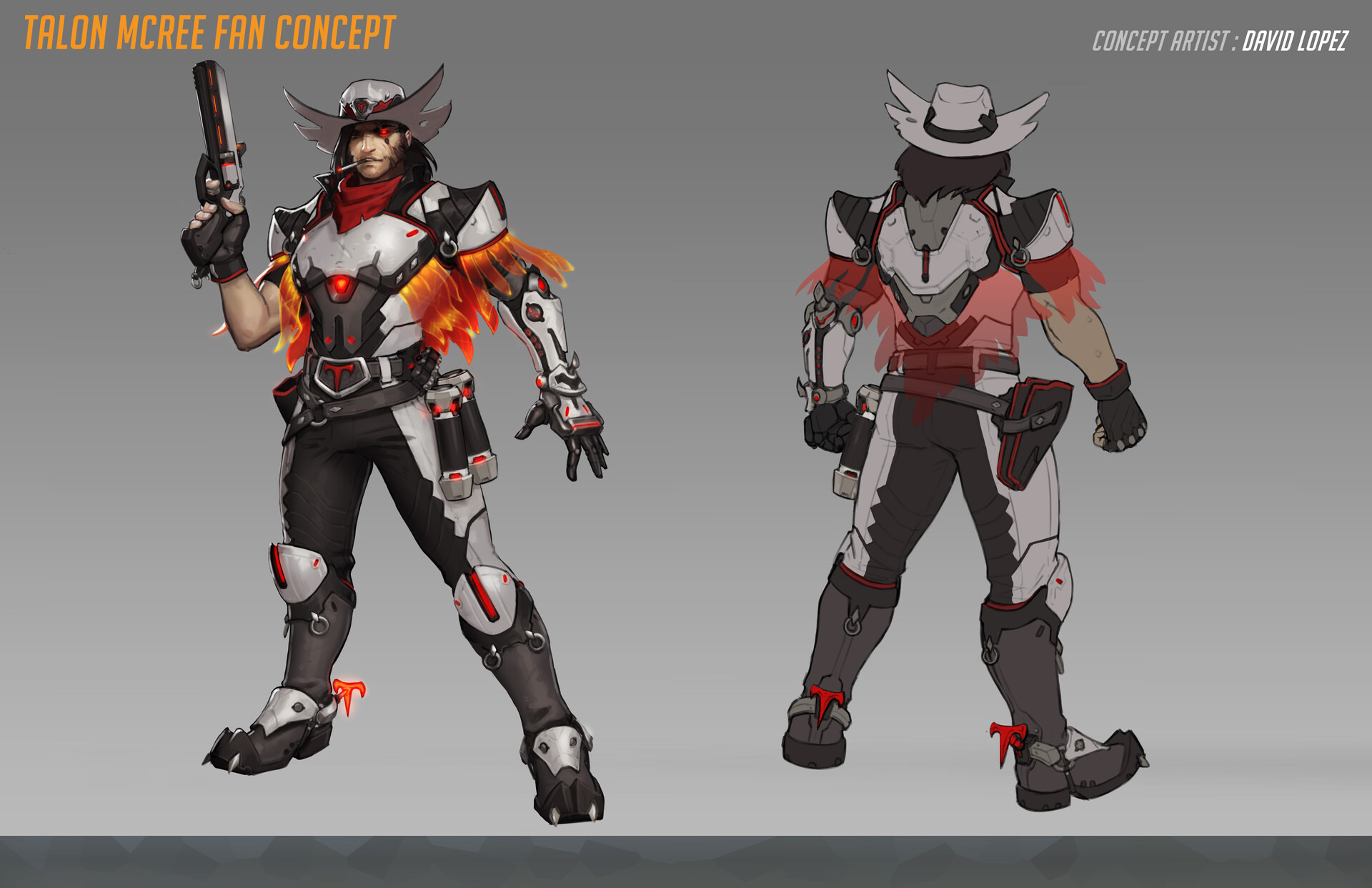 With Summer Games officially over on August 5, fans will have at least a few months to wait for any official skins until Halloween Terror begins sometime in October.