How to get Sombra’s Demon Hunter skin in Overwatch

Overwatch players who didn’t go to BlizzCon or purchase a digital ticket will finally be able to get their hands on Sombra’s Legendary Demon Hunter skin soon.

Blizzard gives out unique in-game rewards to fans who purchase tickets to BlizzCon, with exclusive skins for Bastion and Winston offered in 2016 and 2017.

The Diablo-inspired Demon Hunter skin was given to players who purchased a BlizzCon virtual ticket in 2018 and was unavailable to everyone else, until now. 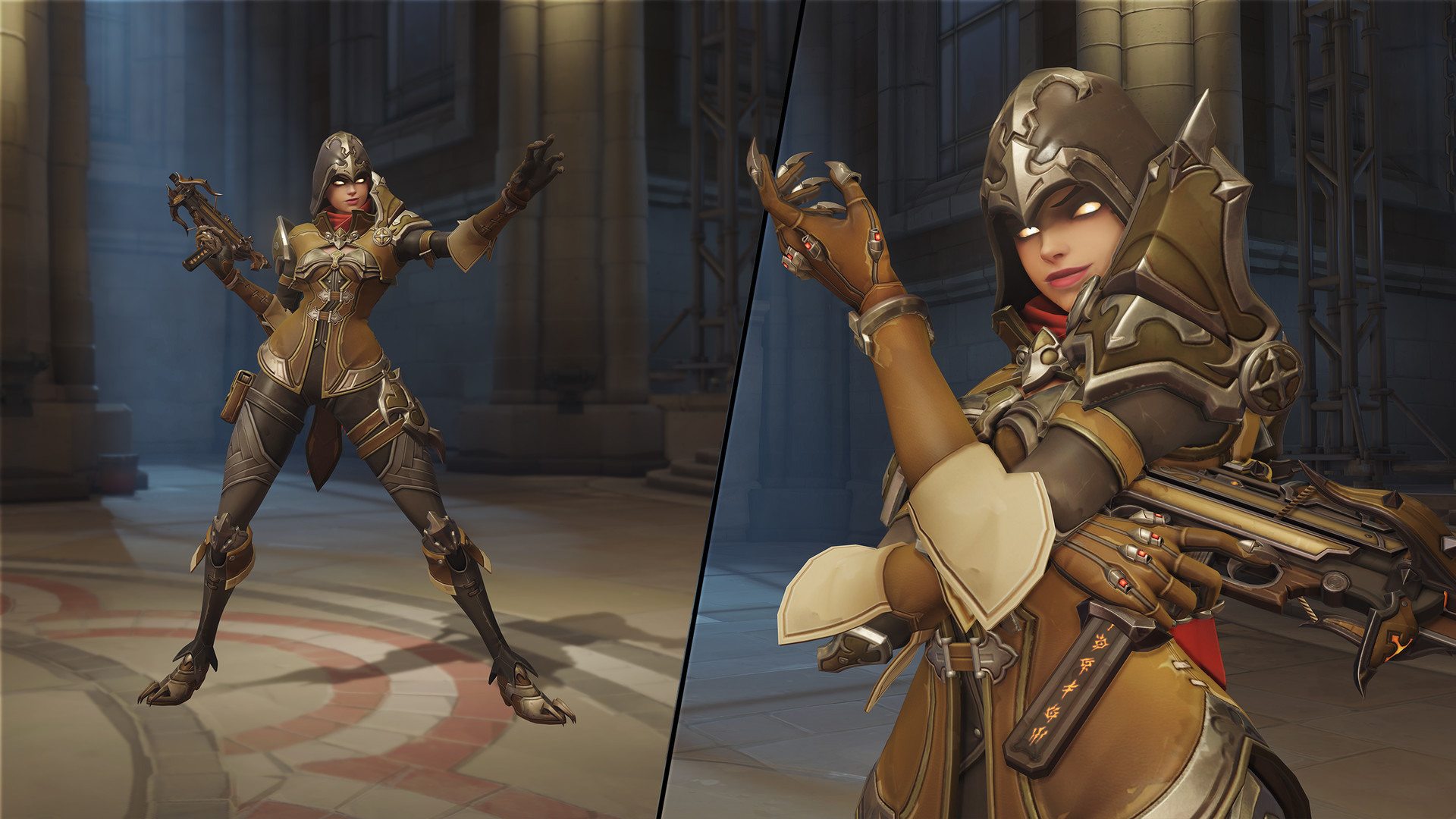 Coming to a PTR near you

As a legendary, the skin will cost 1000 coins to purchase in the shop, if players don’t want to wait and try to get it in a loot box.

The skin itself is one of Sombra’s best, giving her a hood and some creepy monotone colored eyes.

Her gun might be the best part though, as its been turned into a little mini crossbow that actually moves while firing and when Sombra reloads. 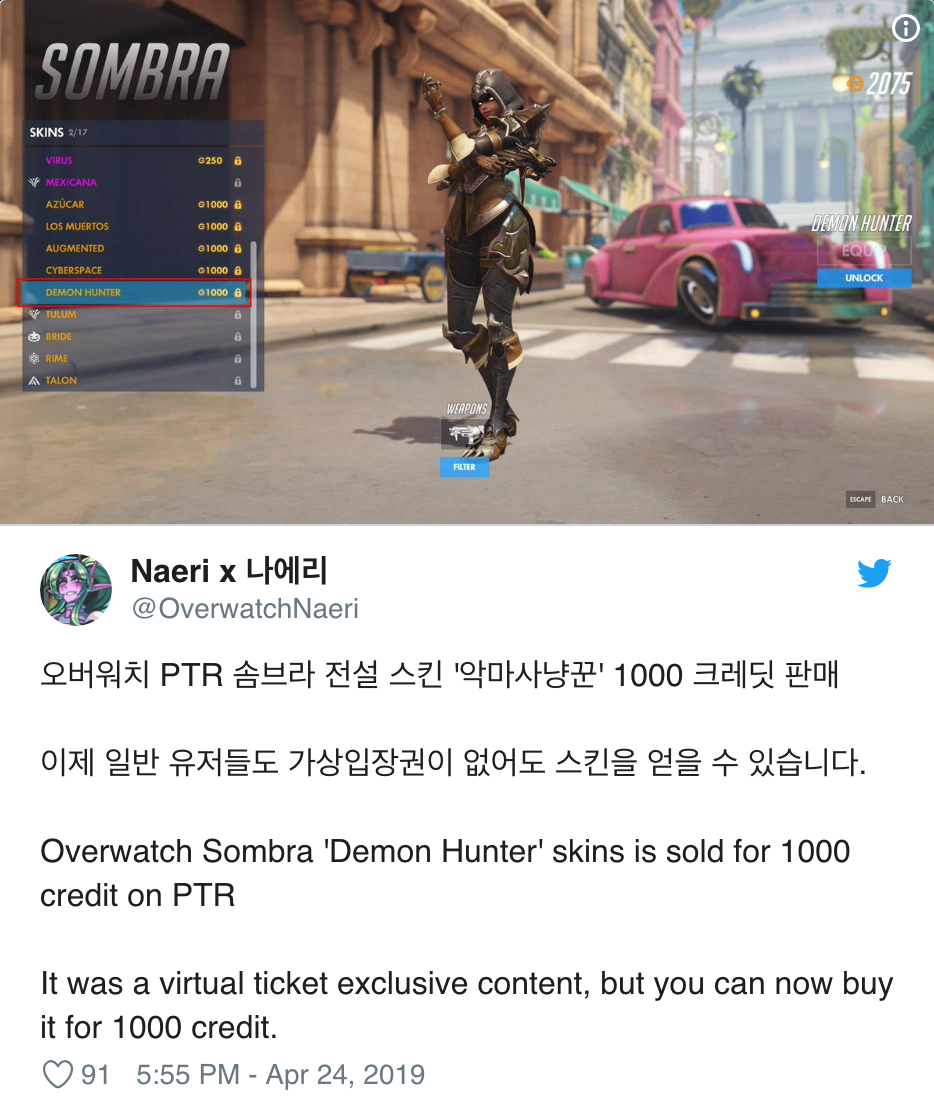 Will it go live for the Anniversary event?

Overwatch’s Anniversary event usually starts in late May. Since the Storm Rising Archives event ends on May 6, it would make sense to see the skin become available shortly after for the game’s annual festivities.

Hopefully Blizzard won’t count Demon Hunter as a “new” skin for the 2019 event since it’s been in the game for several months, and because players would want as many actual new skins as possible, of course.

Exactly which heroes will be getting new skins for the Anniversary event is still unknown, but during a stream following the launch of Storm Rising, Jeff teased a brand new D.Va skin coming for the event that would “break the internet”.