Festive Overwatch skins would be perfect for Winter Wonderland

One Overwatch fan and artist has come up with a couple of original skin concepts that would go perfectly with the game’s seasonal Winter Wonderland event.

Winter Wonderland kicked off on December 10 and brought seven new skins into the game, along with a bunch of other winter and holiday-themed cosmetics.

However, that wasn’t enough for Overwatch fan and content artist Armando Gonzalez-Dorta, so he decided to create his own original skins for Tracer and Brigitte. 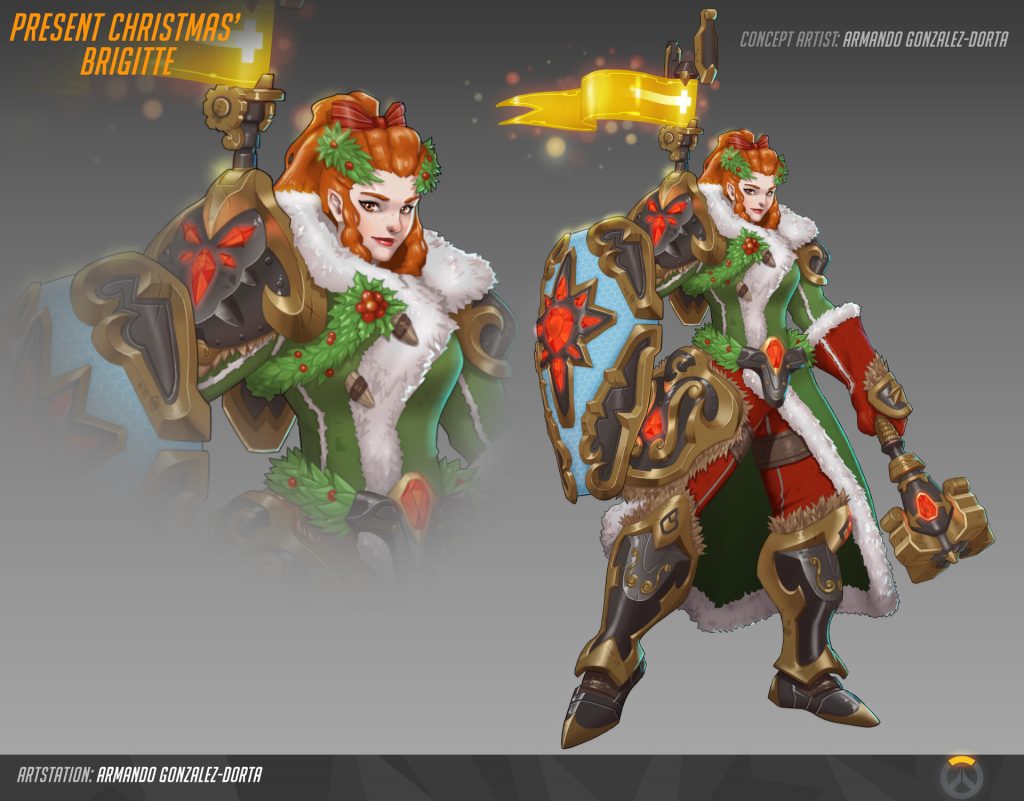 Christmas Present Brigitte could be the perfect Winter Wonderland skin for the hero.

Gonzalez-Dorta’s first concept was for Brigitte, based on the Ghost of Christmas Present from Charles Dickens’ holiday classic “A Christmas Carol.'”

Brigitte gets a green Santa coat, along with a holly crown and belt for a holiday look that she pulls off much better than some of the actual Winter Wonderland skins (looking at you, 2019 Moira).

If we had to pick, we would make this skin an Epic, since it definitely looks cool, but it doesn’t change enough of the base skin to be a Legendary – plus, that means it would be easier to unlock. 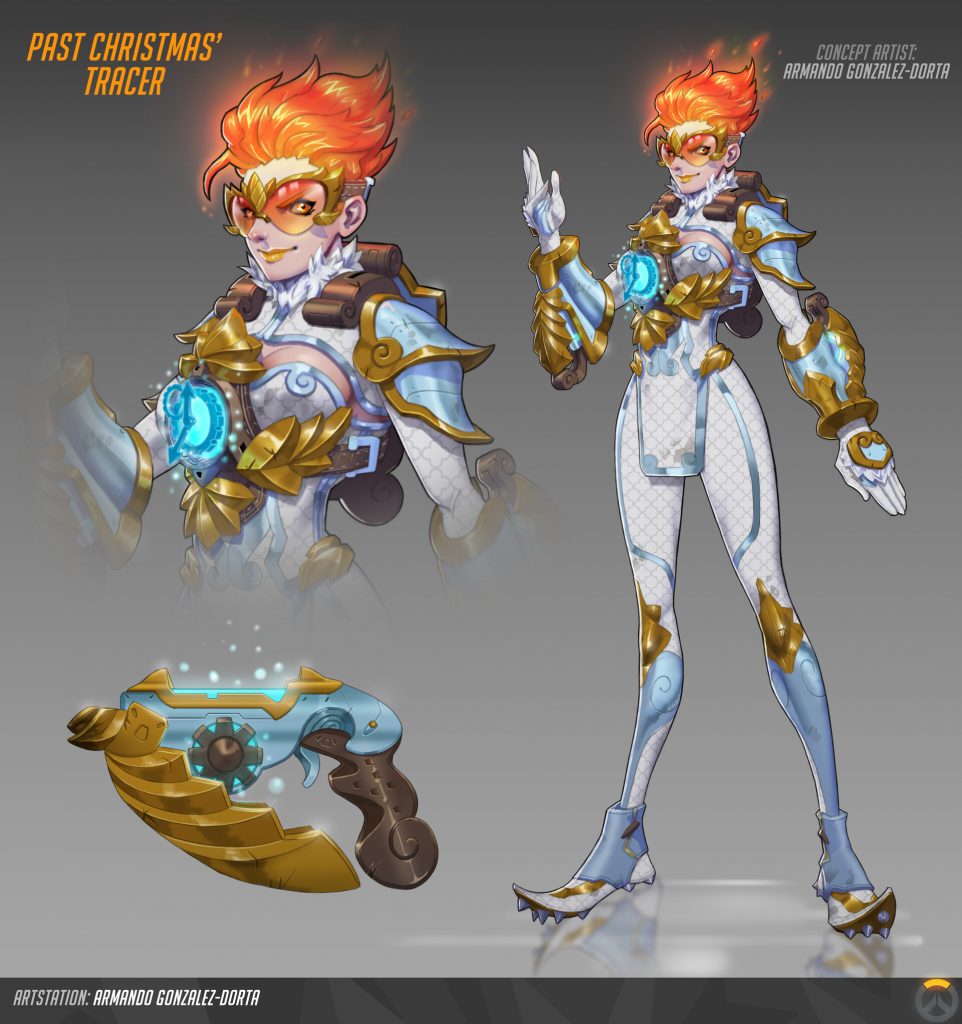 Christmas Past Tracer would be a “cool” skin to rock during Winter Wonderland.

Tracer was transformed into the Ghost of Christmas Past, which is appropriate, considering she’s the only hero that can travel backwards in time in Overwatch (as far as we know).

She gets a new white jumpsuit with gold trim, and her Chronal Accelerator has been transformed into an old gear-driven clock.

We would probably give the Ghost of Christmas Past Tracer Legendary skin status, since it does a good job of changing Tracer’s base skin up.

Even though Gonzalez-Dorta’s skins aren’t real (yet), Overwatch players still have until January 2 to collect all of the new skins and cosmetics that did come out this year.

There’s still one spirit, the Ghost of Christmas Future, that hasn’t been given the Overwatch treatment yet, so it will be interesting to see who Gonzalez-Dorta chooses for his final artwork in the series.