The next in-game Overwatch event, Storm Rising, arrives on April 16, and with it will come a host of new skins and other cosmetic items.

Archives is perhaps unique among Overwatch’s in-game events in that the content of the event itself actually overshadows the new cosmetics for many players, such is the hunger for the lore and PvE content that only Archives offers.

The skins offered by Archives are often still among the most popular, however, because they’re often actually lore-related. Previous offerings have seen heroes in their Overwatch, Blackwatch, or Talon outfits, for instance, or in other stages of their life that aren’t otherwise seen in-game.

Blizzard have now revealed all nine expected skins for the event. Here’s a look at each and every one of them…

Storm Rising is the 2019 iteration of the Overwatch Archives event.

Sporting a lab coat, this Moira skin is inspired by the look seen in her origin story, which fans of the character have been hoping to see materialize in game for some time.

Science will reveal the truth.

Baptiste has only been available on the live servers since March 19, but he’s already getting his first new skin, which sees him in his Talon days before he defected from the organization.

You can't run from the past.

McCree heads back to his roots in the Deadlock gang with this legendary skin that features a young McCree with both arms still attached.

Saddle up with the infamous outlaw gang. :cactus:

Go on the run as DEADLOCK MCCREE (Legendary)!

Soldier: 76 receives a snazzy looking overhaul that throws Jack Morrison back to his Police Academy days with a skin that shows off how he looked prior to his Super Soldier makeover.

Save the medals, I've had my fill. :military_medal:️

Commemorate your glory as FORMAL: 76 (Legendary)!

Bastion’s new Storm Rising skin is based on the Omnics that D.Va faces in the Shooting Star animated short, called Gwishin, which is a term for ghosts in Korean.

A phantom emerges off the coast of Busan.

This new Socialite Ashe legendary outfit was the latest to be revealed before the Storm Rising event’s start date of April 16. Do you want to ‘chase the truth’ with this new outfit?

You have to watch out for the one percent.

While Junkrat’s newest skin doesn’t have an obvious lore connection, it’s certainly in-character for him to dress up as a clown.

It’s a perfect day for some mayhem.

Hammond gets sunglasses and his mech gets a sleek new coat of paint in his new “High Roller” skin for Storm Rising.

Zarya’s new Racer skin gives the hero a recolored outfit and a new hair color, but the question remains, what exactly is Zarya racing?

Brace for the race.

Put the pedal to the metal as RACER ZARYA (Epic)!

Did Overwatch fans expect these skins for Storm Rising?

While many of the Storm Rising skins were revealed in the run-up to the event’s April 16 launch, some where discovered – or touted to arrive – before that time came.

Clues surfaced, suggesting that nine skins were to be expected, based on the number of remaining “classified” slots on the Overwatch Archives site.

Of those, a leaked achievement for the event also confirmed the reveal of new skins for McCree, Bastion, and Ashe. The achievement, titled “Freelancers”, also features a symbol for Baptiste that matches his Talon look. They have since been revealed by the game’s developer. 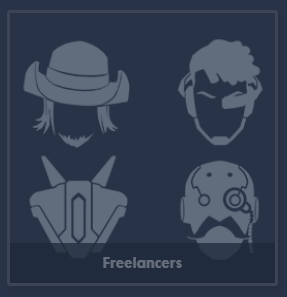 The “Freelancers” achievement appears to hint at skins that haven’t been revealed yet.

While the appearance of these skins were unknown at the times clues were found, fans can now see exactly what each of these new outfits are set to look like in-game.

In addition to the new skins, it also appears that players can expect three new highlight intros, although which heroes they’ll be for remains to be seen.