A creative Overwatch fan has somehow made the single creepiest skin concept ever for Wrecking Ball – and there’s a good chance seeing it will keep you up at night.

Overwatch’s Halloween Terror event usually starts towards the beginning of October, which means it should be right around the corner at the time of writing.

We haven’t seen any teasers or previews for new Halloween skins this year, but Overwatch fans being as creative as they are, haven’t let that slow them down.

The most disturbing Overwatch skin ever?

A new skin concept for Hammond popped up after the Overwatch League 2019 Grand Finals that switches Hammond and his Wrecking Ball mech, and it’s just as unsettling as it sounds.

The skin was posted to Twitter by user Nevens, but it’s impossible to verify whether or not they were the one who originally created this monstrosity or not.

Hammond’s mech is now in the driver’s seat of a giant, four-legged Hammond head who’s also holding two pistols in his hands in place of the cannons.

The majority of responses to this monstrosity are along the lines of “thanks, I hate it,” and we are inclined to agree, because it is extremely terrifying.

When compared to Hammond’s other pumpkin event skin (and any other Halloween Terror skin for that matter)  the hamster mech definitely takes the cake as the creepiest Overwatch skin idea we’ve ever seen. 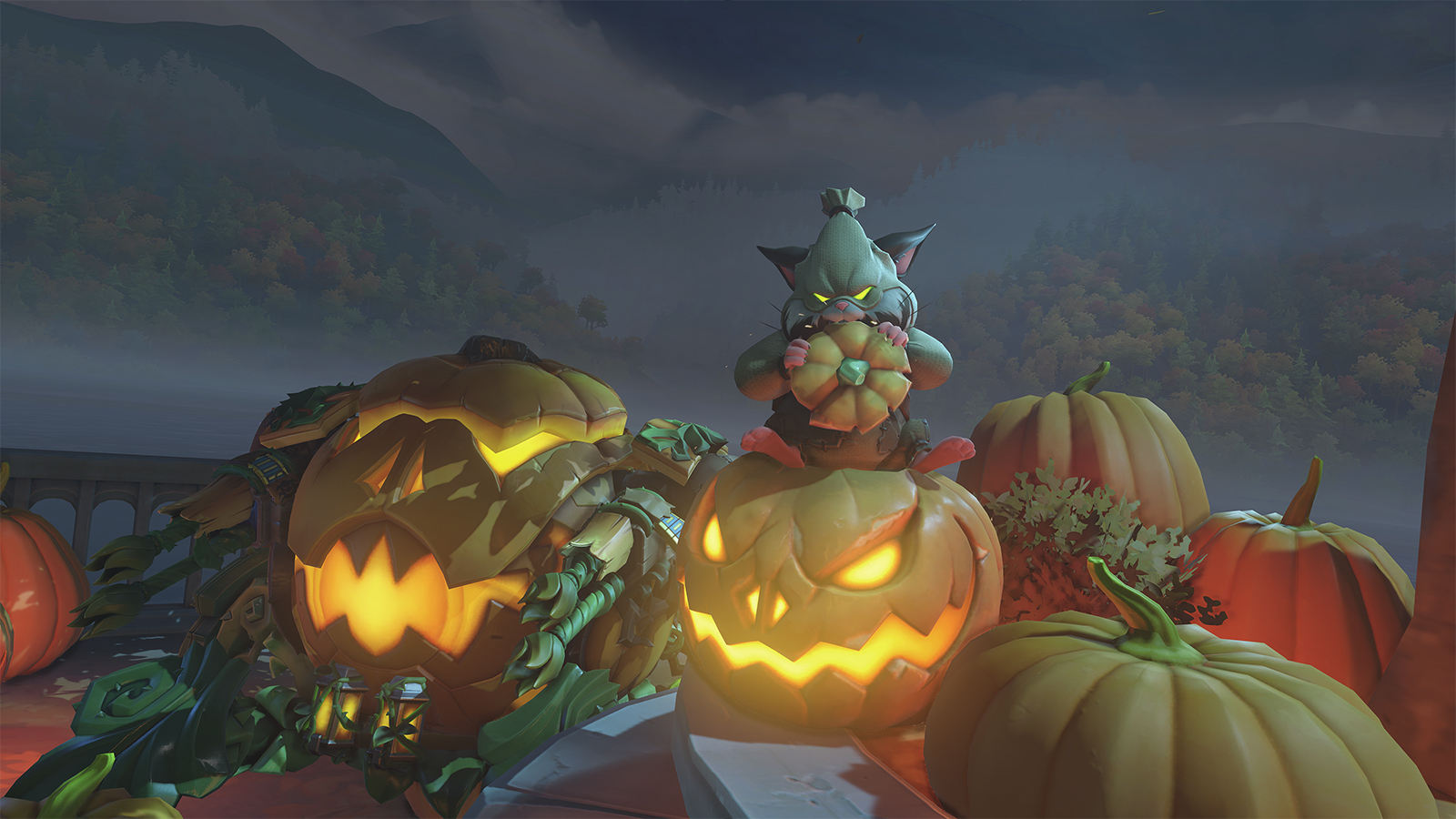 Pumpkin Hammond has nothing on the Hamster Mech.
[ad name=”article4″]

When will we see new Halloween skins this year?

Like we said earlier, Overwatch’s Halloween Terror event usually starts towards the beginning of October and Blizzard seems to have waited until after the OWL Grand Finals and Bastion’s Brick Challenge to start building up hype for the event.

We haven’t seen any official skins yet, but images and video uncovered by YouTuber Blame The Controller seem to show that Junkertown will be the map that gets a Halloween makeover this year.

Bastion’s Brick Challenge ends on September 30, so if you haven’t unlocked the LEGO crossover skin yet, be sure to log in and snag it before time runs out and it goes away for good.

We could even see new Halloween skins teased this week too, but there probably won’t be anything as creepy as the Hamster Mech skin.