Overwatch players have really taken to the new support hero Baptiste since he was added to the full game. However, how many of his fans would have expected to see him as a cat? It might be crazy, but it is brilliant.

The game’s online community has produced some memorable hero-inspired creations since the game first sprung onto the scene in May 2016, and while this might be a strange take on the strong character, it might be one of the best yet.

Forget about all of the concept skins and hero creations for a second. Sit back and just enjoy this incredible feline version of Baptiste. 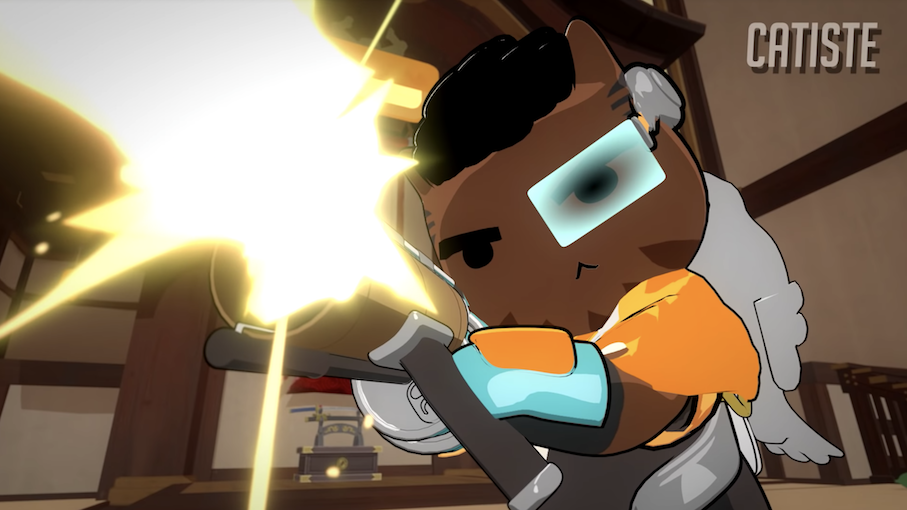 Check out Baptiste in cat form.

That’s not all, either. The animated design that you can see here is the main character of a video posted to YouTube by somebody many Overwatch fans will be aware of, dillongoo. They created similar cat concepts for Widowmaker and other heroes in the past.

The content creator has given their cat version of Baptiste a very fitting name as well, ‘Catiste,’ who uses a weapon that seems to look like it’s been made with a toilet roll and straws – but that doesn’t stop the character from causing havoc in the short clip below.

The newest hero added to Overwatch is proving to be quite unique as well, as players have noticed something very different about his ability.

It seems like if you time your shots right with the character, Baptiste has the ability to both deal out damage to opponents and heal others at the very same time.

The cat version doesn’t seem to have those same abilities, though. In fact, judging by this short video, it looks like Catiste is a lot more interested in getting his hands on some tuna than jumping into battle.

Not the ideal teammate, you would imagine… Always running away to get food.