Viewers will have to watch for a minimum amount of time on each day of the grand finals – which takes place on Friday July 27 and Saturday July 28 – to earn the new sprays.

The viewer-themed sprays feature various Overwatch characters gathered around screens. On the first day of the playoffs, fans will have to watch a minimum of 1.5 hours to earn “Match’s On!”, featuring Hanzo, Zarya, Sombra, and McCree, while 3 hours of viewing will award “Watchparty: Gibraltar”, featuring Emily, Tracer, Winston, and Mei.

A further two sprays will be available on Sunday. The 1.5 hour reward is “#1 Fan”, featuring D.Va, while 3-hour viewers will receive “Living Room”, with Brigitte, Reinhardt, Torbjörn, and Bastion. Each day’s reward will only be available on that day, but unlocking the Saturday sprays doesn’t require having previously unlocked Friday’s. 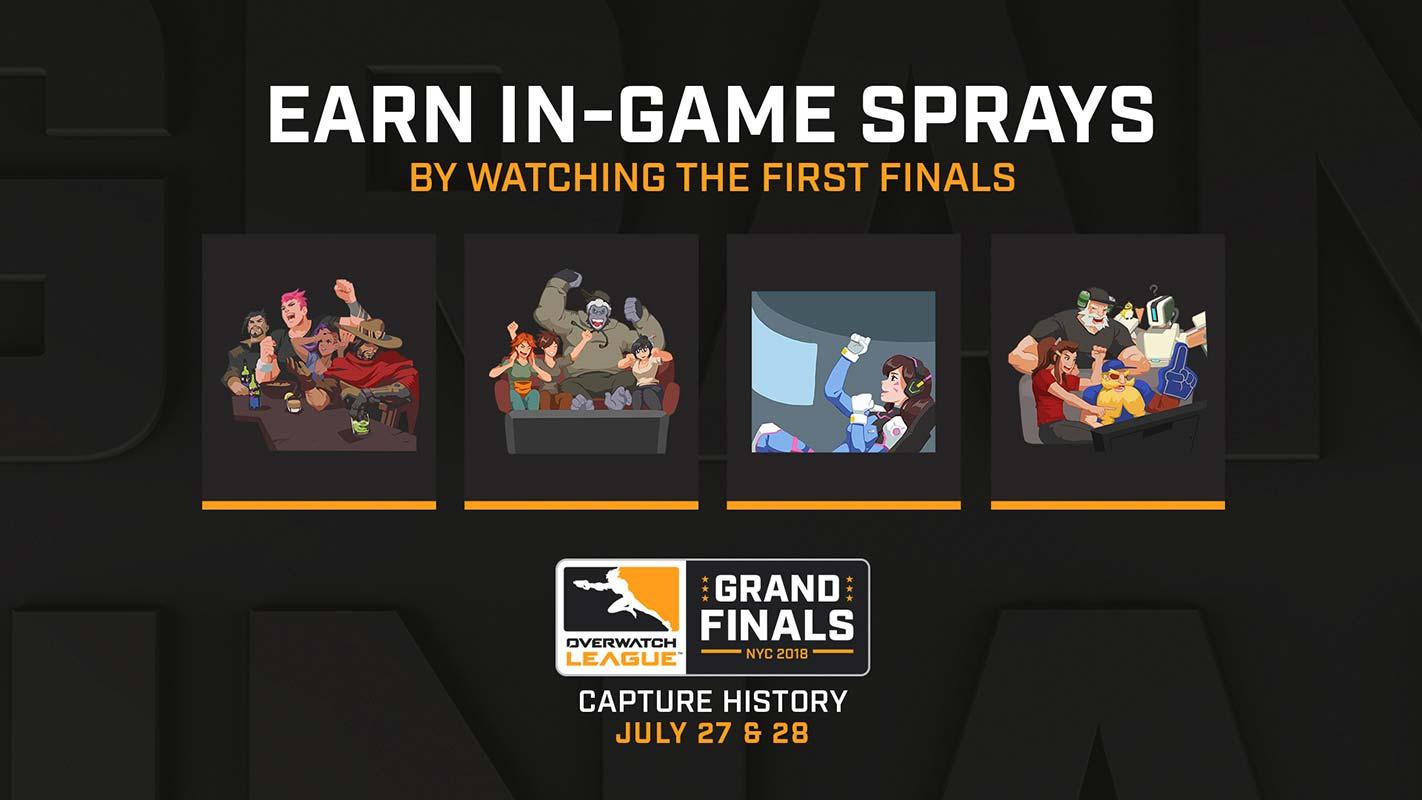 In addition to these sprays, the League Token drops for viewers will be doubled, with the regular one token per map watch increasing to two for the duration of the grand finals. The rare, random drops of 100 Tokens will be unaffected.