Mei’s Wall received a stealth update in the February 4 PTR patch that adds a cracking animation when it goes below half health.

Along with the update, a glitch for Mei’s Wall also seems to have snuck in, which only happens under specific circumstances.

Showing damage isn’t the only thing Mei’s wall can do now, it seems, as Reddit user Fgeitas showed in a new clip.

While playing with Bastion’s Brick skin on the new Workshop Island map, Fgeitas shoots at the opposing Mei Wall when the glitch starts happening.

Somehow, the bullets from Bastion’s Brick skin weapon begin to grow in size after hitting the Ice Wall, instead of shrinking like they normally do, with some growing larger than Mei herself.

The massive pieces don’t seem to stick around for long, so if this glitch were to happen in a PTR match (if it even could) it would be more entertaining than game-breaking.

It’s unknown whether or not the Workshop Island map contributes to the glitch at all, which could also make sense, seeing as how it’s a brand new map.

As far as graphical issues with Bastion’s LEGO skin, this one is pretty mild compared to the weapon flare issues the skin originally had when it came out. 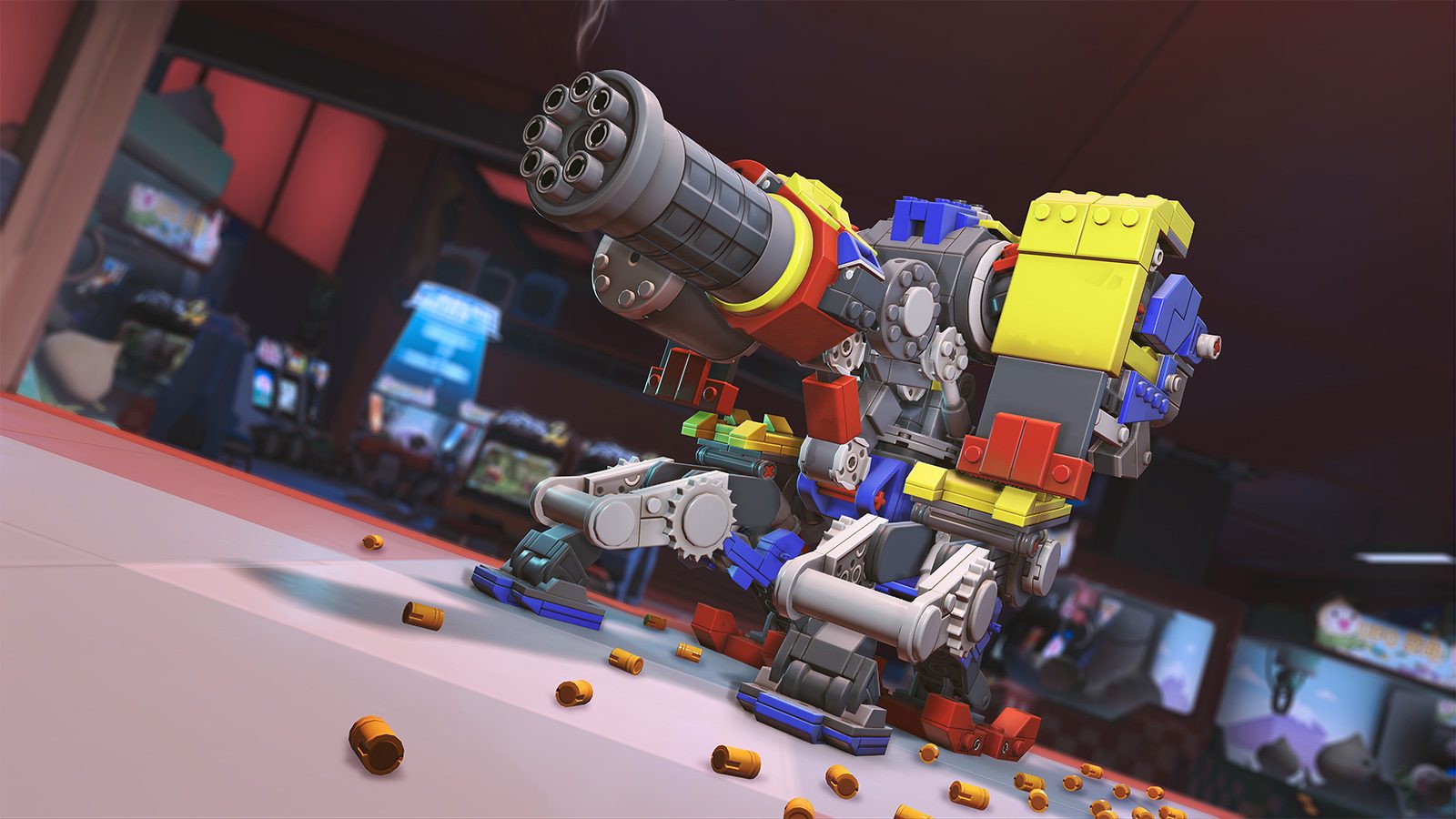 It’s unknown whether or not Blizzard is aware of the glitch at this time, but with the PTR patch only coming out on February 4, there’s still plenty of time to fix it – unless they want to leave it in Overwatch for a bit of comedic relief during those tense matches.