“What You Left Behind” by Overwatch Writer Alyssa Wong came out on June 17 and Blizzard wasted no time starting the Reunion event on June 18.

From June 18 to July 1 players will have the opportunity to unlock the new Baptiste skin by winning games and unlocking exclusive sprays by watching various streamers. 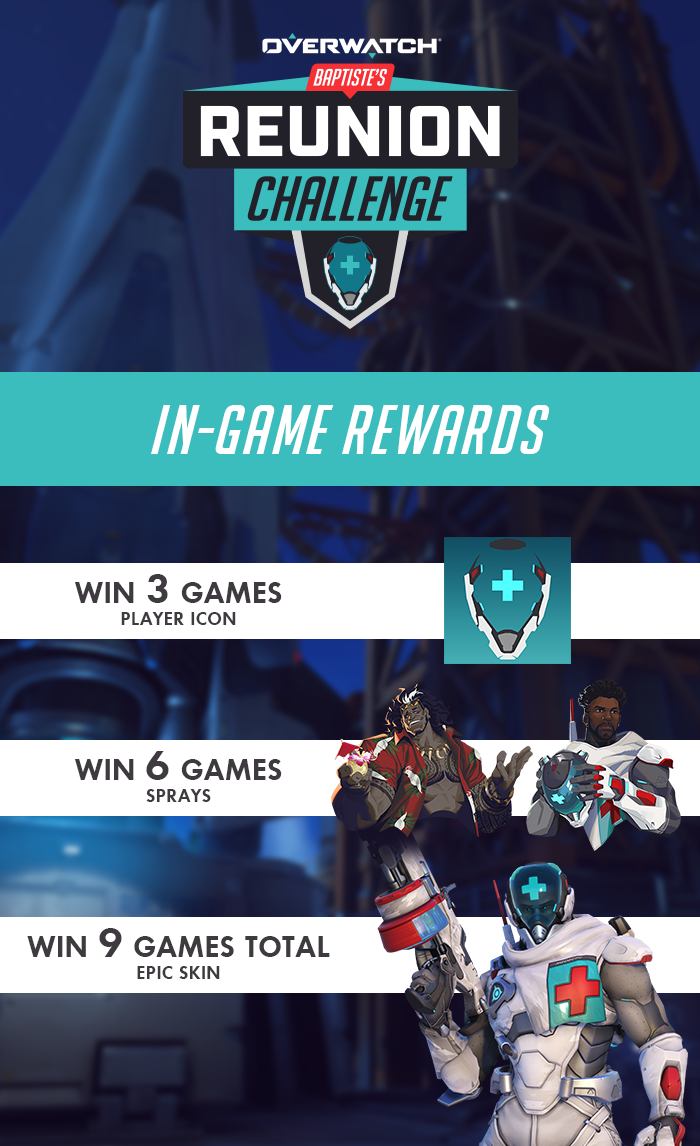 What can we unlock?

For winning games players will unlock a new Baptiste player icon at three wins, another two sprays for the hero at six wins and finally his new Epic skin at nine.

The new skin, called “Combat Medic” gives Baptiste a full face mask and some white armor that makes him look more like an actual medic then any of his other skins so far. 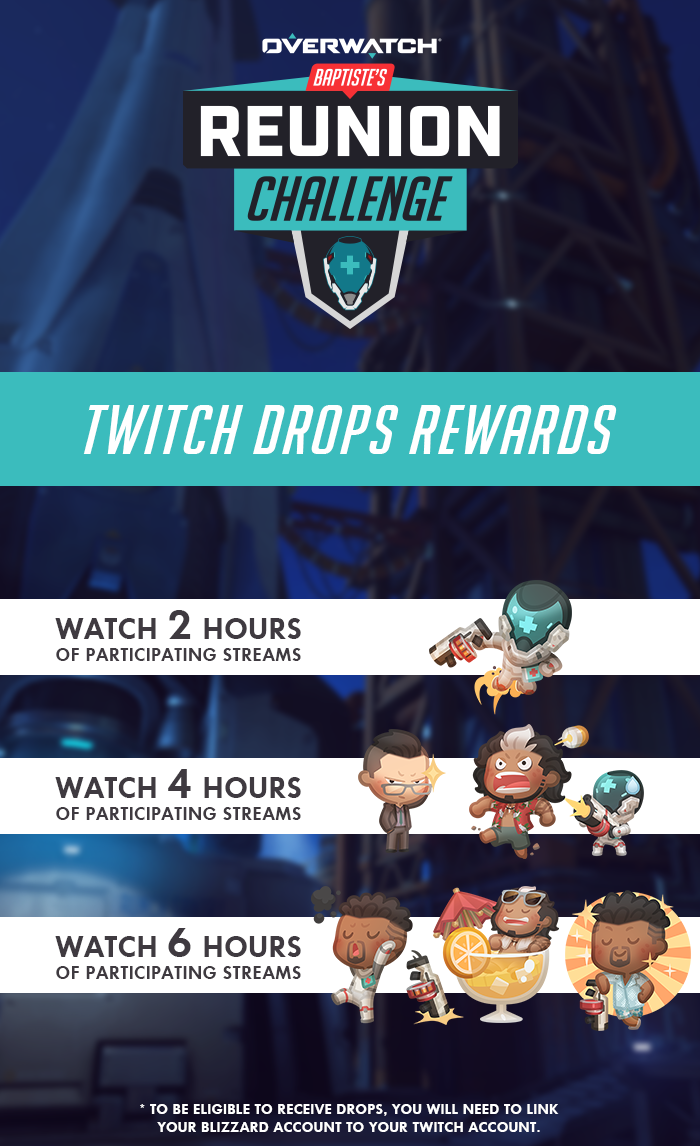 There are also seven absolutely adorable Baptiste sprays that can be unlocked by watching Overwatch streamers on Twitch that have Drops enabled for up to six hours.

Players need to have their Twitch account linked to their Battle.net, Playstation or XBOX account in order to receive the unlocked sprays. This can be done by going to “Connections” under the “Settings” tab while logged into Twitch.

What’s this about a new Overwatch patch?

Along with the Reunion Challenge, a major new Overwatch patch also came out on June 18 that contains balance changes for a number of heroes, and finally brings the Replay system off of the PTR.

Replay will save the previous 10 matches played and allows players to go back and watch them in almost any way imaginable.

With a substantial new patch, new features and a new Baptiste skin to unlock, Overwatch players have plenty of new stuff to try out.