Unlock your peak Hammond performance with these unstoppable Wrecking Ball maneuvers that will leave your opponents in Overwatch flabbergasted.

A mobile, disruptive tank built for fast destruction, Wrecking Ball, piloted by the beloved hamster Hammond, is most effective when using speed as their primary weapon.

For players who are looking to become the best possible ball they can be, they can look to one of the game’s most proficient and deadly Wrecking Ball players, who goes simply by the name “Ball.” In a video for popular Overwatch YouTuber KarQ, Ball outlines five techniques that he uses to frustrate his opponents and turn the tides of battle while playing Wrecking Ball.

The destructive force of the Wrecking Ball.

Start off with a long grapple behind the enemy you’re aiming at, and power up your ball with Fireball, which occurs when you reach a speed of 15 m/s and is what causes the knockback.

Briefly slow down to lose your Fireball ability, but then accelerate again while still grappled to boop your enemy twice. This can, in theory, be chained to include three or even four boops, but it’s incredibly difficult.

Staying on the ground, grapple at a wall located behind your opponent. After bouncing off the wall, either whip the camera around or use the movement keys to aim at your opponent.

Detach your grapple right before you Fireball into them, otherwise you’ll just get pulled back into the wall. Players can also rebound at any angle, not just 180°. 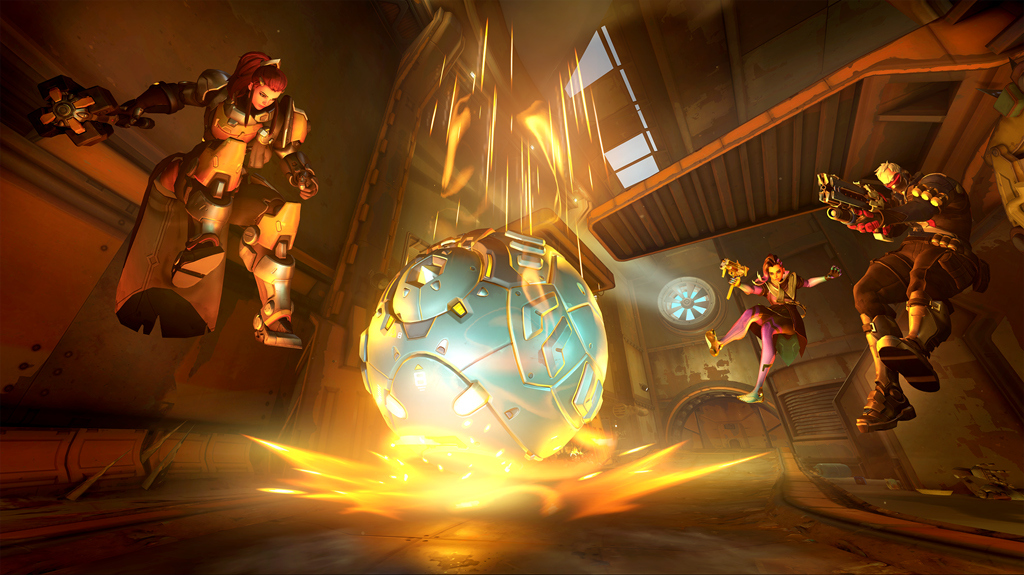 To make your way up a wall, drive your ball into the wall you want to climb, and as soon as you make contact with it, move away from the wall and hit jump.

You can use the Piledriver ability to get even more air, and help aim the direction you’re jumping. You can also wall jump off of items and enemies.

KarQ describes this ability as “the wall jump on steroids.” It is performed the same way as a wall jump is, it just occurs when Fireball is active to get further air.

Wrecking Ball can’t bounce off players the same way they can use wall jump off other players. Players can either use their ultimate or can quickly exit ball mode to pull off the bounce-piledriver combo off an enemy.

In order to get the height need to pull off a quick piledriver, which is more than two times the height that comes from basic jumping, you can pull off the Toronto Kick.

Move backwards for a second before grappling a high point and quickly jumping, giving you enough height to piledrive. Ball says it will leave you without cooldowns, so he recommends it for 1v1 fights only.

The beauty of most of these maneuvers is how they can be combined together, like the double boop into the bounce piledriver on an enemy. Now get out there and start rolling!