The NFL Playoffs promo is upon us, with upwards of 80 cards due for substantial upgrades based on the 12 teams to make it in the NFL playoffs set to launch Saturday at 10:30 a.m. ET.

While each team has a slew of cards available, there are six ‘bosses’ that make up each conference that will give players the most value of all.

In addition to those, there was a pair of NFL Playoff Masters that offer even more options to MUT players. 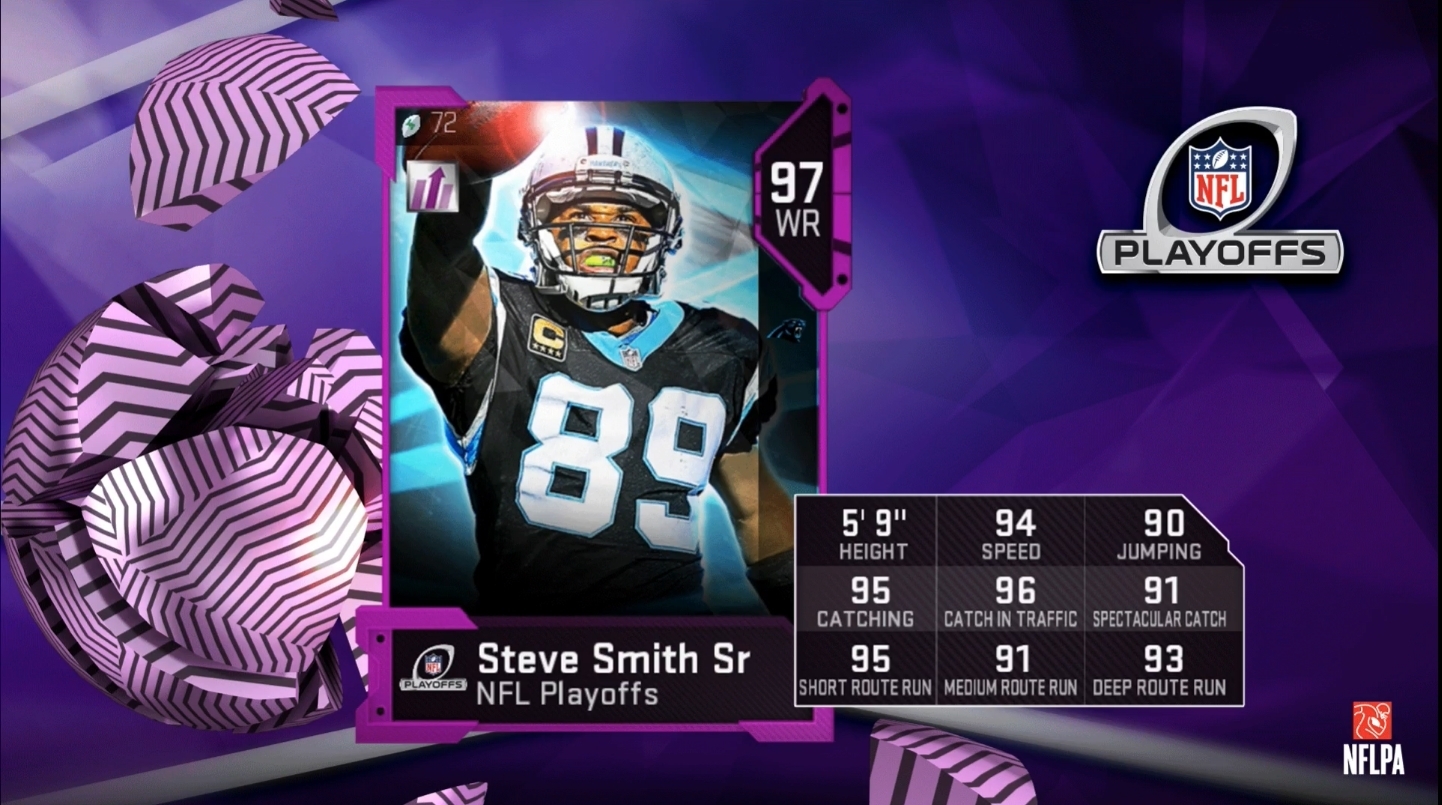 Steve Smith and Willie McGinest are the two NFL Playoffs Masters, with each item requiring all six NFL Playoff Bosses from their respective conference to be used via a set that then rewards four of the six items in non-auctionable/tradeable (NAT) form along with the 97 overall Legends card. 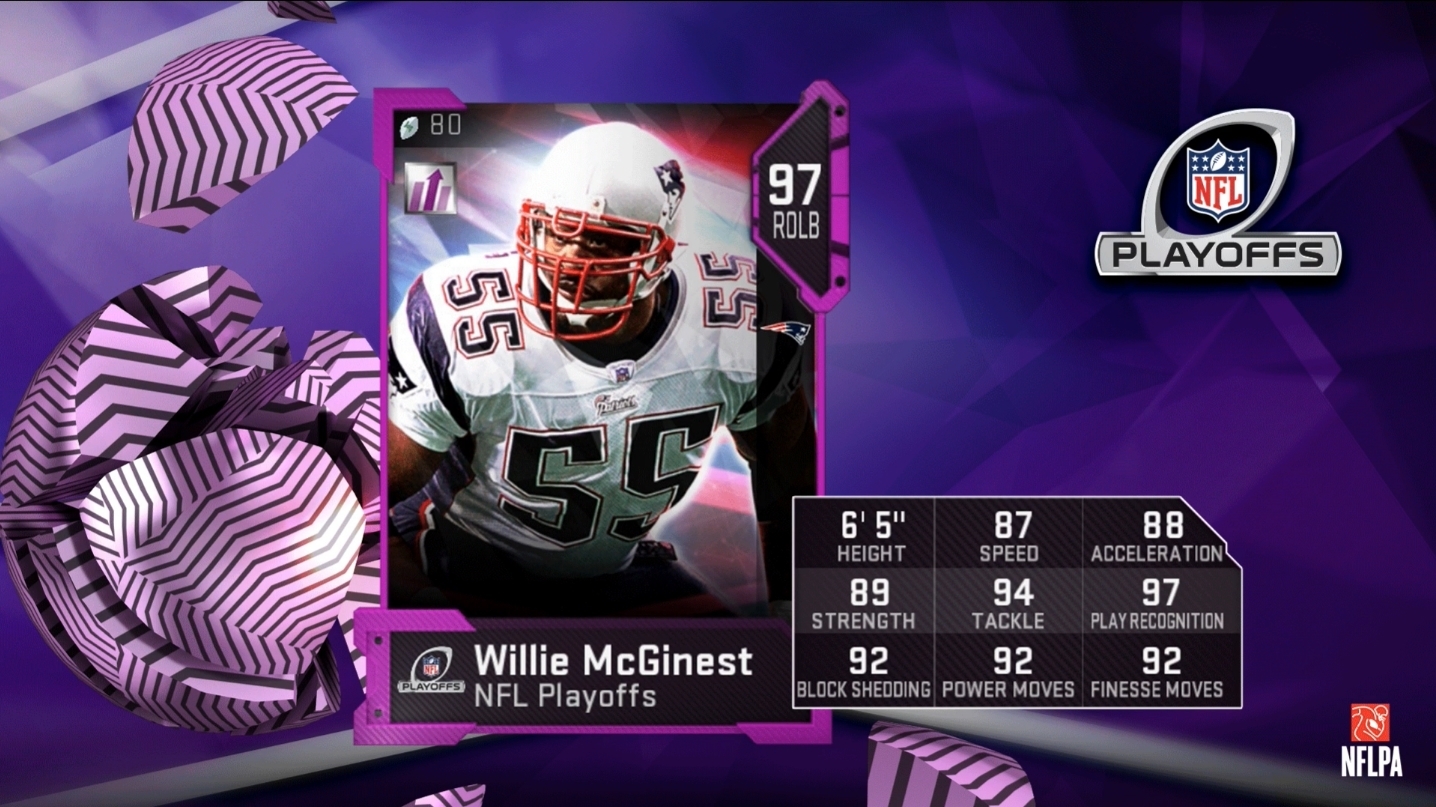 Both are intriguing options for certain, but the dearth of available options at right outside linebacker might lower McGinest’s value somewhat, while Smith’s height (5-foot-9) will obviously deter those who are interested in do-it-all receivers. 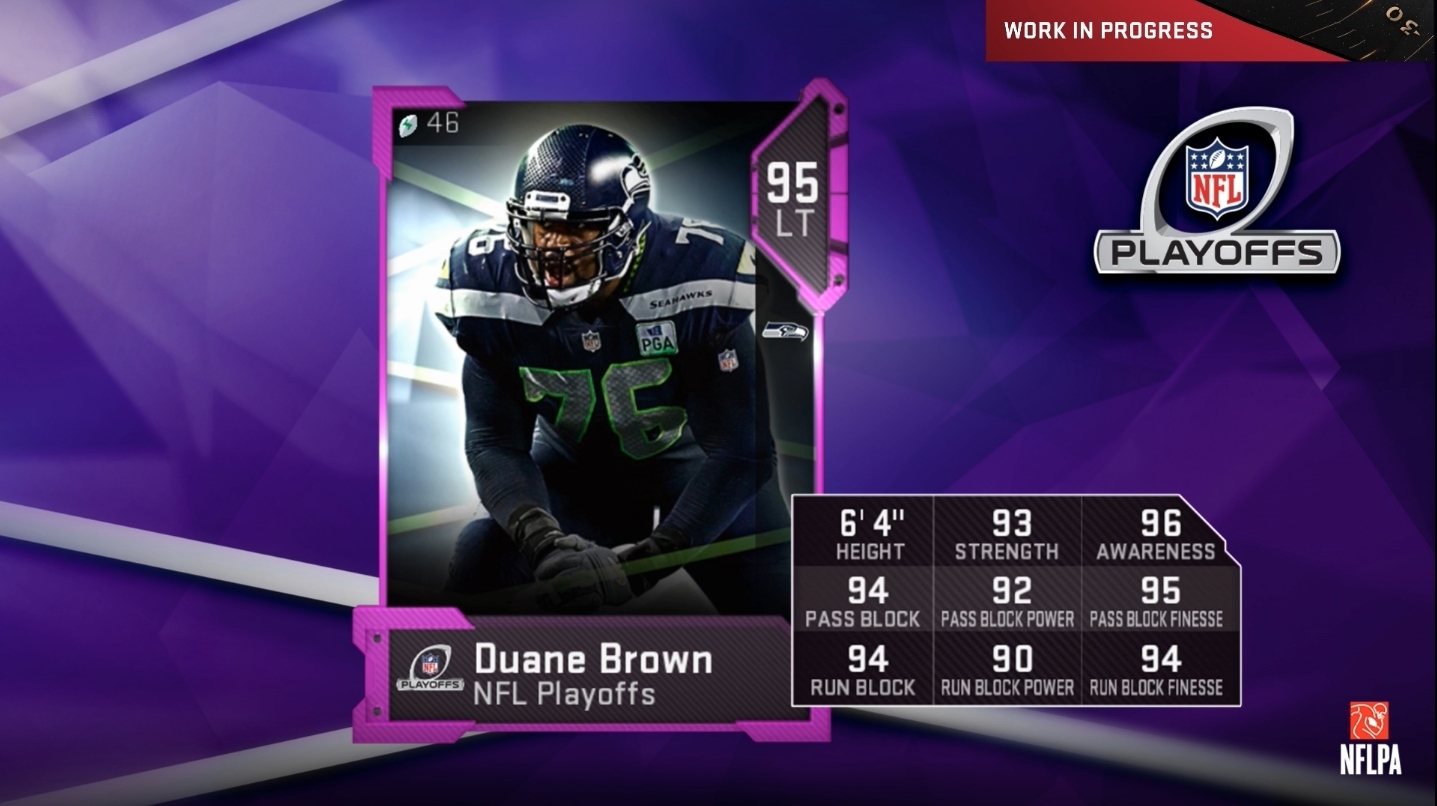 Brown doesn’t have a Power-Up option yet, but the current Seahawks tackle would actually make a second Texans’ Playoff boss were he ever to receive it.

Ghosts of Christmas Past Jonathan Ogden still reigns supreme in terms of best overall left tackle, but this was a much-needed upgrade for Brown, who was sitting on an 86 overall Zero Chill card prior to this. 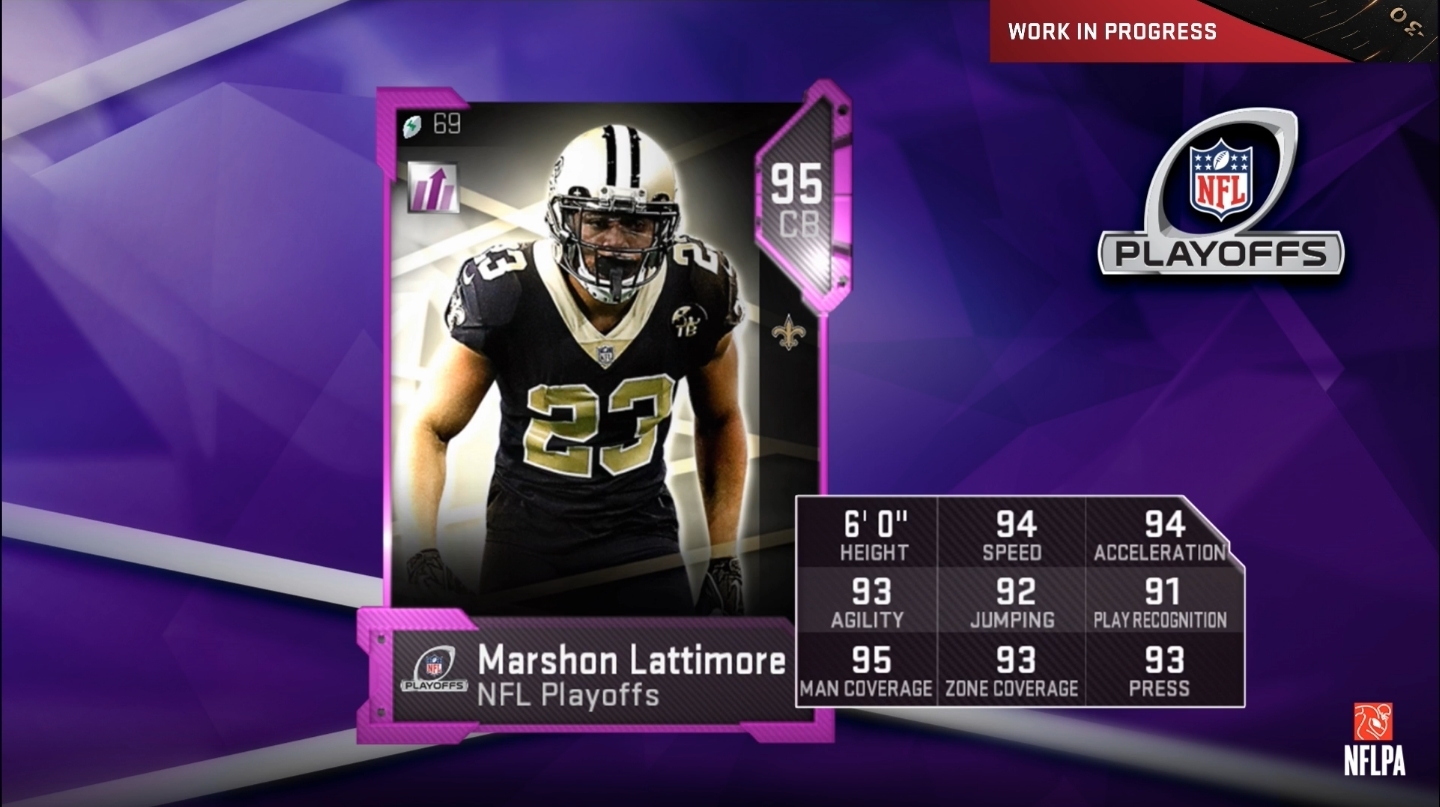 As anticipated, Marshon Lattimore receives a much-needed upgrade upon his 92 overall Flashbacks card, immediately becoming one of the better non-Legends options at cornerback.

94 speed is nothing to scoff at, and his height mixed with zone coverage will allow Lattimore to be a relevant option at his position for some time. 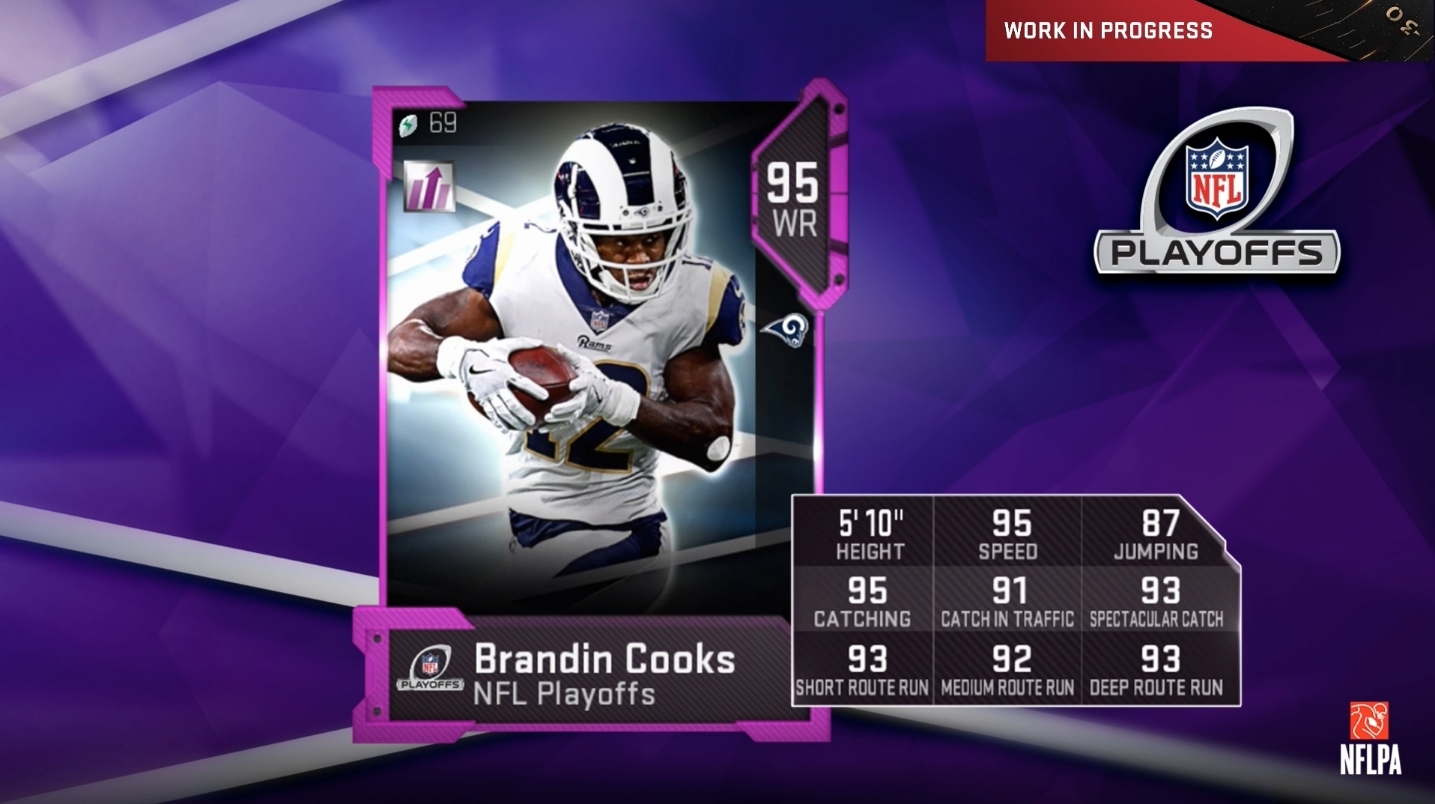 Cooks joins Tyreek Hill as the fastest non-Legends receiver currently available, and given his wide array of Power-Up team options, will likely be one of the most sought-after cards from this promo.

He’s not just a speed option, however, as Cooks should hit just about every receiving threshold imaginable, and just misses the spin move threshold that has completely dominated the current meta. 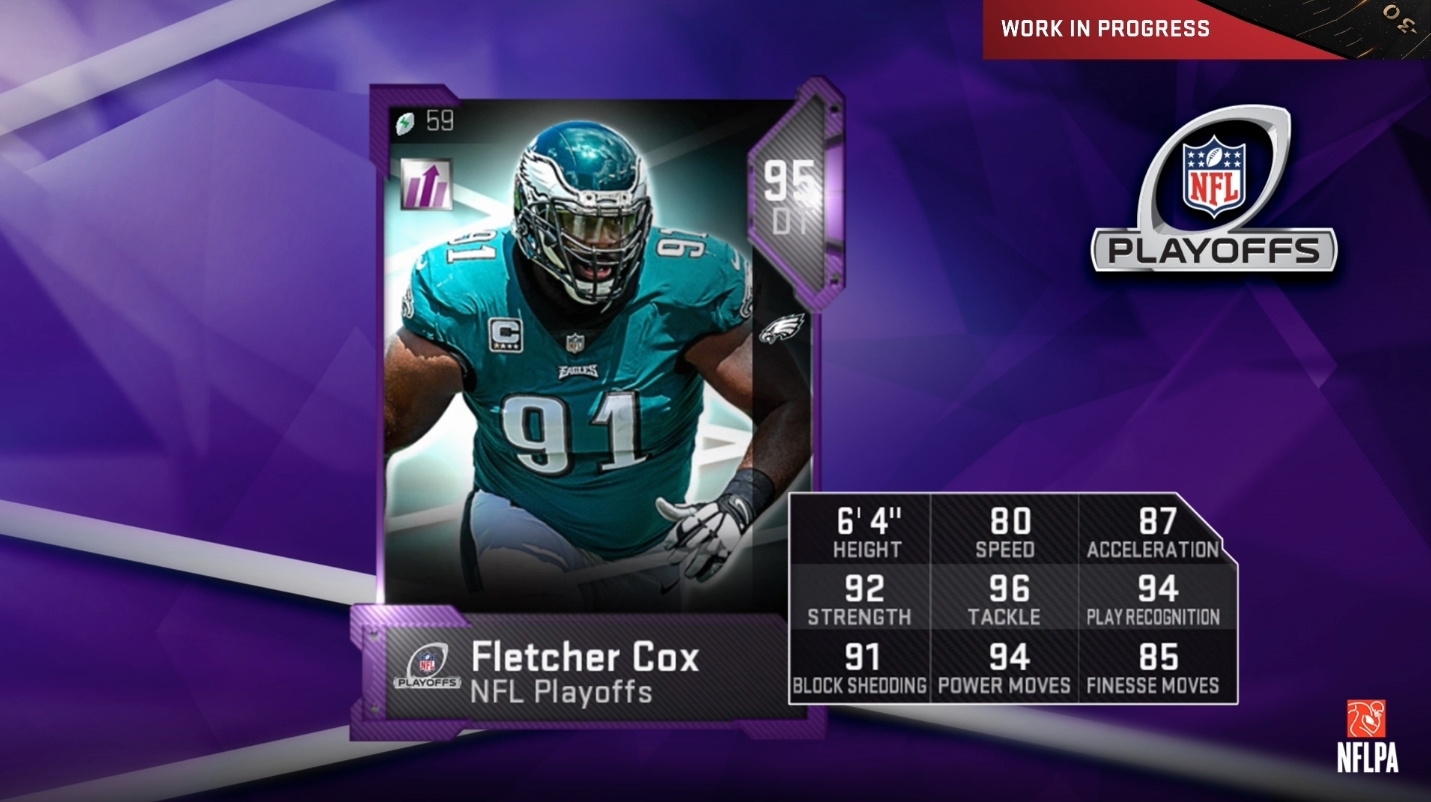 While a wide array of defensive tackles will make this decision harder for some, Fletcher Cox immediately joins the conversation as the best at his position.

91 blockshed might be slightly lower than his counterparts, but with 80 speed and a stunning 87 acceleration for a DT, when he gets past the offensive line it won’t take Cox long to silence the running game. 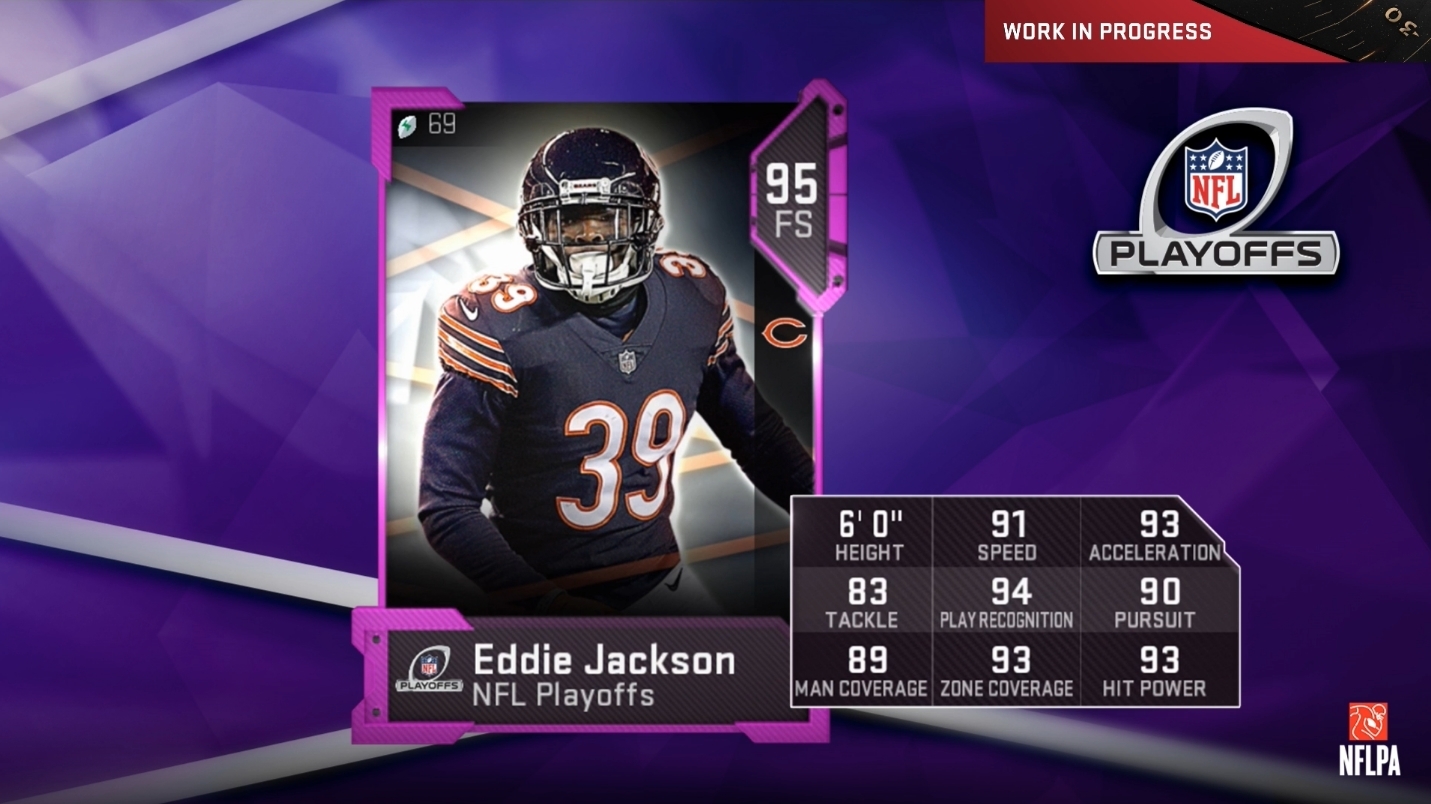 Eddie Jackson seemed like an obvious candidate to receive an upgrade in the Playoffs promo, as the Bears’ free safety easily outplayed his 90 overall rating on his Harvest card during the latter stages of the NFL season.

His statistics frankly doesn’t compete with a number of free safeties released during the Zero Chill promo, but at least Bears fans will be happy with the upgraded option. 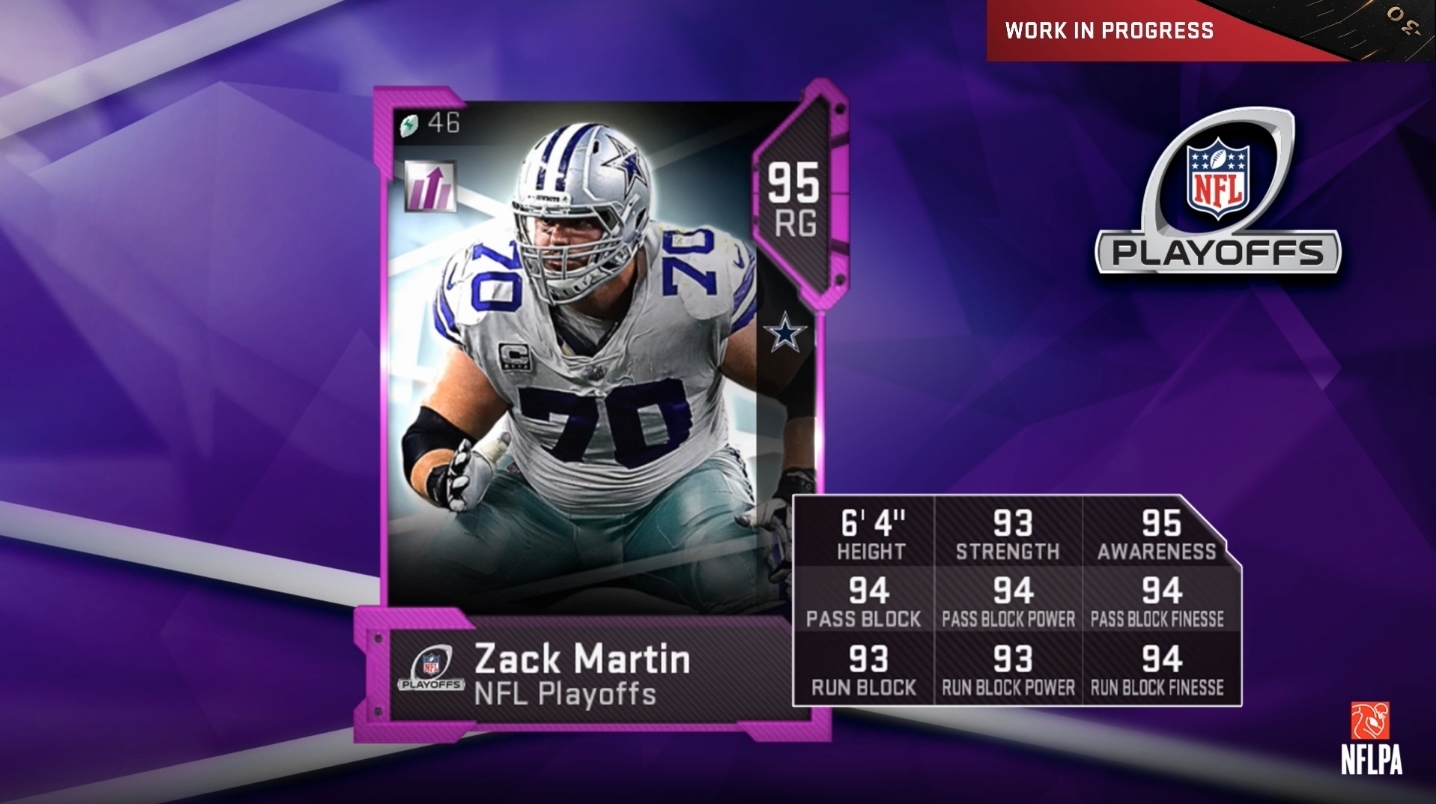