After a bit of a hiatus thanks to the holidays, Madden Ultimate Team content is back in full swing. While Week 16 and 17 Team of the Week is expected to drop around 4:00 p.m. ET, the bigger news to come out of Thursday’s content drop is information regarding the Zero Chill program and the likes of two new Primetime Performers.

Wrapping a holiday bow on the month-long Zero Chill program, EA delivered a variety of critical information regarding the conversion rate of “snow,” a currency solely created for the aforementioned program.

It was first reported on stream that snow would convert 2:1 into training points, with 10 snow yielding five training points. Thankfully for users who have accumulated a plethora of the currency, that was evidently not true as Madden’s Community Manager KRAELO corrected the misinformation in a Tweet, revealing five snow actually equals 10 training points.

My carrier pigeon must have hit a wall this morning delivering me the ZC information.

The CORRECT Snow to Training Conversion is 2:1; 5 Snow will convert to 10 Training :eyes: Much better rate :yes::skin-tone-4:

That’s hugely important, as the snow market has tanked dramatically in the last couple of days without the influx of new cards, making savvy users who acquired the currency on the cheap primed to profit massively in the form of training points.

Given a variety of cards have dipped far below their projected training points value as a result of the “snow” currency moniker, the MUT market is expected to swing heavily in favor of the consumer, either in the form of cheap training points, or with a plethora of high-end cards gaining 15 to 20 percent more value than in previous days.

If converting snow into training points or coins isn’t your thing, there will be a limited (per user) offer pertaining to Team of the Week of which you can use snow to acquire.

While EA did not reveal the details of the offer on stream, it seems fair to suggest it’ll be an enticing one, as an influx of cheap training points likely won’t be healthy for a MUT market that has been relatively stable for the first couple months of its inception. It’s expected to drop around the time Team of the Week is released Thursday. 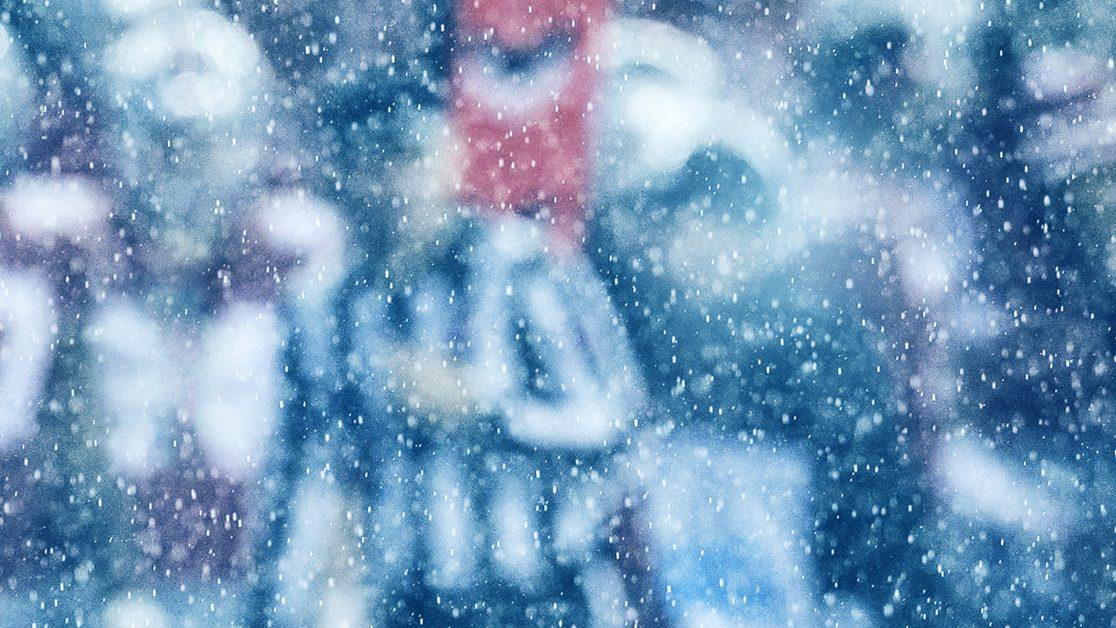 The final batch of Primetime Performers also revealed during Thursday’s stream are set to hit packs as well. The weekly program, which released two Limited Time (LTD) cards every Thursday, is expected to be replaced next week with a similarly themed option highlighting high-profile LTD cards.

For the meantime, the likes of Von Miller and Hunter Henry are sure to make waves in their respective positions. 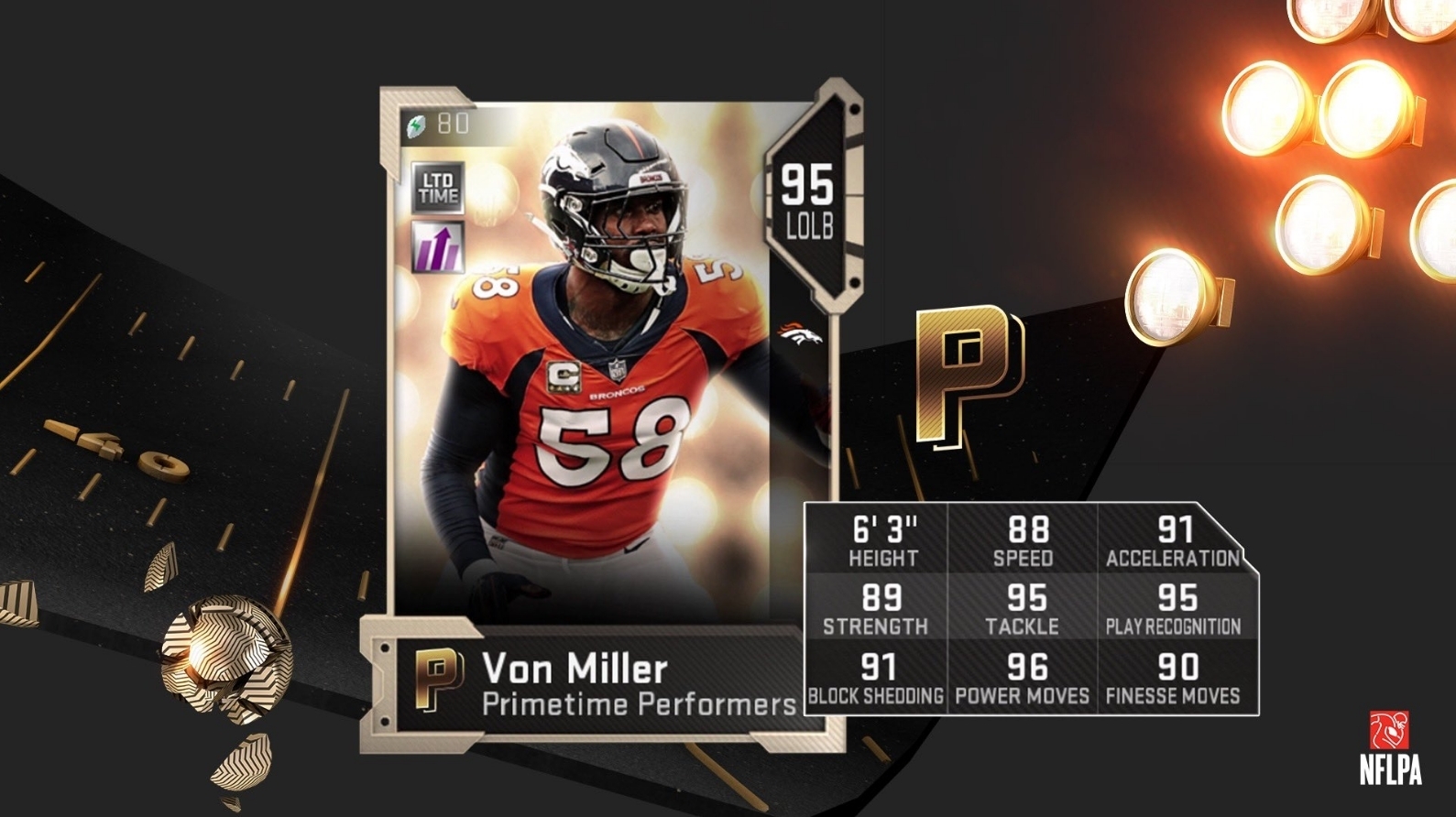 Similar to 95 overall Harvest Lawrence Taylor, Miller will easily be one of the best options at his left outside linebacker position for the foreseeable future.

A tremendous pass rusher in the NFL, Miller’s card is simultaneously a fantastic user option and a potential threat off the edge thanks to his 88 Speed and 95 Power Moves.

The LTD nature will likely make Miller one of the highest-priced cards in the game, but his statistics are surprisingly worth the price compared to recent LTD cards that haven’t lived up to the mark. Likely a prime Power-Up option for many, Miller’s 95 overall edition will be available via the use of training points sometime next week. 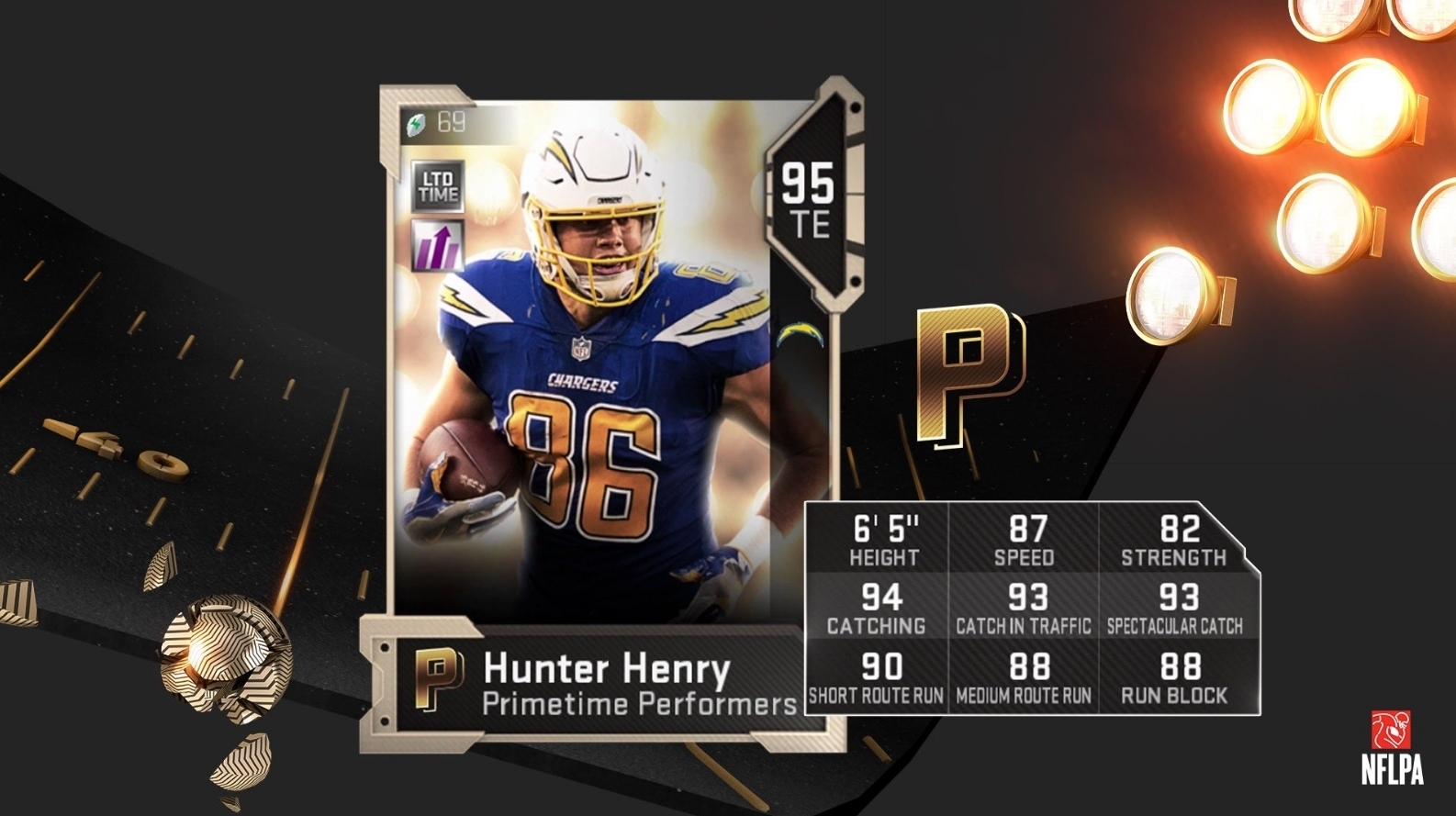 Henry joins a whopping three other tight ends to earn a 95 or higher overall rating in the past week, all of which are the highest option at the position currently available.

While the third-year tight end hasn’t been able to play all season after tearing his ACL, he quite obviously has the best tight end card as of the New Year, registering a respectable 87 speed and astounding 88 run block.

Only five cards (three of which are George Kittle repeats) are faster than Henry, but none of them are near his run blocking capabilities, making him the most complete TE to date.