After a 12-hour stretch on Sunday saw the MUT market rise as high as 30 percent, Monday’s Ghosts of Christmas Forever dropped with some heaving hitting cards.

Leading the past with the latest MUT drop was Michael Vick, Champ Bailey, and Tony Gonzalez, who are sure to light things up immediately.

The much-anticipated cards should come as a welcomed gift after things were a bit rocky at times late last week. 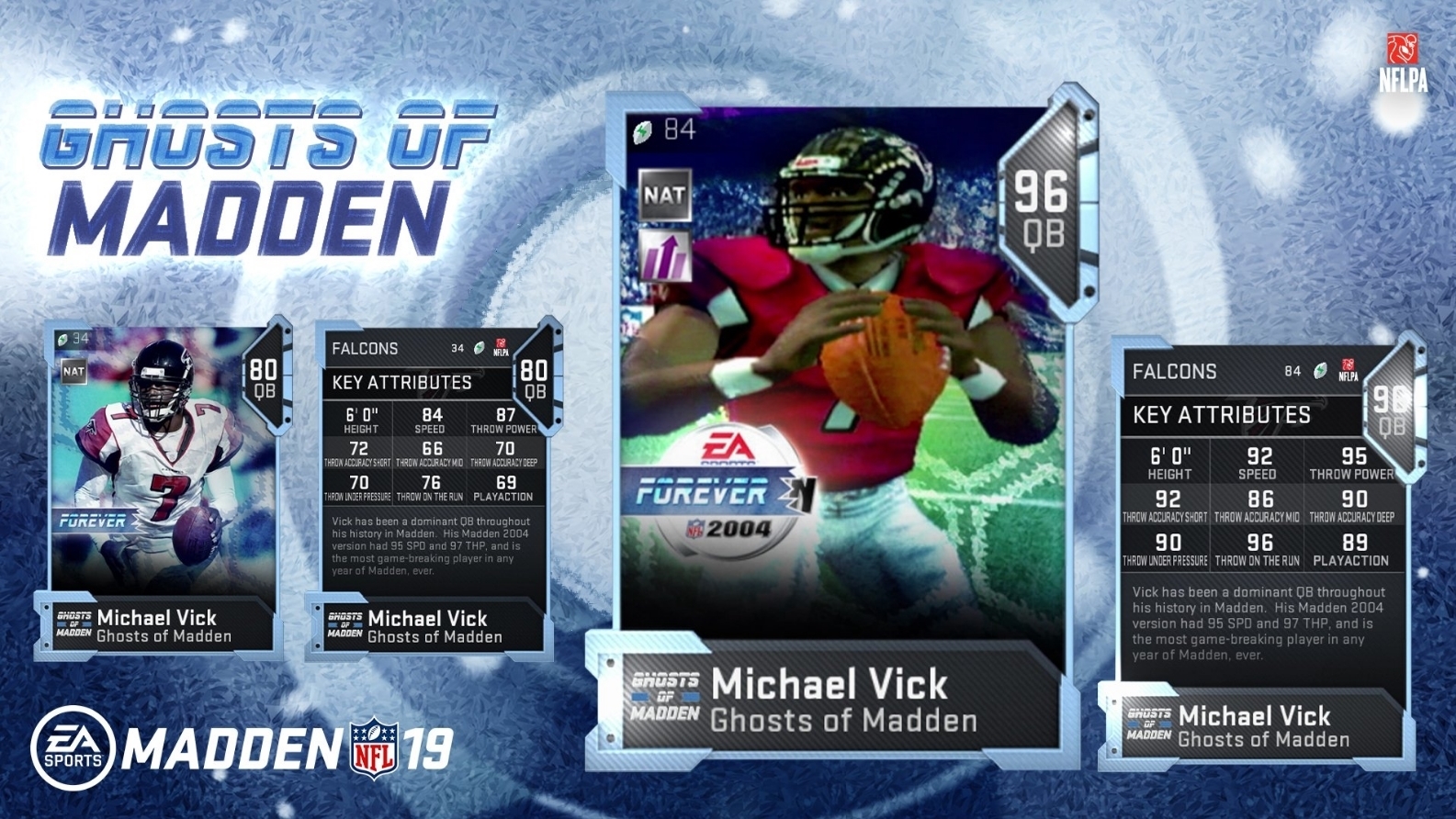 It’s not unrealistic to say that Michael Vick will forever be one of the most sought after cards in Madden Ultimate Team.

One of the fastest QBs to ever play in the NFL, Vick became immortalized in Madden lore during Madden 2004, in which he graced the cover, due to his game-breaking speed and throw power, ultimately making his Falcons “banned” in competitive circuits.

Fast forward 14 years later, and Vick still reigns supreme, albeit as a Legend form, with his 91 overall card available at launch essentially becoming the de-facto starting quarterback for many squads able to fork over the coins.

With a number of Legends already recycled during the month-long Zero Chill program, it only seemed natural Vick would join the group sooner rather than later. EA decided to give players a Christmas present early, as not only did Vick jump up to 96 overall, but he also is relatively affordable. 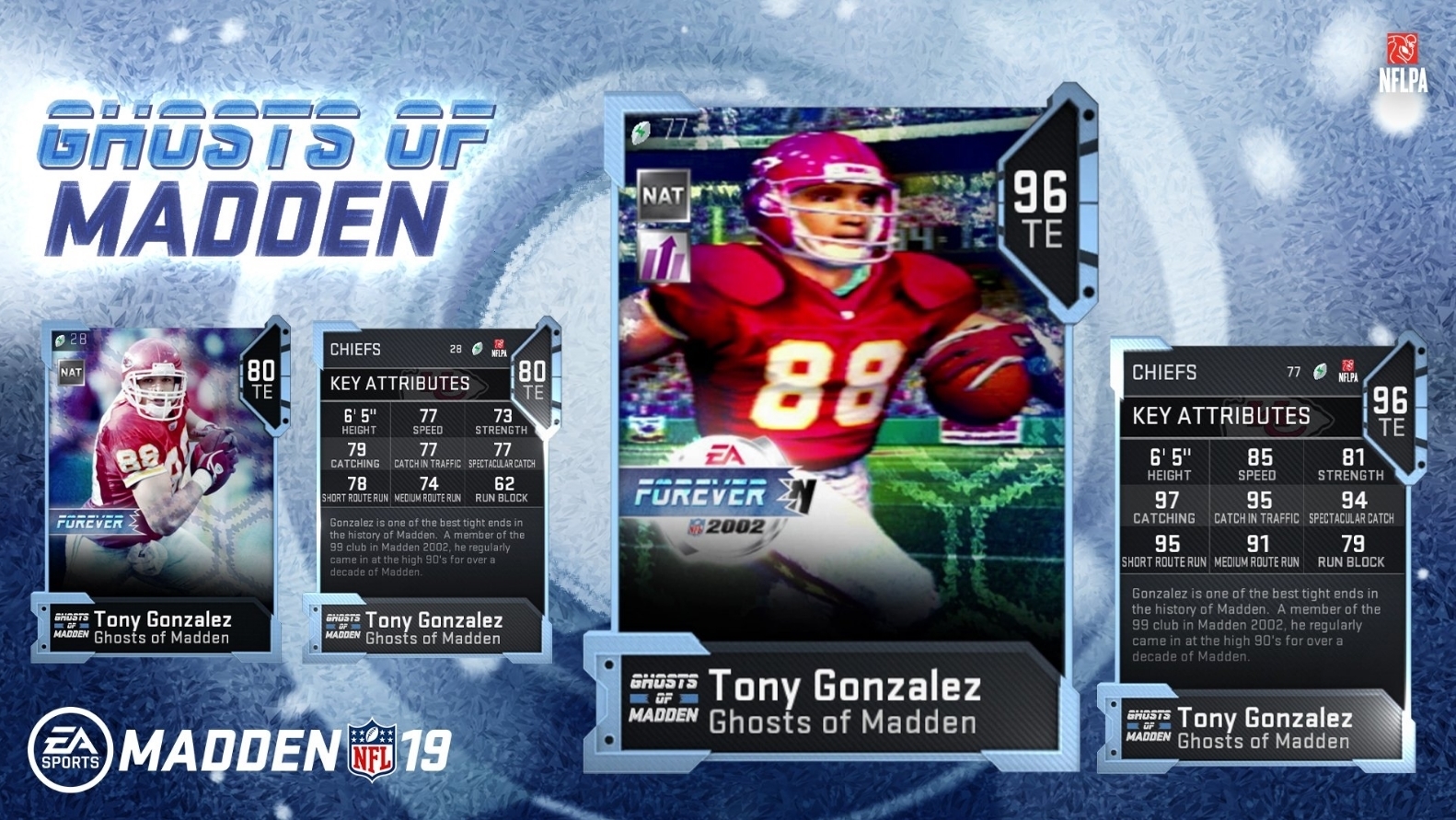 Essentially mirroring the Snow Beasts format which dropped two weeks ago, Vick can be acquired by completing nine solos which reward a “token” after each game, which can than be used to improve the base 80 overall item up to 88 overall. 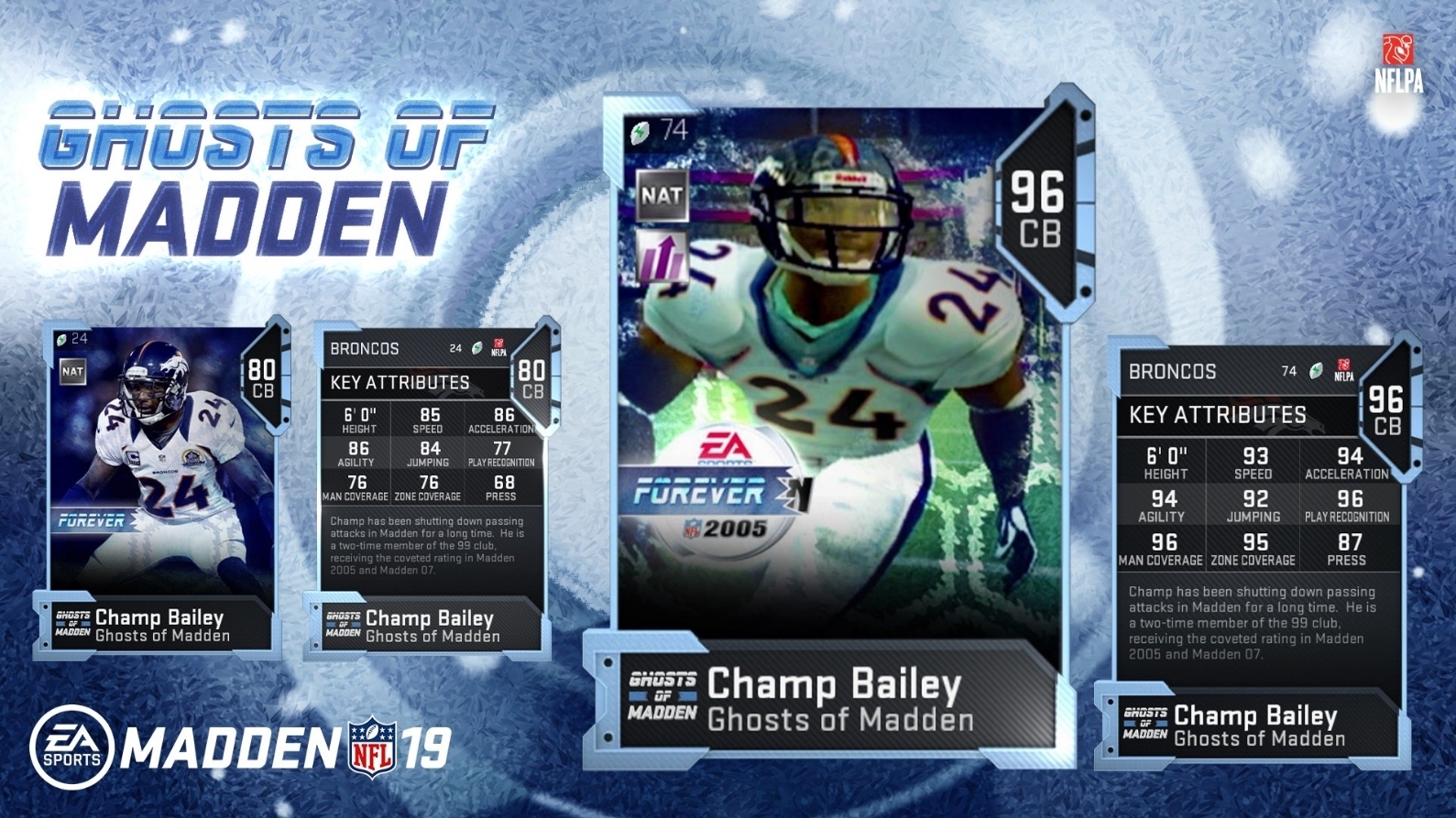 The same process can be repeated for Champ Bailey and Tony Gonzalez, but make no mistake, Vick is by far the biggest draw to come from this mini promo, and given the affordable nature of said card, it’s quite possible the Legend quarterback could be the best option at the position for several months.

And that’s before using the Power-Up option, which can be tiered up to 94 speed with relative ease.

There is a drawback, and it comes in the form of the non-auctionable/tradeable tag, which makes Vick, Bailey and Gonzalez unsellable.

Frankly, it’s a tiny form of disappointment given Vick is easily the best card to be released in Madden 19, and the point is moot if anyone interested in using Vick opts for the Power-Up option, making him NAT regardless. 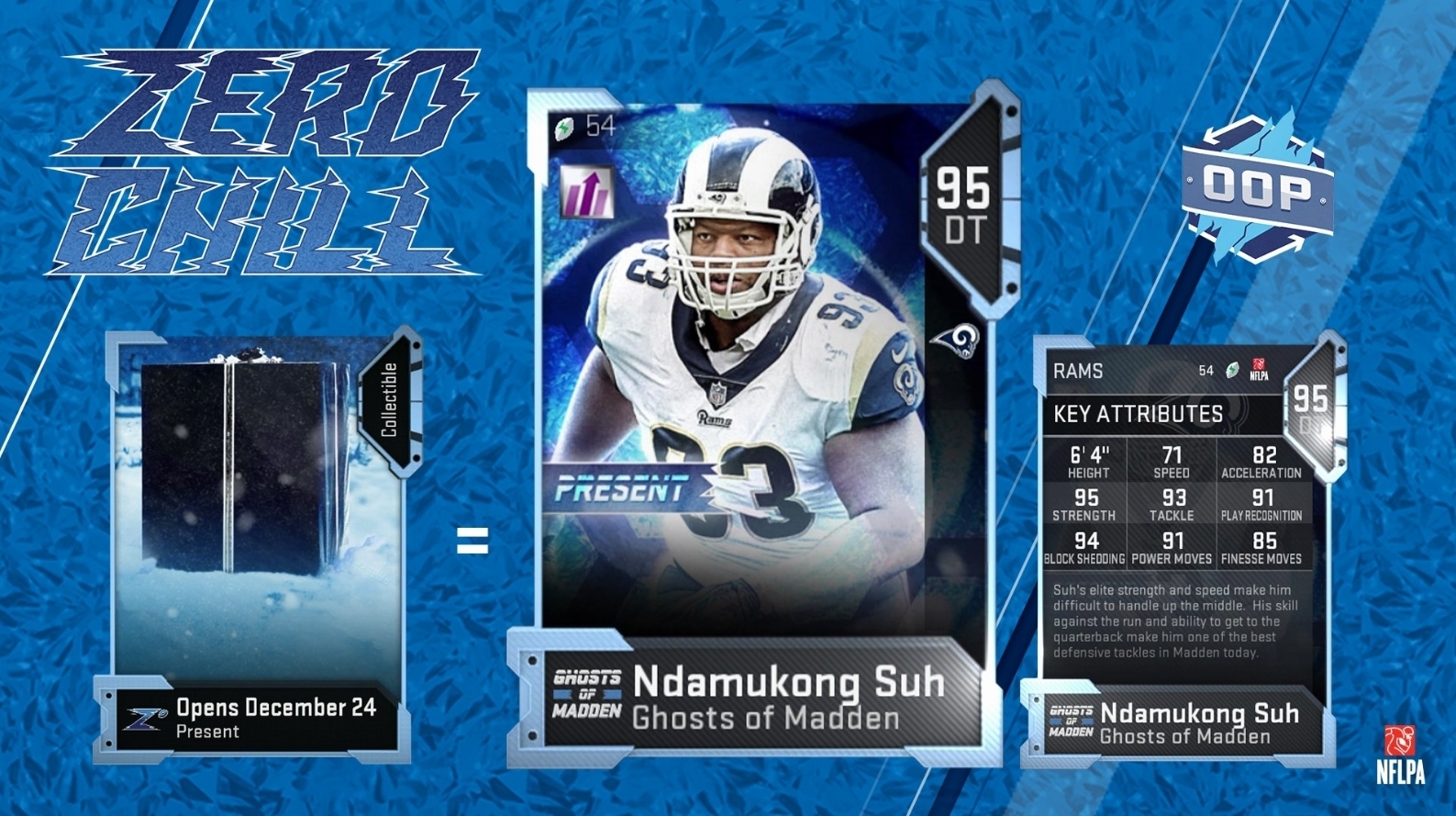 If that wasn’t a present enough, two “actual” presents unwrapped Monday with the small one yielding a Training Wheel pack, and the large one revealing a 95 overall Ghosts of Christmas Present Ndamukong Suh.

Suh certainly needed an upgrade, following the trend of a number of Team Diamonds players to see a boost during the Zero Chill program.

The times three Rams chemistry through the Power-Up route makes Suh a unique enough option to start for most teams, and it’s fair to say no one who received the rare present will complain about the 5,200 snow or 600,000 coins, using the quicksell or auction house methods respectively.

It seems likely more goodies are in store Christmas Day, with the allure of more Ghosts of Christmas Forever potentially available in the coming days.