Along with the launch of the NFL Playoffs promo, three Legends also dropped Saturday, including two new players that haven’t been in Madden 19 prior.

While the hefty Zero Chill Program that was live throughout the holidays has come and gone, plenty of options continue to become available as we enter the new year.

The fact EA only dished out one recycled Legend this weekend is a minor miracle, as the Zero Chill program was dominated by previous Legends card receiving better updates. 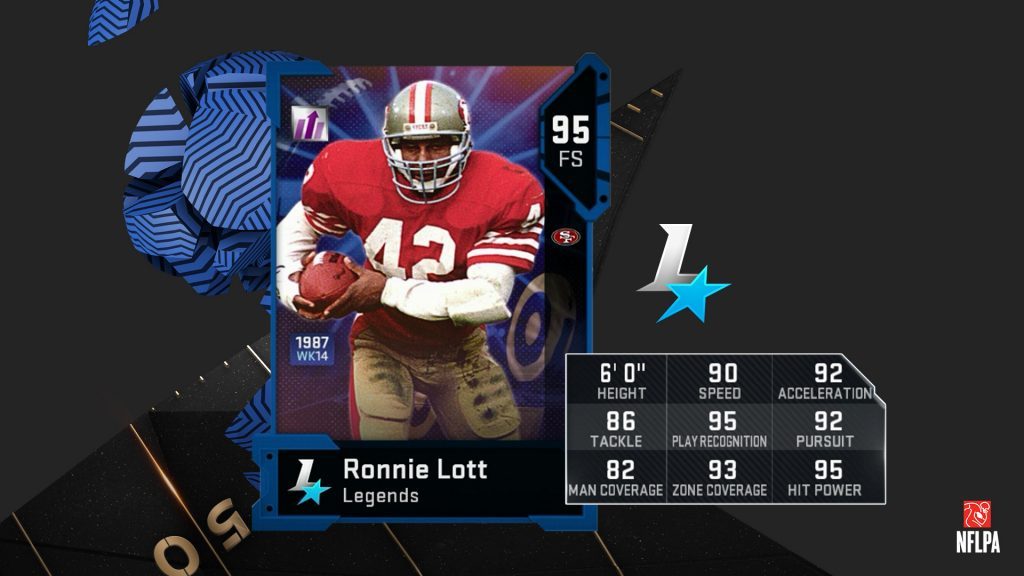 Ronnie Lott arguably needed an update more than a handful of undeserving candidates, and the fact he receives one during the Legends promo as opposed to Zero Chill likely hurt the 95 overall card’s potential to actually be among the best cards in the game.

Receiving only the smallest of upgrades upon his 94 overall Team Diamonds card, which has been available since launch, this version of Lott isn’t enough to move him in line with other top-tier free safeties, but given he receives a Power-Up as part of the Saturday release, it’s at least possible to make Lott the truly legendary player he was during his NFL career. 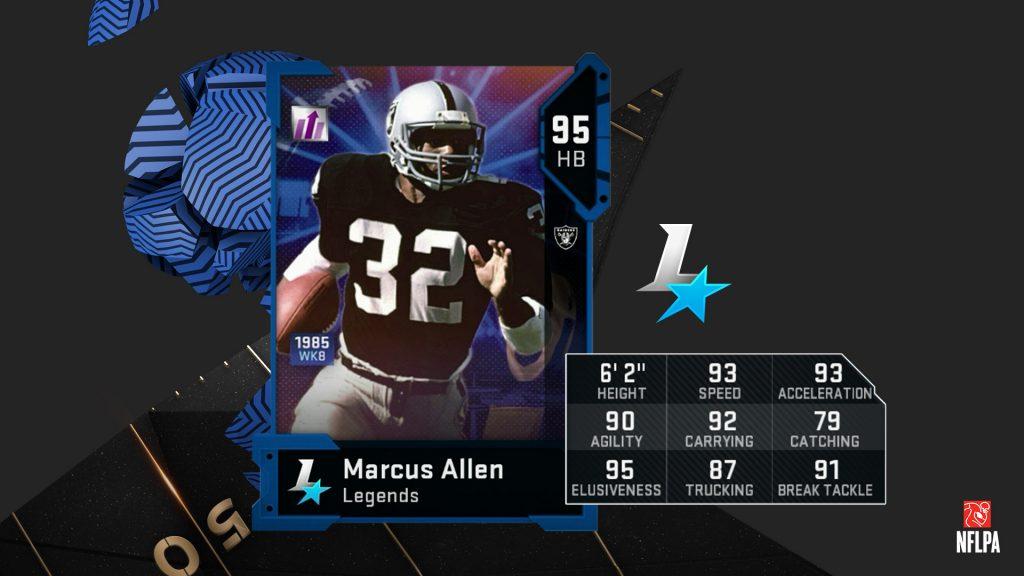 Marcus Allen returns to Madden Ultimate Team for the first time in Madden 19. While the sheer amount of solid running backs makes Allen a bit underwhelming, it feels like a bit of fresh air that EA has not run out of new Legends to incorporate into the game.

At 6-foot-2 and a base 93 Speed, Allen is no slouch at his position, and he should be a fun RB for Chiefs and Raiders fans to incorporate into their lineup while others wait for his inevitable Ultimate Legends card to potentially change the current meta. 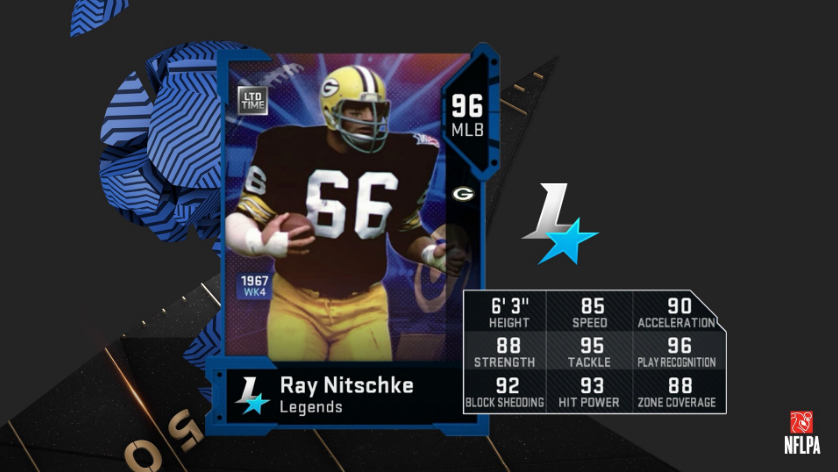 Ray Nitschke joins Allen as the other new Legend to grace this current iteration of Madden, having last been seen in Madden 17.

Given the nature of Nitschke’s Limited Time card, the third time a Packers player has received the distinction since mid-December, this item is going to be painfully overpriced for his statistics.

At 85 Speed, 84 Jumping and 85 Agility, the former 1960’s Packers star middle linebacker simply doesn’t stack up to the litany of terrific user linebackers, and even compared to CPU-driven options such as Zero Chill 95 overall Dick Butkus or Legends 95 overall Brian Urlacher, he fails to stack up.

Truthfully, Nitschke’s value might just come from his uniqueness, as he’s one of just a handful of cards to come with a gaudy amount of 1960’s-era shoulder pads/gear and represents a “different” option at MLB for high-end teams.

But for a program long since presumed dead, or at least dormant, the introduction of a former Madden favorite and truly revered Legend gives promise to the rest of the Madden Ultimate Team cycle, which is due to start the “Ultimate Legends” process shortly after the conclusion of the Super Bowl (February 3).