Three new Legends made their return to the Madden community Saturday, but at least for two of them, their underwhelming statistics are drawing more attention than the names itself.

The main culprit is Steelers legendary cornerback Mel Blount. Known for his physical play and excellent coverage skills, the tall CB dominated the game from 1970-83 to the point where the NFL actually instituted a rule which would in turn develop into the now infamous “pass interference” penalty.

While 92 Press, 95 Zone Coverage and 91 Man Coverage certainly help Blount live up to his mantra, a 90 Speed rating is downright disrespectful, and essentially renders this card useless at this point in the Madden Ultimate Team season. 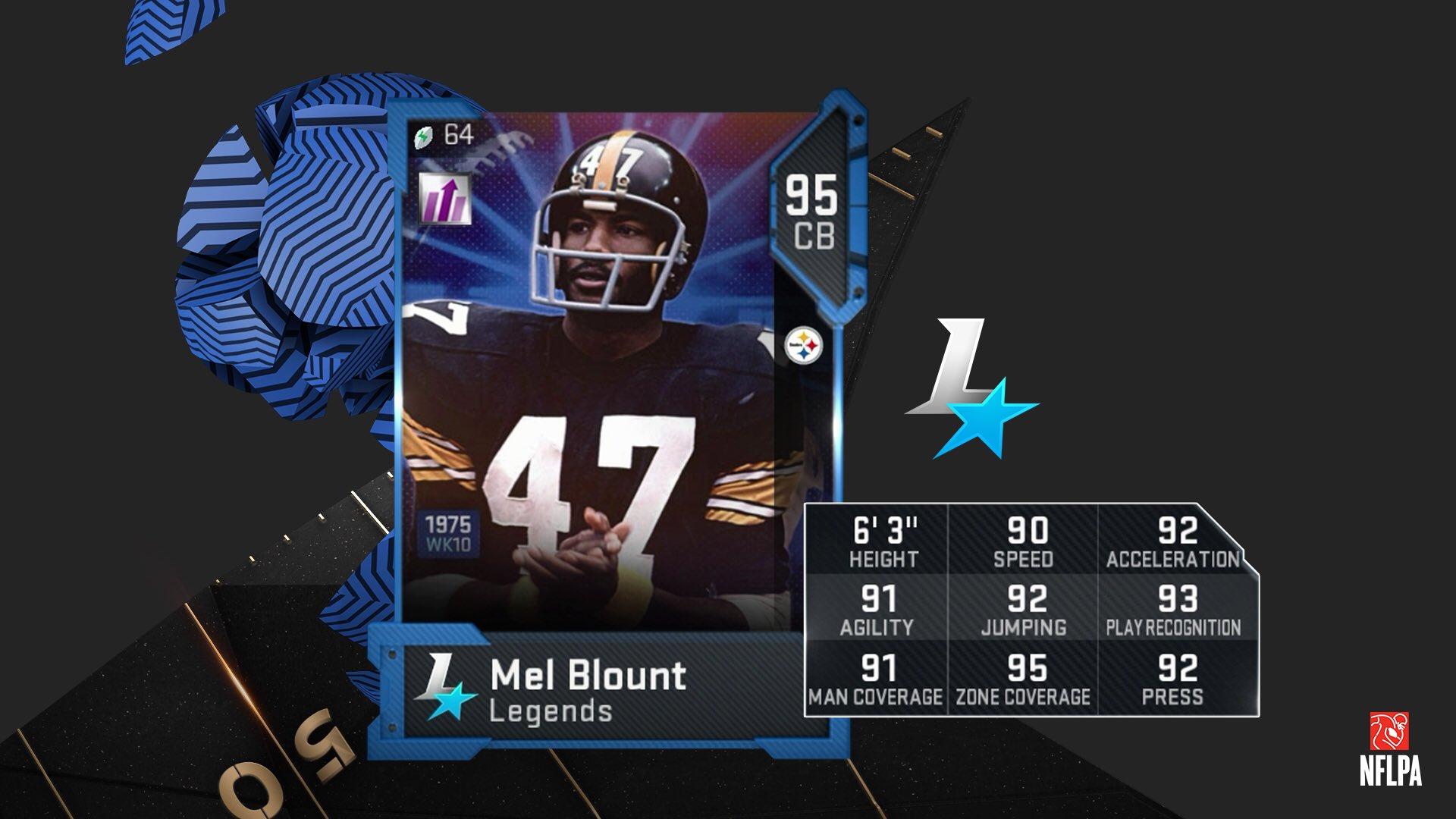 Here’s some eye-opening numbers for you – a total of 43 wide receivers have 90 Speed or higher in MUT currently, while 34 cornerbacks reach the same threshold. Again, that’s the same stat for a Legends card released in the middle of January, six months after the release of Madden 19.

Sure, Steelers’ theme teams could bump up Blount higher in the category, but to make him entirely outclassed for such a large majority of MUT users is frustratingly short-sighted, and echoes a confusing trend for Legends cards as of late.

At least in the case of Otto Graham, the dual-threat Cleveland Browns quarterback who dominated the AAFC before joining the NFL in 1950, an obscene 90 Trucking and 93 Throw Accuracy Deep make this a unique card for Browns’ fans, and a difficult choice over the likes of 94 Ghosts of Christmas Future LTD Baker Mayfield. 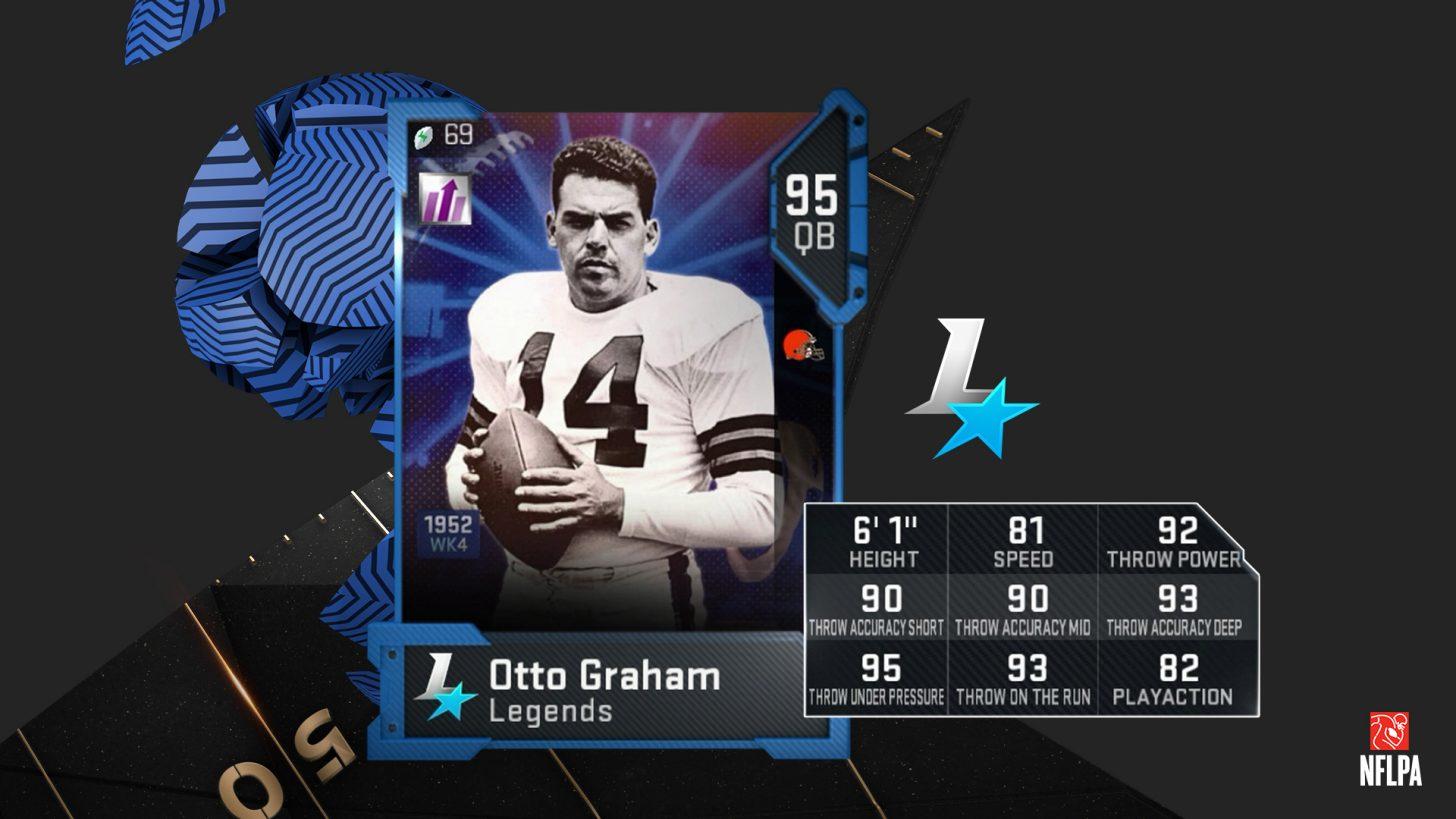 But even still, at 81 Speed for a player that literally made his Hall of Fame career off his versatility and his legs, Graham probably isn’t enticing enough to use for anyone outside of Browns’ fans, especially compared to a wide range of speedy quarterbacks such as Michael Vick, Donovan McNabb and Steve Young, all of which have similar, if not better, throwing stats.

It’s almost as if EA pre-made the Legends ratings months prior, but didn’t consider how they’d fit in with the current options in the meta. The ability to create and build competent theme teams has been one of Madden 19’s greatest strengths, but it shouldn’t make a Legends program, long since considered one of the pillars of Madden Ultimate Team, an accessory.

At least in the case of 96 overall limited-time Legend Chris Johnson, generously considered by EA for the program thanks to his 4.24 40-yard dash at the Combine which in term made him the fastest player in Madden during his heyday, the former Titans back has excellent all-around stats and ranks among the best at a loaded running back position. 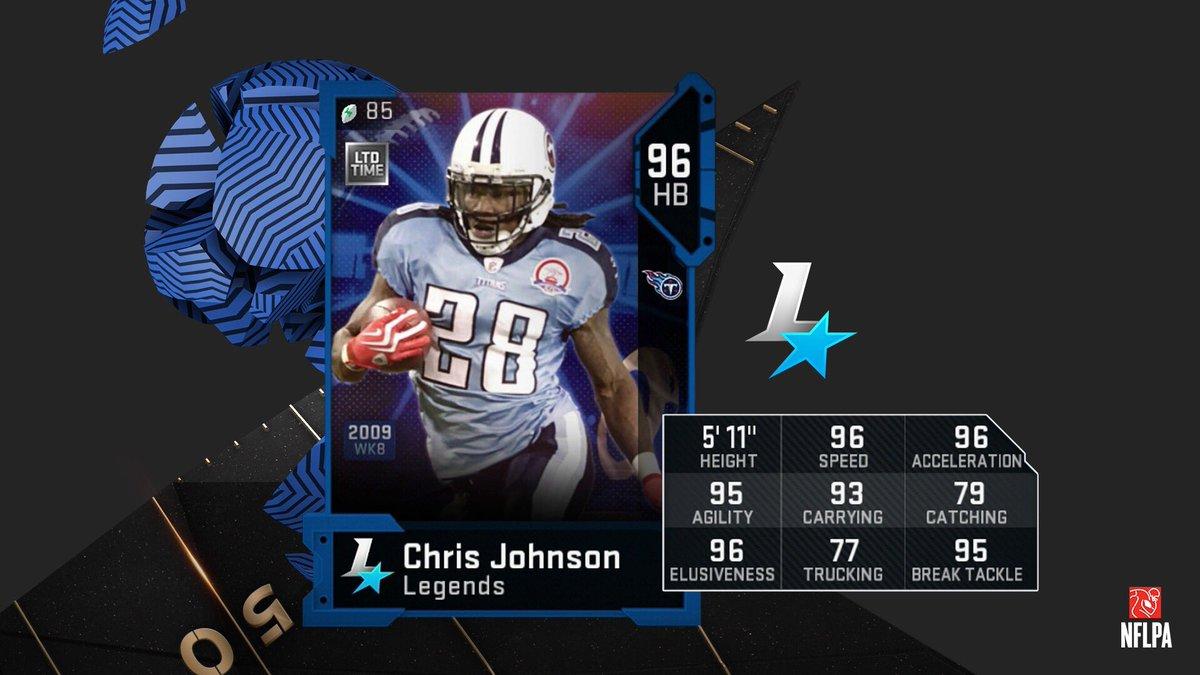 But without a Power-Up option, Johnson’s item will likely be one of the highest-priced cards to date and largely unaffordable for the majority of the player base thanks to his LTD nature.