Wednesday 19’s MUT release saw the accidentally-teased Out of Position (OOP) Ironmen promo from Tuesday come to fruition, and along with it 20 new cards. The 12/19 version presents were also “unwrapped”, to equally disappointing fanfare.

Starting first with the OOP players, “Ironmen” was in fact a hint for the position of a given card which was speculated by many in the Madden community.

Unlike the original OOP promo, the 20 new players play the opposite offensive/defensive side of the ball from what they traditionally do, opening the door for the likes of fan-favorites Legends Deion Sanders and Calvin Johnson to receive unorthodox wide receiver and free safety cards, respectively. 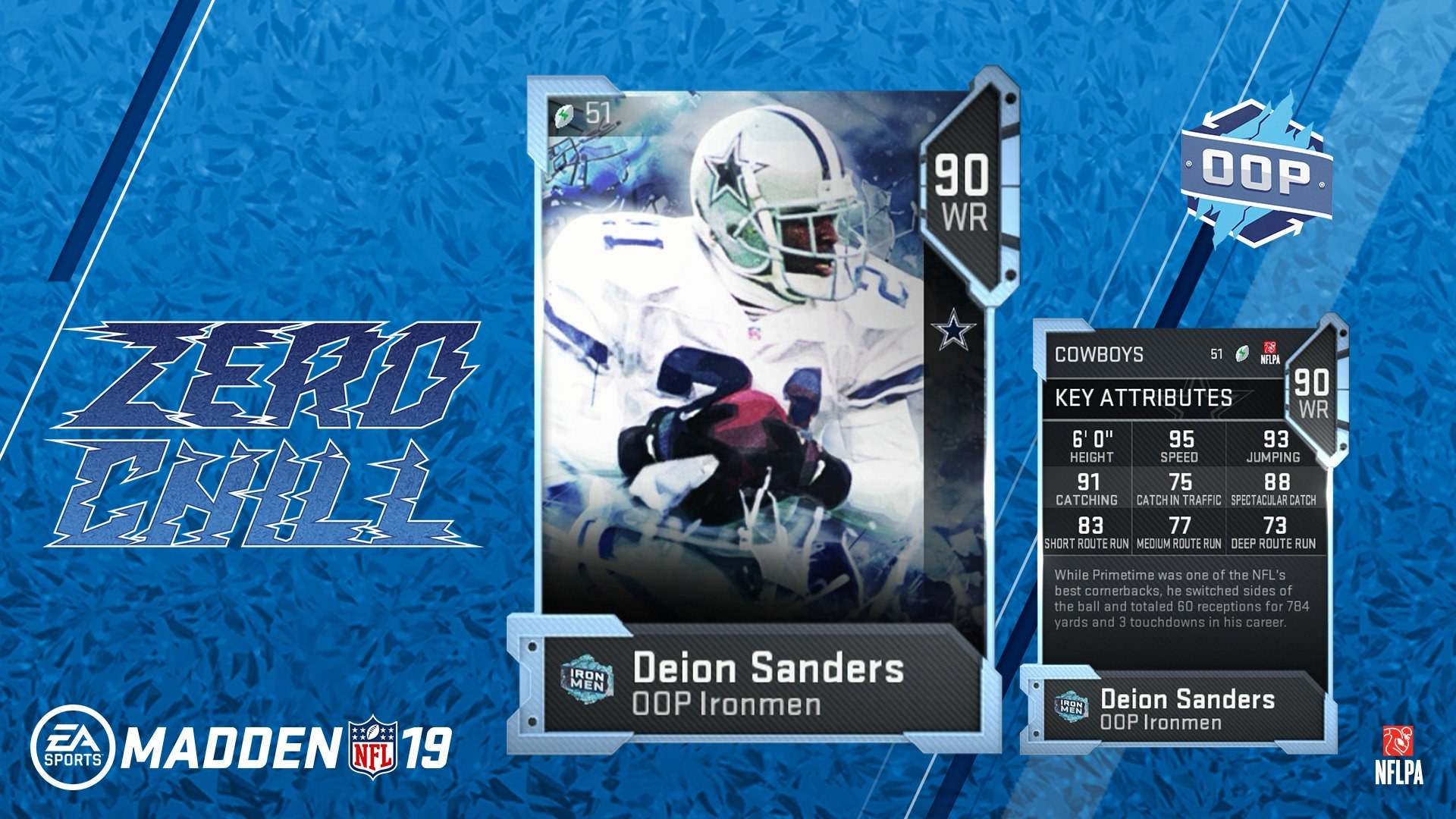 Much like the OOP quarterback Walter Payton and OOP right outside linebacker Sean Taylor, both Sanders and Johnson have a handful of select statistics which are intriguing, but are otherwise complete duds.

Sanders’ 95 speed is tied with Blitz Tyreek Hill for the fastest among WRs, but nearly every receiving statistic pales in comparison to even the most basic of elite receivers released at the beginning of the year. 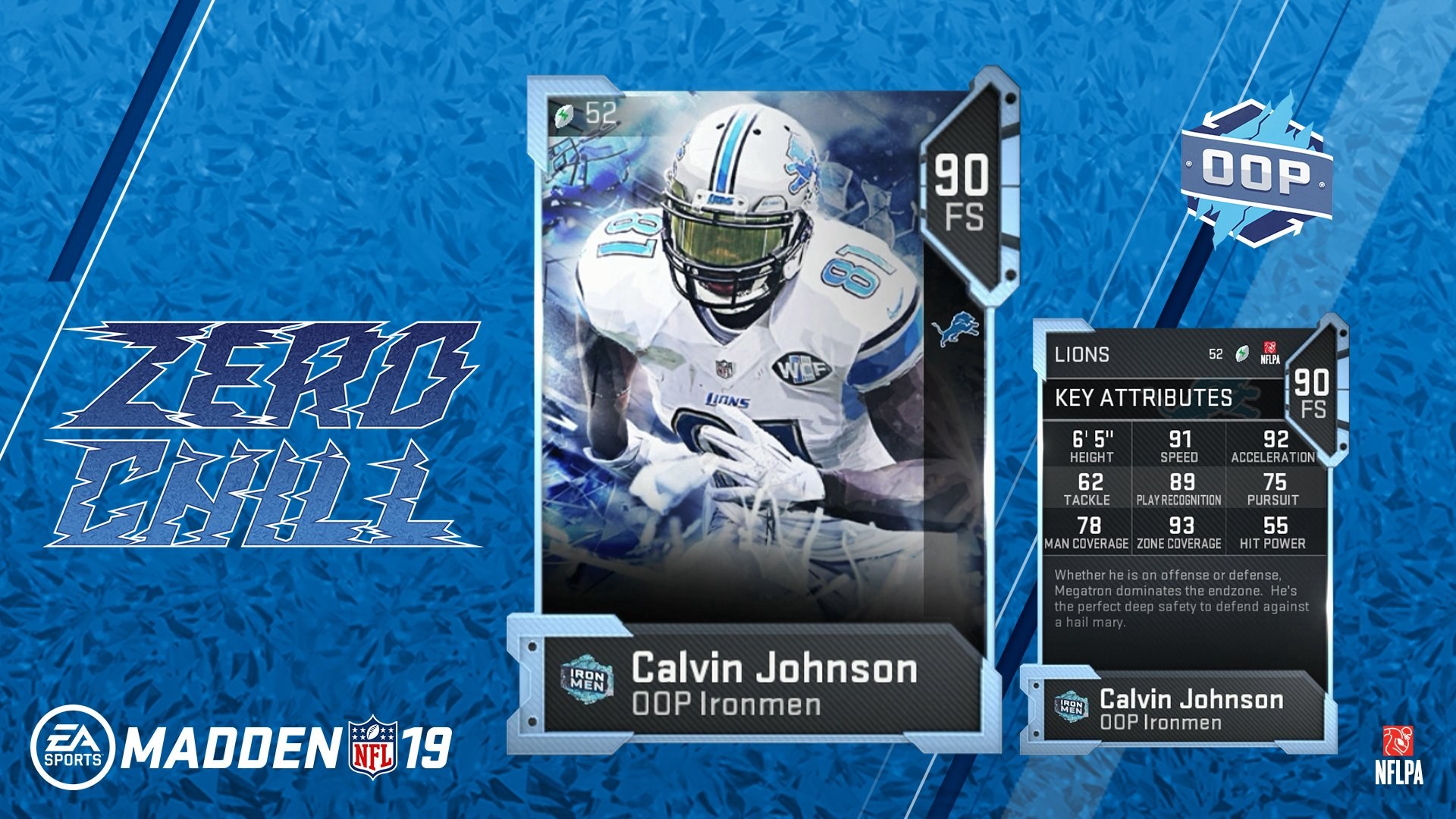 While Johnson is tall (6-foot-5), he has excellent zone coverage and speed for the position, but it’s a moot point given that he’s completely inept when it comes to tackling, which makes him essentially a cheaper version of already fairly cheap, yet significantly better options recently released at FS, namely 93 overall Gauntlet Sean Taylor. 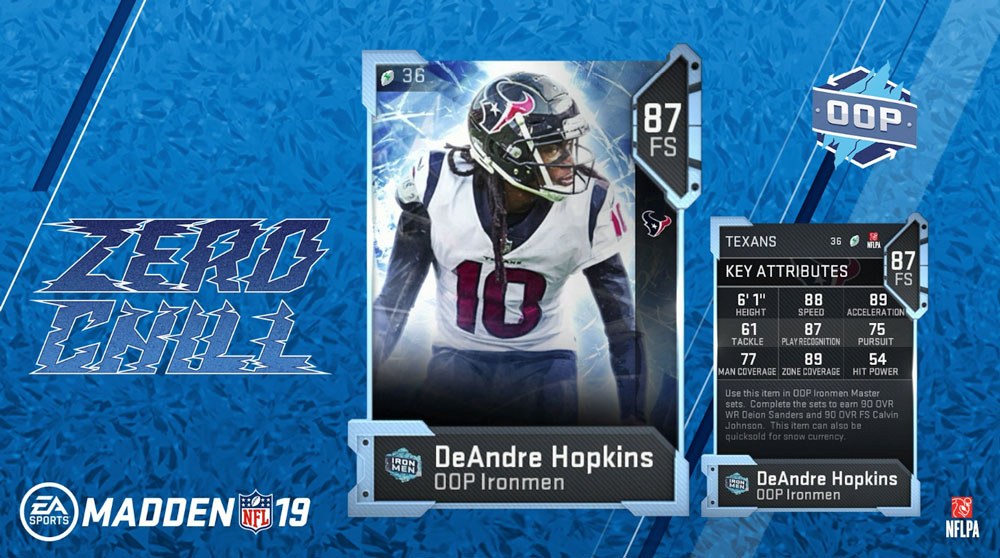 To get either Sanders or Johnson, you’ll need to use a number of “elite” OOP Ironmen to complete their set, which might be the only serviceable option for the other 18 released cards.

87 overall LG Aaron Donald, 86 overall FB Dontari Poe and 85 P Ben Roethlisberger might have some fun novelty purpose given the lack of available options at their given positions, but quite simply if you’ve been playing Madden for more than a couple of weeks you should already have better options than the content released Wednesday. 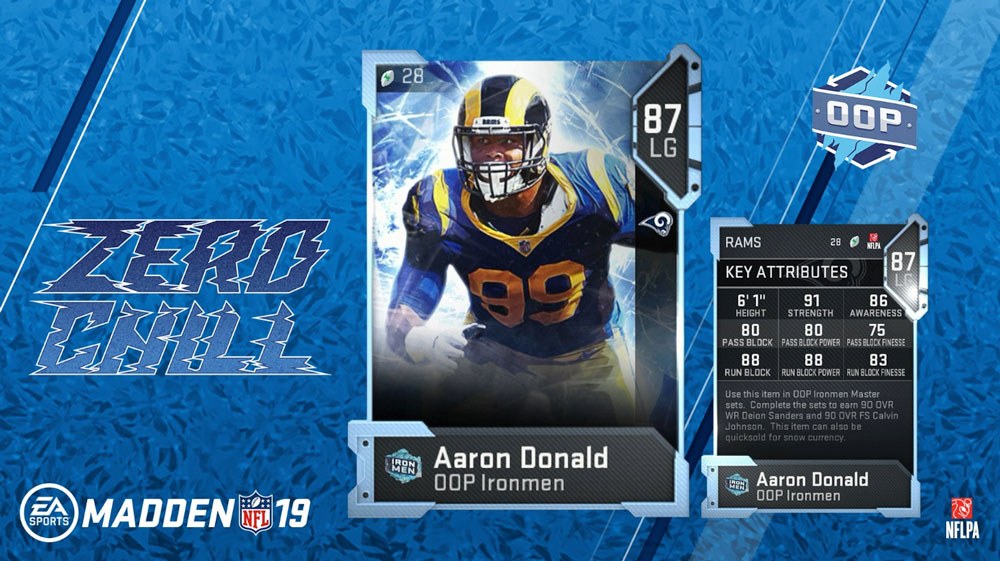 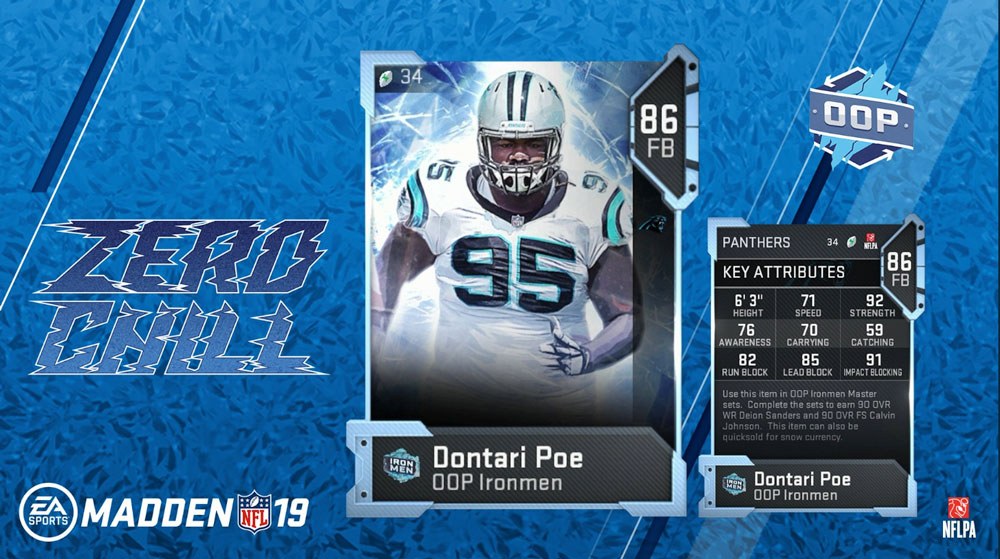 To cap off what I can only assume was EA’s test to see if you are a masochist, the “small” and “large” presents were revealed to be an OOP Gold Player pack, and 89 overall QB Andy Dalton. The OOP Gold Player pack is particularly disappointing given quick-selling the “reward” won’t get anywhere near the “snow” required to purchase the present (170).

At least with Andy Dalton, the Bengals signal caller had only seen two upgrades all season and was likely due to improve upon his 84 overall Team of the Week card, if only by default. And hey, if you aren’t interested in using the Red Rifle (I don’t blame you), you can always quick sell him for 640 snow. Bah humbug.