Another batch of presents were revealed Wednesday, continuing the Ghosts of Madden Future promo that was released earlier last week.

While things might have slowed down a bit for Christmas, Madden 19 is right back at it with more Ghosts of Madden promos as part of the Zero Chill program.

December 26’s drop is certainly not as large or impactful as the Christmas Eve drop that featured Michael Vick, but there’s still some great options available. 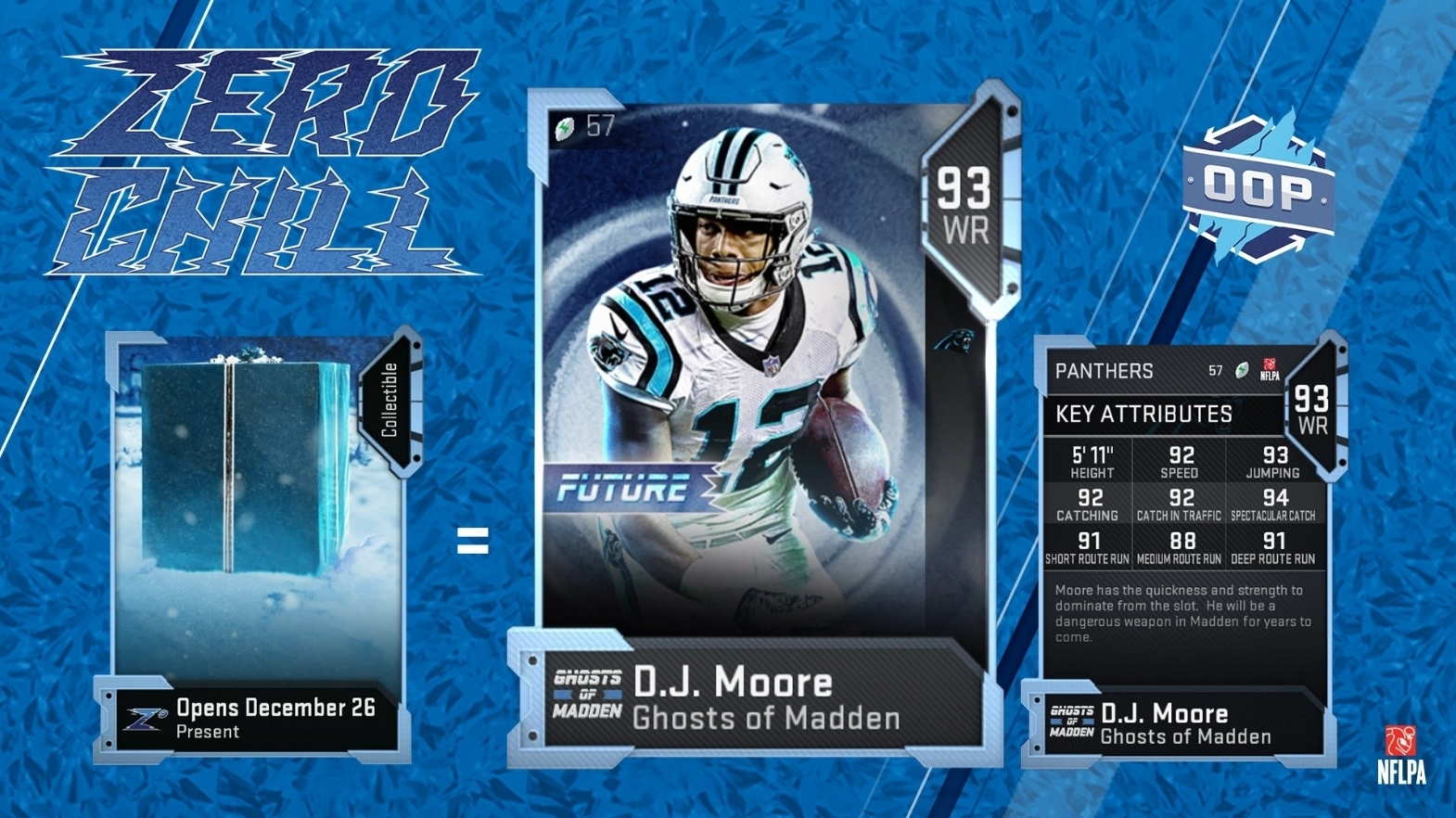 DJ Moore joins a crowded list of Panthers players to receive upgrades throughout Zero Chill, as the likes of Christian McCaffrey and Luke Kuechly have also seen substantial boosts to their previous high overall.

At only 92 speed and above average receiving stats, Moore isn’t exactly a top-tier option for most people, but he should be a relatively inexpensive item despite coming out of a gift given the myriad of other speedy receivers released in the past two weeks.

Moore is probably overdue for a Power-Up option at some point, too, given his 87 Rookie Gauntlet card was viable for much of the year, but that likely won’t be introduced until early February. 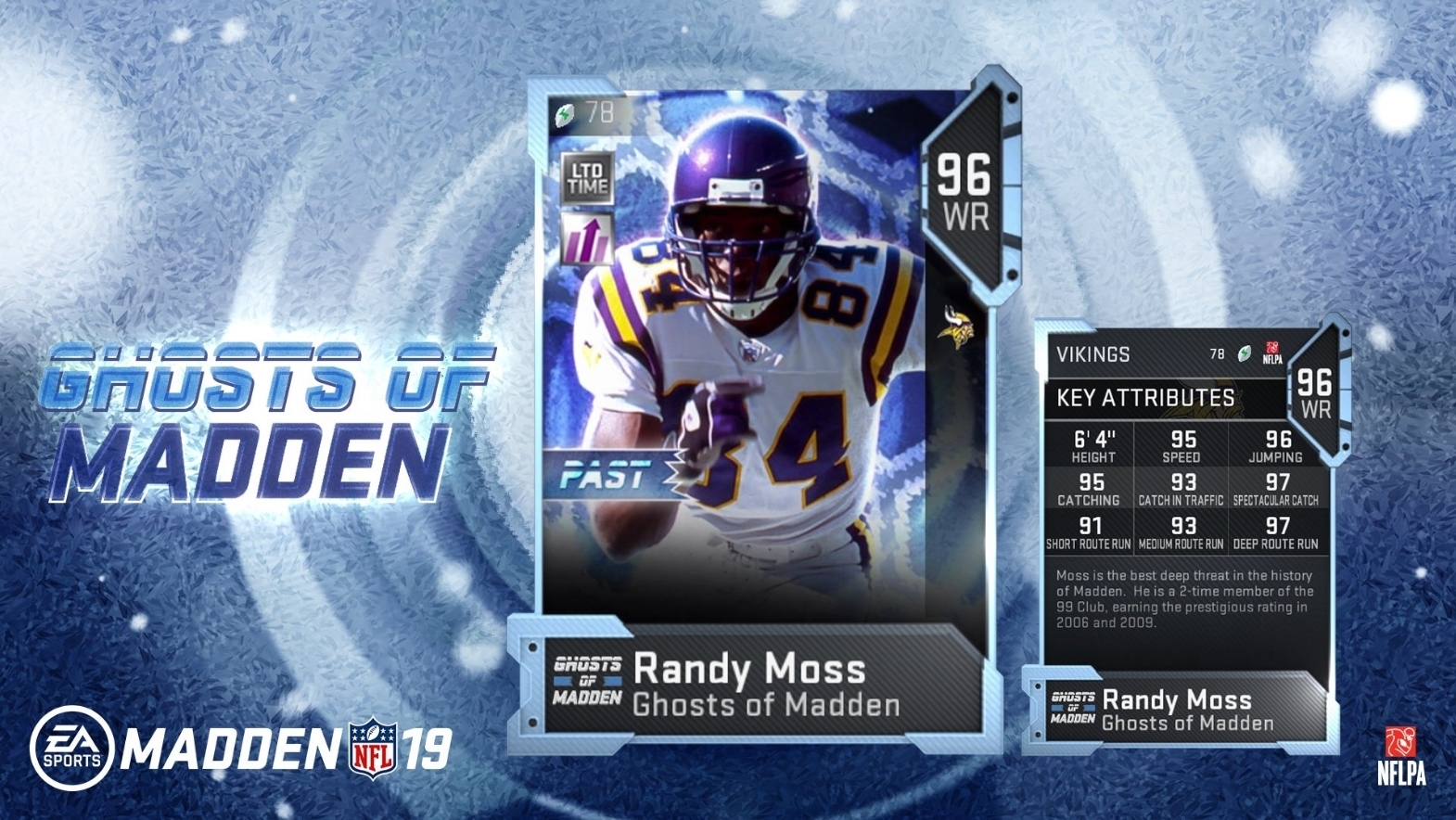 The Moss upgrade is by far the best of the three, and joins Michael Vick as one of the most sought after cards in Madden Ultimate Team. With 95 speed and standing at 6-foot-4, Moss is simply the best wide receiver right now, and will continue to be such until the likes of DeAndre Hopkins or Julio Jones receive substantial upgrades.

Unlike Vick, however, the Moss upgrade is costly, and has been selling in the range of 1.5 to 2 million coins since entering packs on Tuesday.

If that price tag is too rich for your britches, Moss’ Power-Up option will take into account the upgrade by next week. North of 17,000 training points to bump him up fully will be expensive, but not nearly as much if you were to pay for the 96 overall item as is. 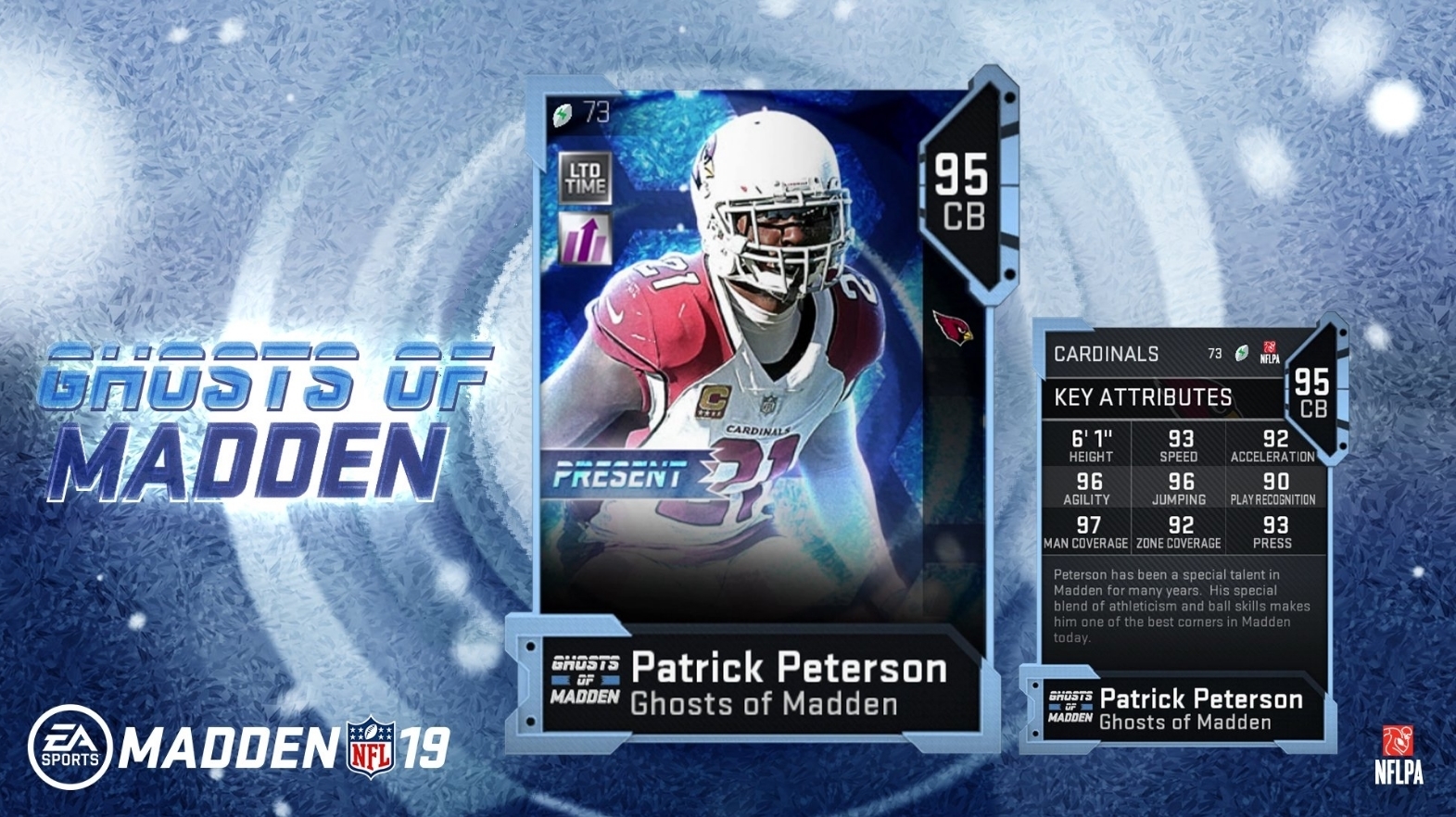 Compared to the likes of Moss, Peterson and Mayfield don’t get close to stacking up, but that shouldn’t be a knock on their respective upgrades.

Peterson, in particular, is a suitable counter to the aforementioned Moss, as he has the height (6-foot-1) and coverage skills to at least keep pace with the Vikings and Patriots Legend.

Ghosts of Madden Forever Champ Bailey and Ghosts of Christmas Past Aeneas Williams are both cheaper and better overall items than Peterson, but the Cardinals’ Pro Bowl cover corner will always be a crowd pleaser when it comes to the Madden community. 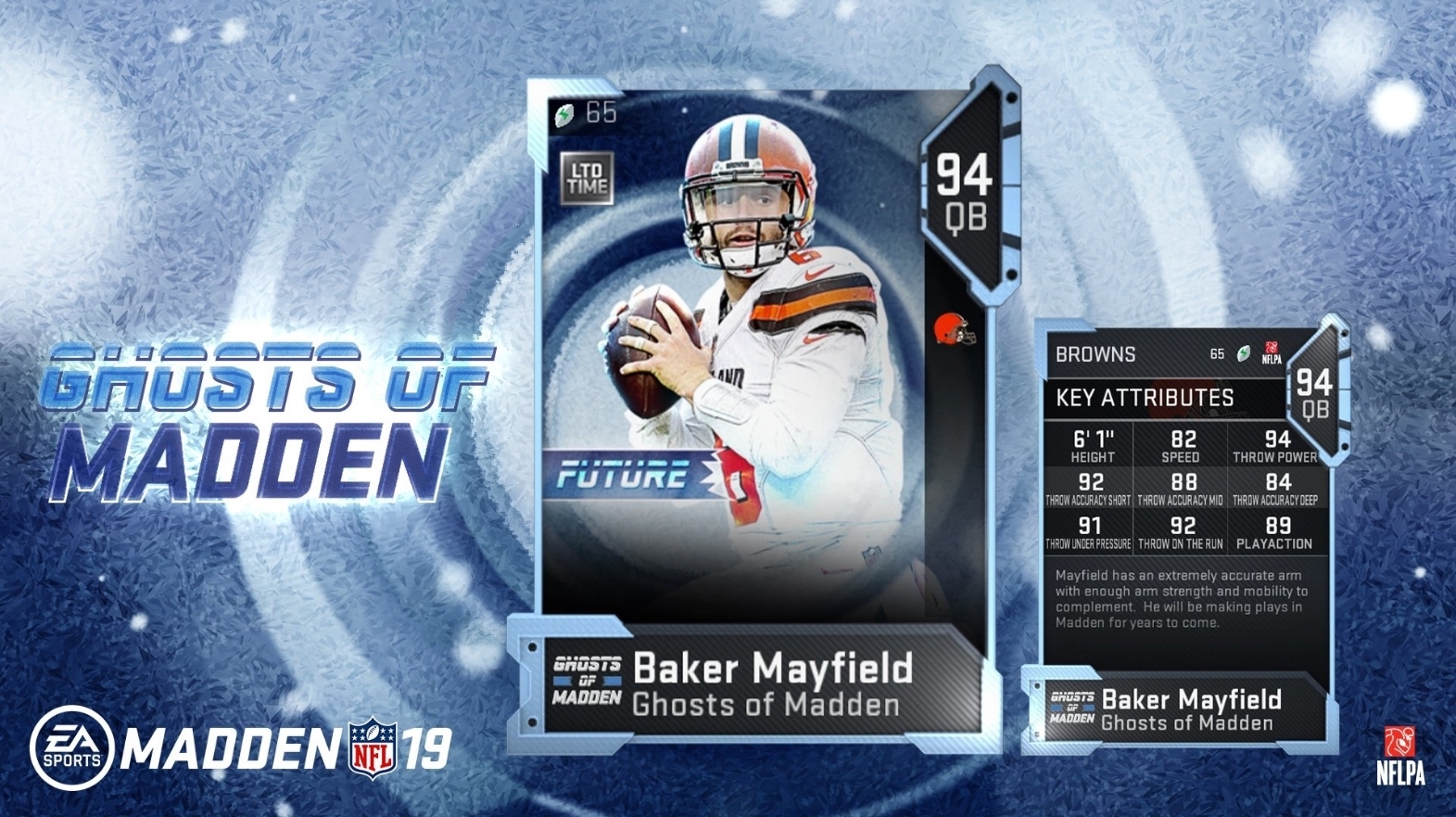 Mayfield unfortunately gets stuck with the LTD price tag, as his statistics coupled with his price likely only make him suitable for theme teams.

Much like Moore, Mayfield, who already has three cards prior to this one, is likely guaranteed a Power-Up at some point, so shrewd economic MUT players may be able to benefit in the not-so-distant future should they be willing to eat the 600,000 coin cost up front.