Another day, another previously released Legends card has been updated in Madden Ultimate Team, giving players plenty to aim for this week.

Ed Reed joins the long list of cards to receive upgrades in Zero Chill, but he’s not the only Legend to make a re-released appearance on Thursday.

LaDanian Tomlinson and Chuck Bednarik are also making an appearance as Out of Position cards with some less than stellar stats to boot. 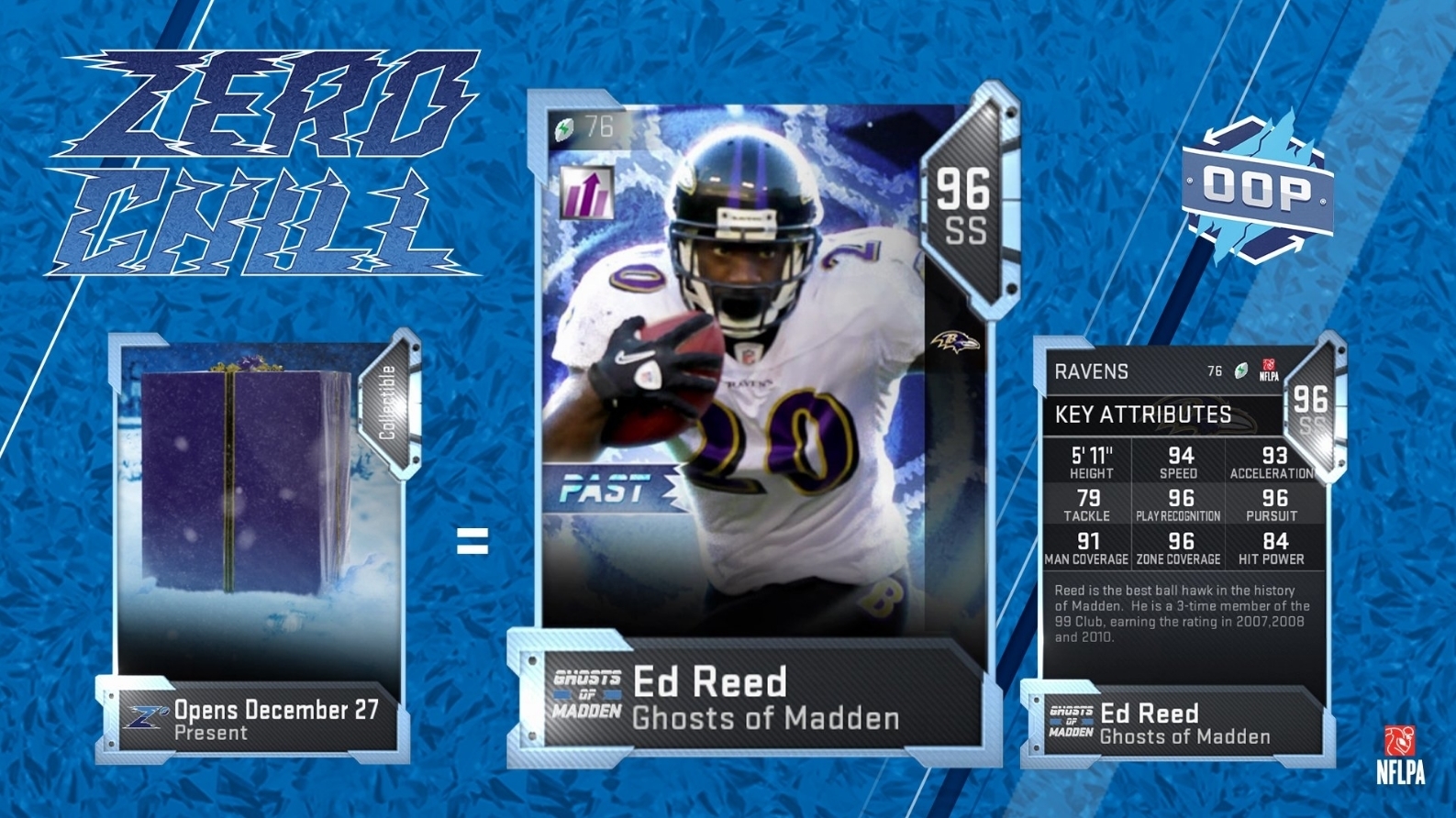 Unlike wide receiver Troy Brown, another Ghosts of Christmas Past card released via the gift format, Reed is unquestionably the best player at his position.

The fact he received an update from his 93 overall base Legends card is likely the direct result of that, but the safety position as a whole has not seen a major influx of high overall items from the Zero Chill program similar to other positions.

Much like the 95 overall Ghosts of Christmas Present Earl Thomas, Reed is on the shorter side at 5-foot-11, but that’s about the only negative given he boasts 94 speed, 91 man coverage, and 96 zone coverage. 84 hit power means Reed can’t do “everything” you’d want in a safety, but that’s serviceable enough to get by considering all the plusses he has in other areas.

The Out of Position safeties such as 90 overall Calvin Johnson will still have their place in the meta regardless of Reed’s dominance, but if you’re searching for a reliable coverage safety, you can’t really do better than Reed. 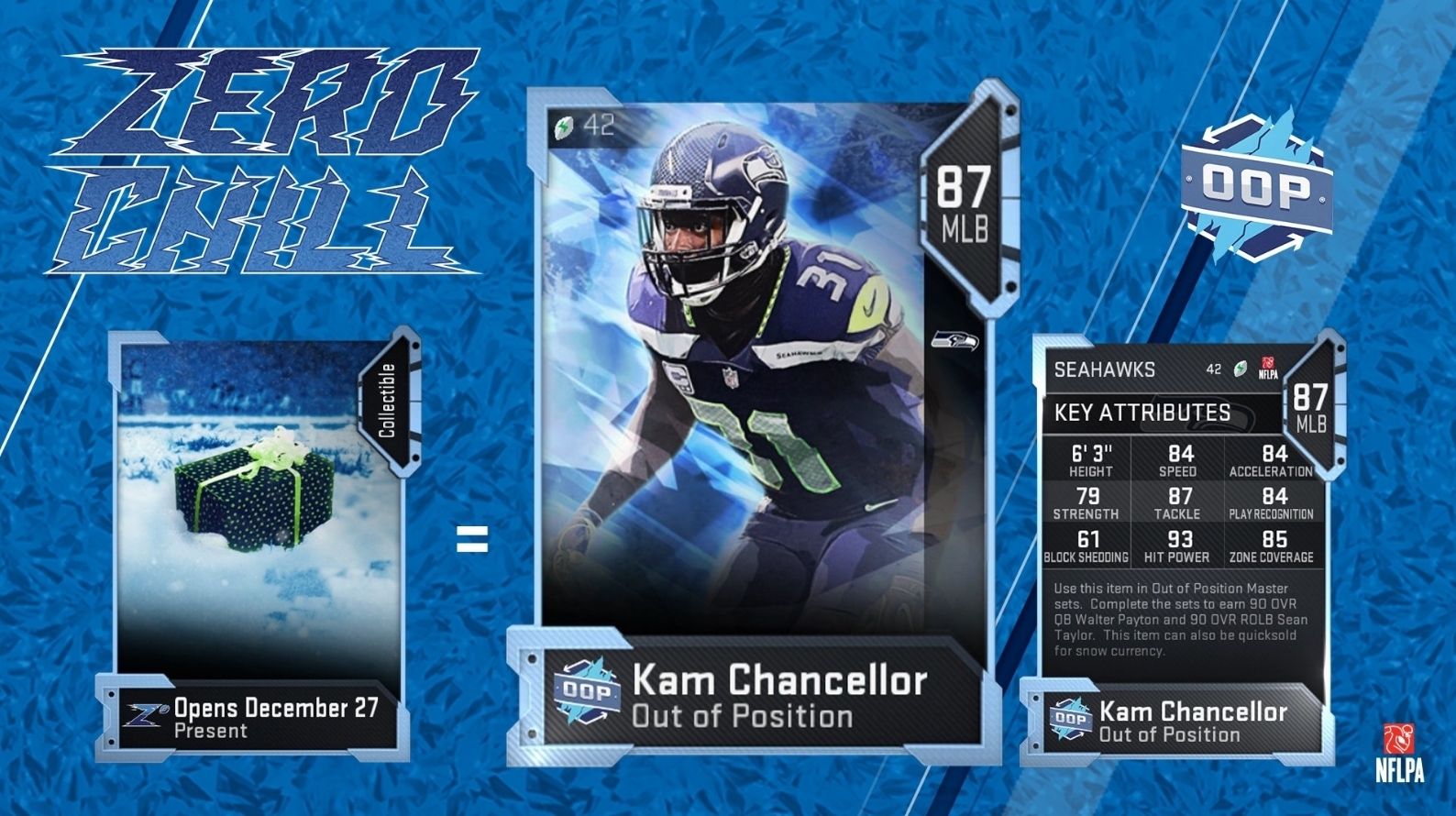 Surprisingly, Reed wasn’t the only gift Thursday to have some value, as Out of Position Kam Chancellor actually has viability despite the low overall. That’s essentially built entirely in the item’s 93 hit power, which is actually tied for the second-highest among middle linebackers.

The ability to move a safety to middle linebacker using a variety of different defensive packages makes Chancellor’s position mark not quite as valuable as past editions of Madden, but compared to his 90 overall Flashback safety card, this MLB version of Chancellor is fairly cheap and does the same things well (hit power and zone coverage) at a unique position. 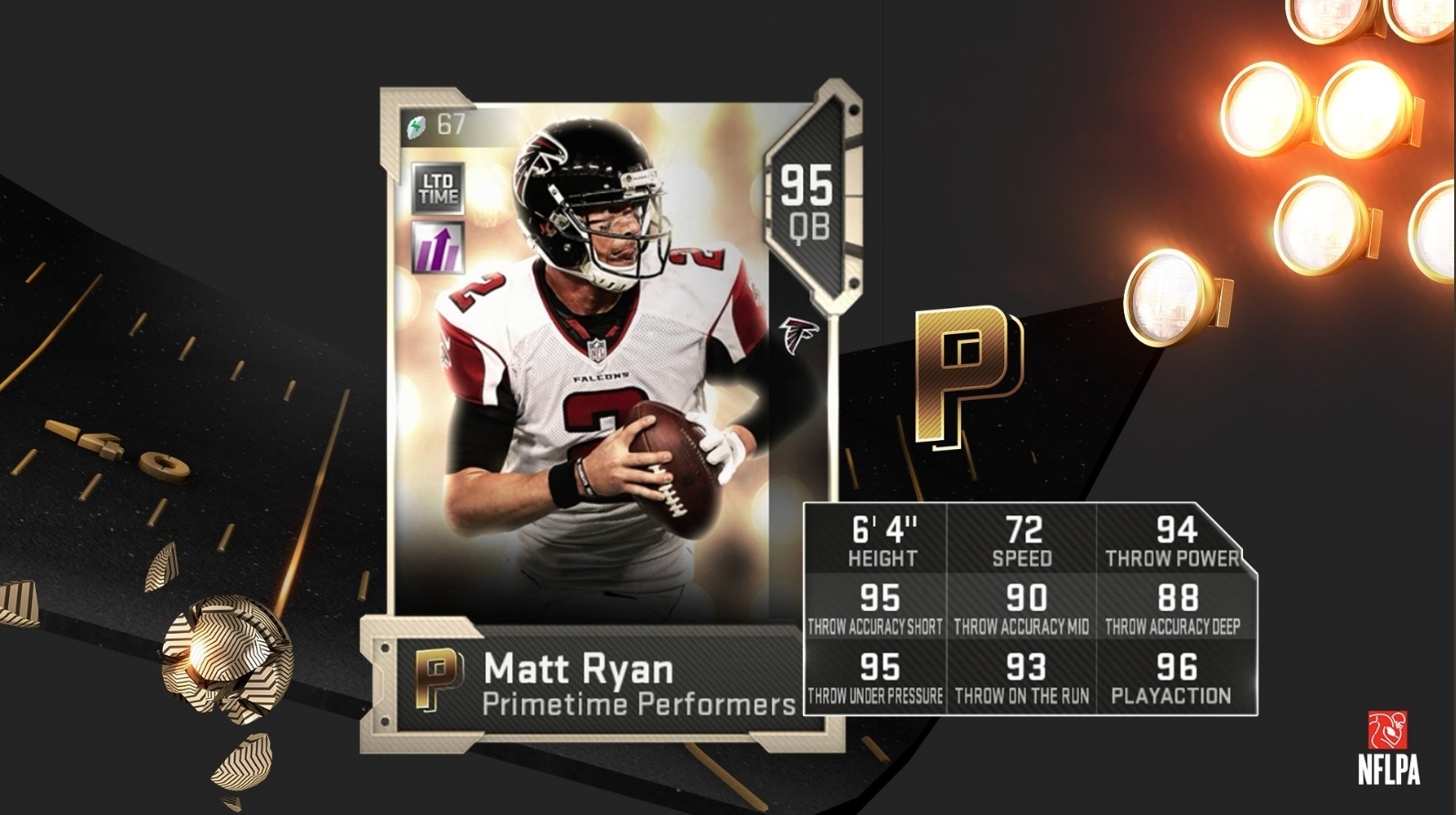 Matt Ryan has joined the increasingly long list of big-name quarterbacks to receive an LTD option in recent weeks, but it’s hard to knock him when looking at the stats. As pure of a pocket passer as they come, Ryan won’t compete with the likes of Donovan McNabb or Michael Vick – two cards which will likely dominate the meta for the ensuing weeks and months.

Ryan sports better throw power, throw accuracy deep, play action and throw under pressure than Rodgers, for what figures to be fewer coins as well. Speed is indeed king when it comes to Madden, but this Ryan card could be an under-the-radar sneaky good option for players who like to pass in the pocket, but still want some wheels if it breaks down. 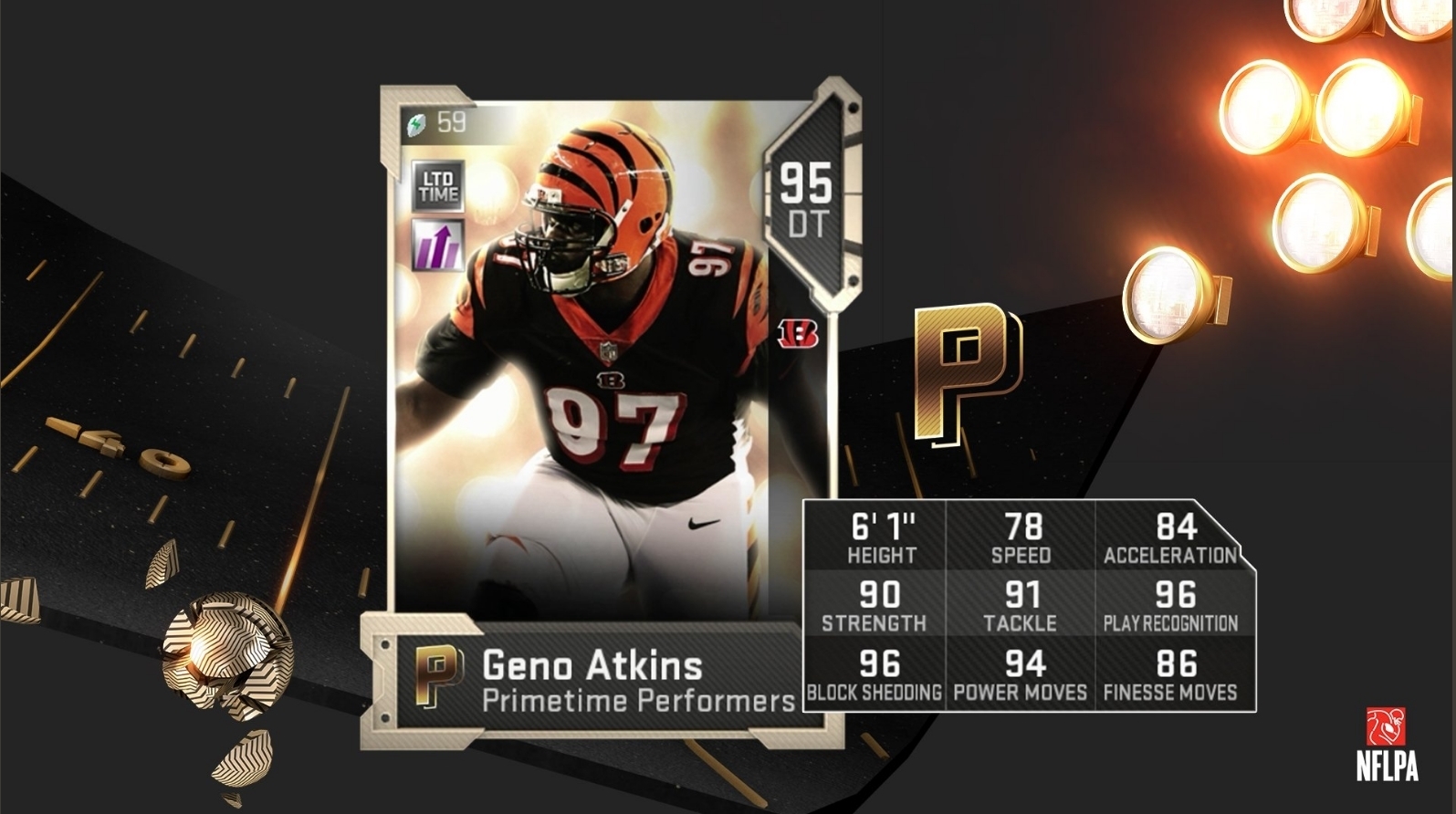 Unfortunately for Bengals’ theme teams, Atkins’ presumably high price won’t get him anywhere near the top of the meta when it comes to defensive tackle, as Monday’s 95 overall Ghost of Christmas Present Ndamukong Suh should outclass him despite costing around 300,000 fewer coins.

Suh trades seven less speed, marginally less pass rushing moves and blockshed for +10 in agility, +five in strength and more importantly, +19 in hit power, all of which have proven to be critical stats for an interior lineman.

The Atkins disappointment carries over into LTD 90 overall Out of Position Ironmen middle linebacker LaDainian Tomlinson, who is the fastest MLB to be released (91 speed), but has no discernable statistics other than that.

Given he’s only marginally faster than the likes of actually good MLBs such as Gauntlet Roquan Smith or even 88 overall MUT Master Ryan Shazier, and is also shorter than a lot of speedy user options available such as Zero Chill OOP Josh Jones, Tomlinson will likely be under 200,000 coins by the end of Thursday.

At least the Chuck Bednarik 90 overall LTD Ironmen OOP center item makes sense, given the Eagles’ Legend played both center and linebacker during his career, which lasted from 1949-1962.

Ironically, Bednarik’s newly released item is better than the Eagles’ best option at center (89 overall Veteran Gauntlet Jason Kelce), while the aforementioned Kelce immediately becomes the Eagles best fullback thanks to the OOP 87 item he received as one of the first gifts to unwrap for Zero Chill.