A total of six previously released Legends were reintroduced into Madden Ultimate Team as part of the Zero Chill program, including one from Saturday’s slate of gifts.

The Zero Chill program continues to introduce monumental new elements into the Madden Ultimate Team, and the latest drop is no different.

In what is sure to be a watershed moment for MUT players in Madden 19, previously released Team Captains, WR Jerry Rice and LE Michael Strahan, were added to the core Legends program, signaling upgrades for the likes of Ray Lewis and Shannon Sharpe as as soon as next week. 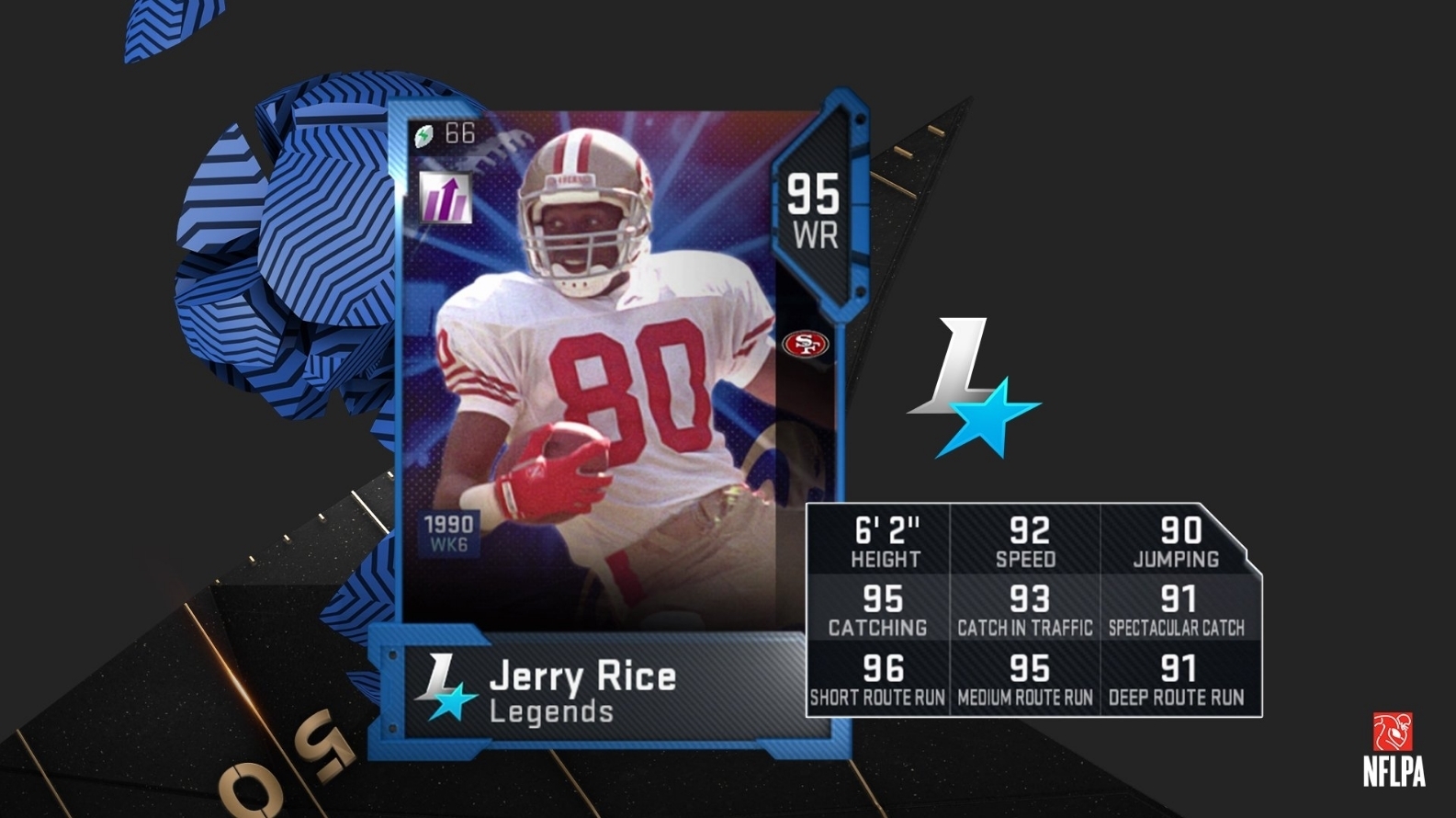 Make no mistake, both Rice and Strahan are excellent cards at face value. Slotting in at 6-foot-2 and with usable 92 speed, Rice lives up the G.O.A.T moniker that is so widely established with the long-time 49ers star wideout.

And Strahan is unquestionably in the conversation for best rushing defensive lineman, joining 96 overall Christmas Past Bruce Smith, 95 overall Legends LTD (limited time) Deacon Jones and 95 overall Team of the Week LTD Khalil Mack as the best dual threats at end currently in the game. 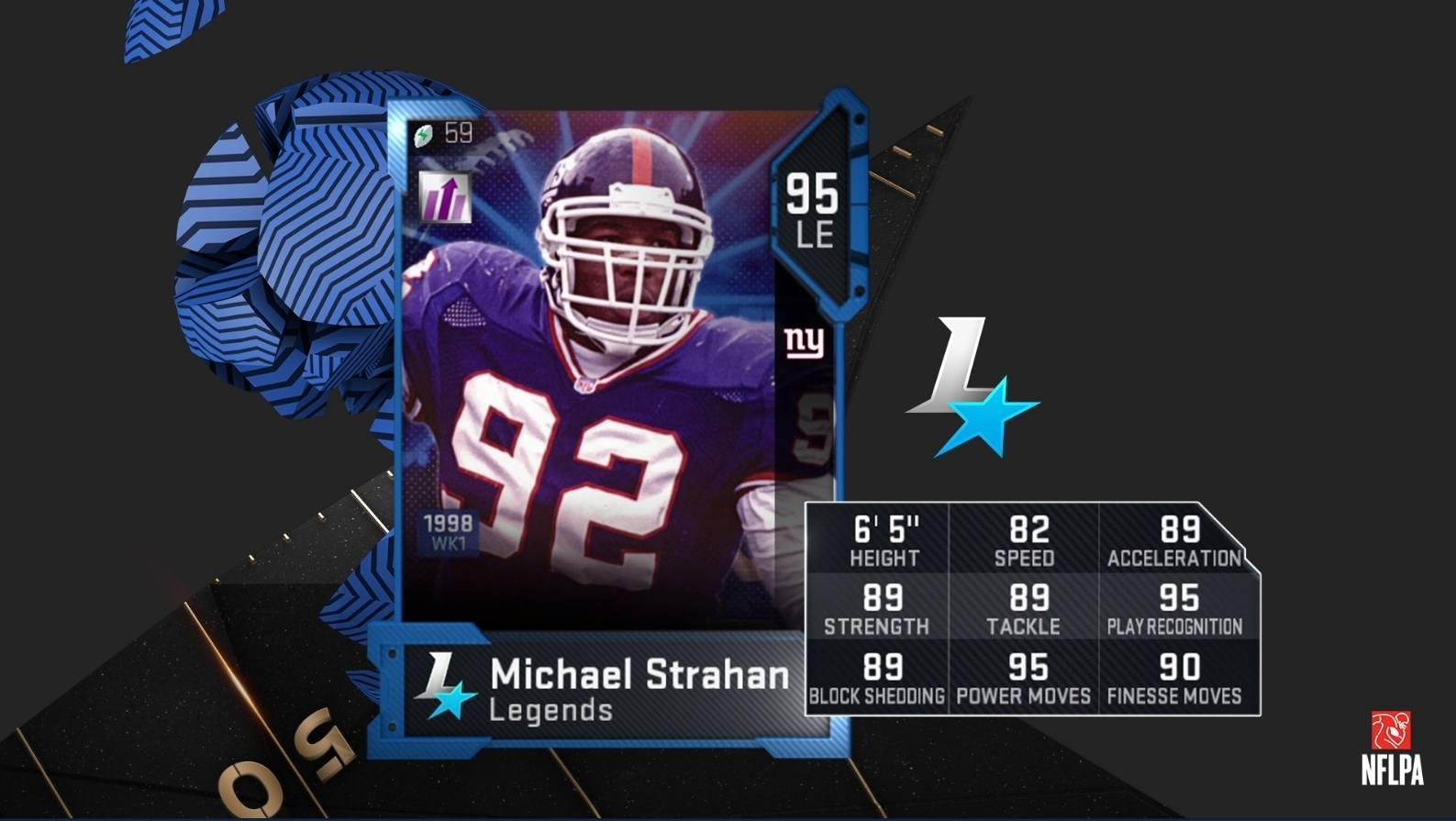 The only problem, is both players are already in the game in the form of 97 overall Team Captains. Admittedly, players have had to grind all year to acquire said cards, and their reward is as much about bragging rights as it is having one of the premiere options in the game.

But a total of 12 repeat Legends cards released in the past two days (including Ghosts of Christmas Past) isn’t exactly a banner way to lead into the home stretch of Zero Chill, and marks yet another rollercoaster fall for the month-long program. 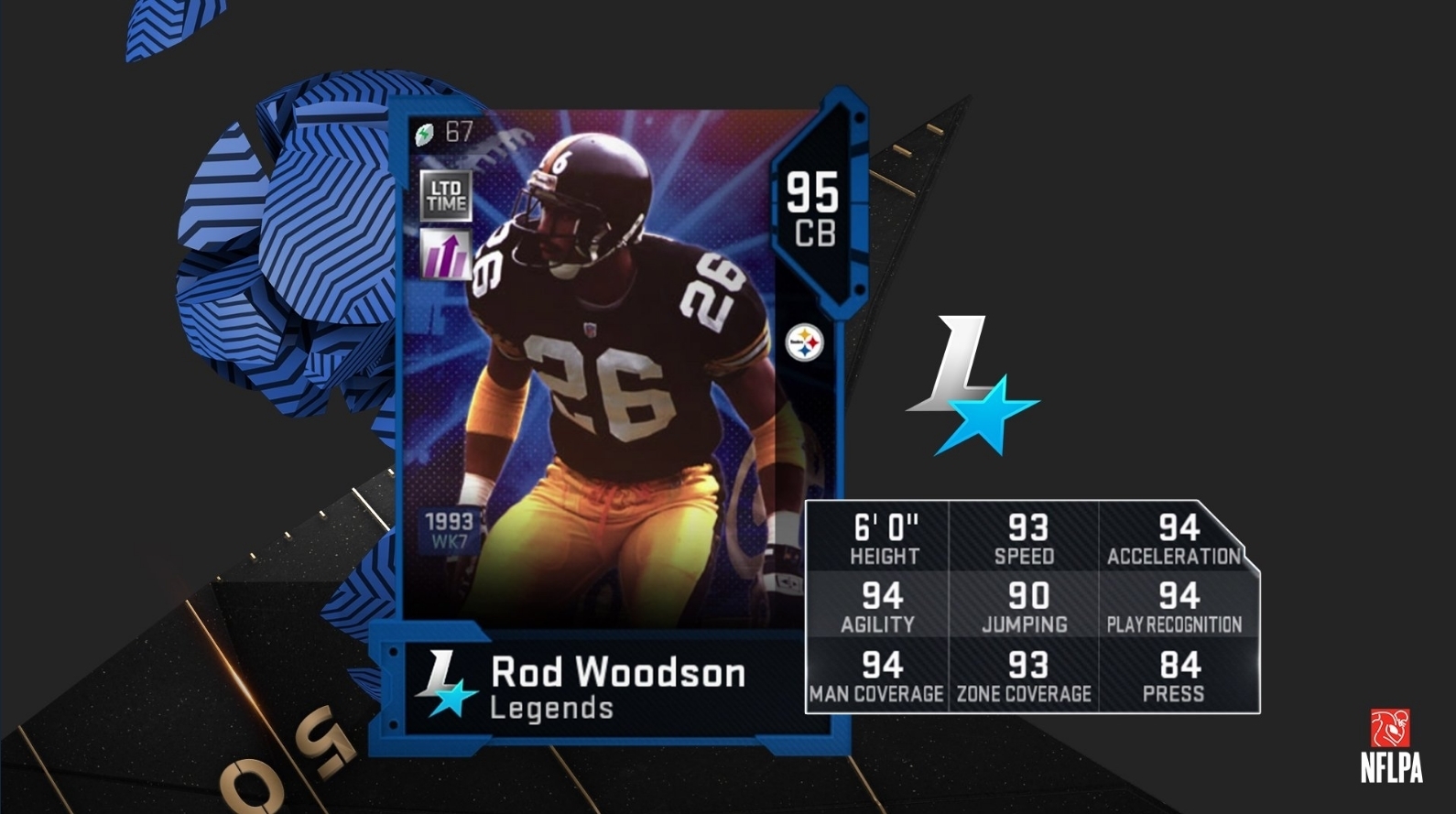 95 overall Rod Woodson continues the trend of Hall of Fame program players receiving limited-time cards, meaning WR Terrell Owens is slated to be one of the LTD options available next week if EA continues the pattern.

While Woodson doesn’t sport the same press as Friday’s 96 overall Aeneas Williams or 95 overall Ghosts of Christmas Present Xavier Rhodes, he is slightly taller than the former and marginally faster than both of them.

However, given the LTD nature of Woodson’s upgrade, both Rhodes and Williams are significantly better options simply because they are more widely available. 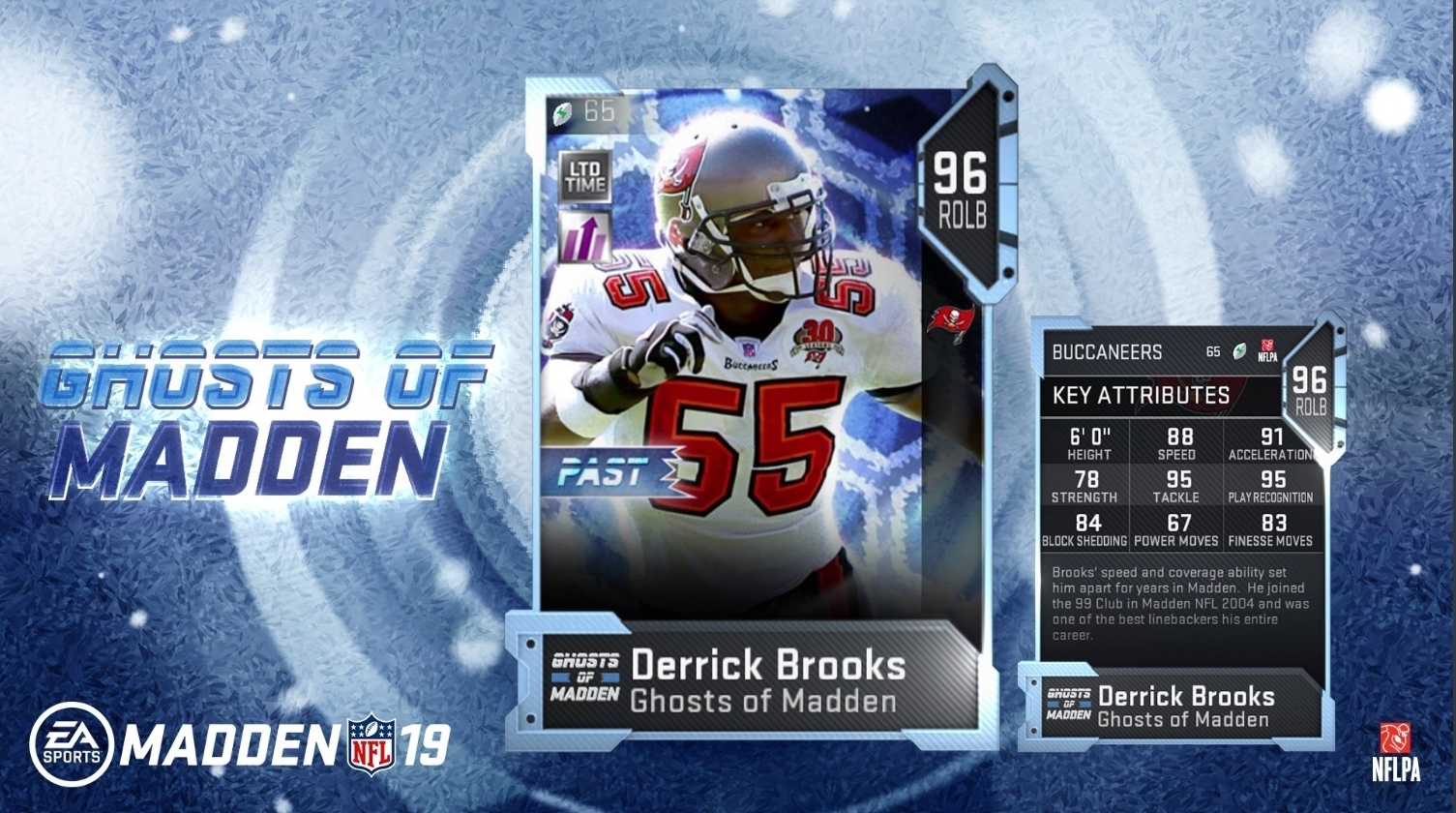 You could make the same case for 96 overall LTD Ghosts of Christmas Past Derrick Brooks, except a Buccaneers theme team probably wouldn’t even want to invest the extra coins considering ROLB Lavonte David just received a 95 overall Ghosts of Christmas Present upgrade….a week ago. 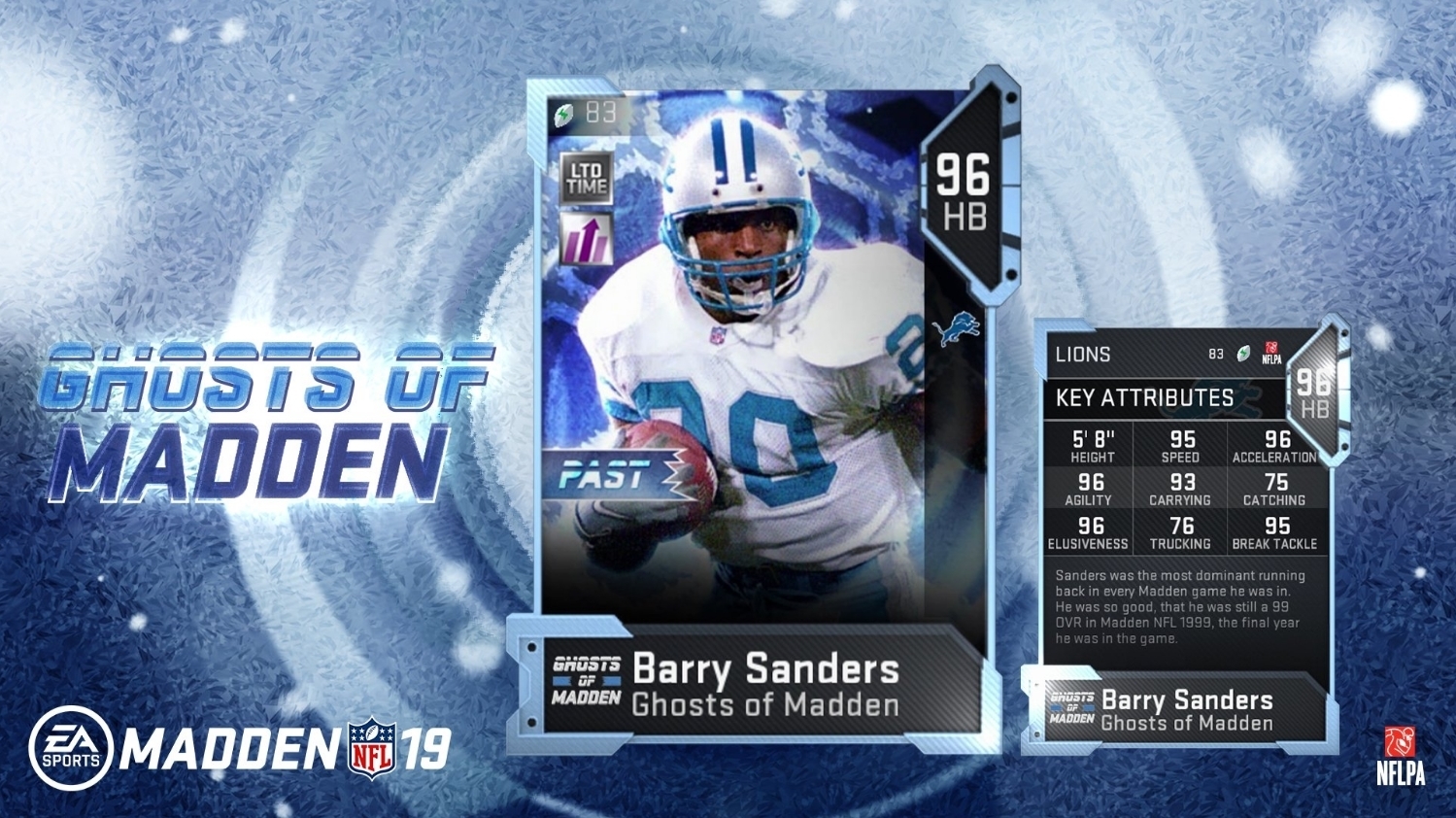 Sanders is a different type of LTD given he is one of the favorites at RB in the Madden community, and also has the stats to boot.

95 speed is two higher than the next fastest RB in the game, and that alone appears worthy of what is expected to be one of the most expensive cards in the game at the moment.

Still, the Power-Up format has allowed for a number of cards to reach that same threshold via Training, making them arguably more affordable options, just without the name recognition. It’s perhaps not a high bar to jump, but even so, Sanders appears to be the best of the cards released Saturday. 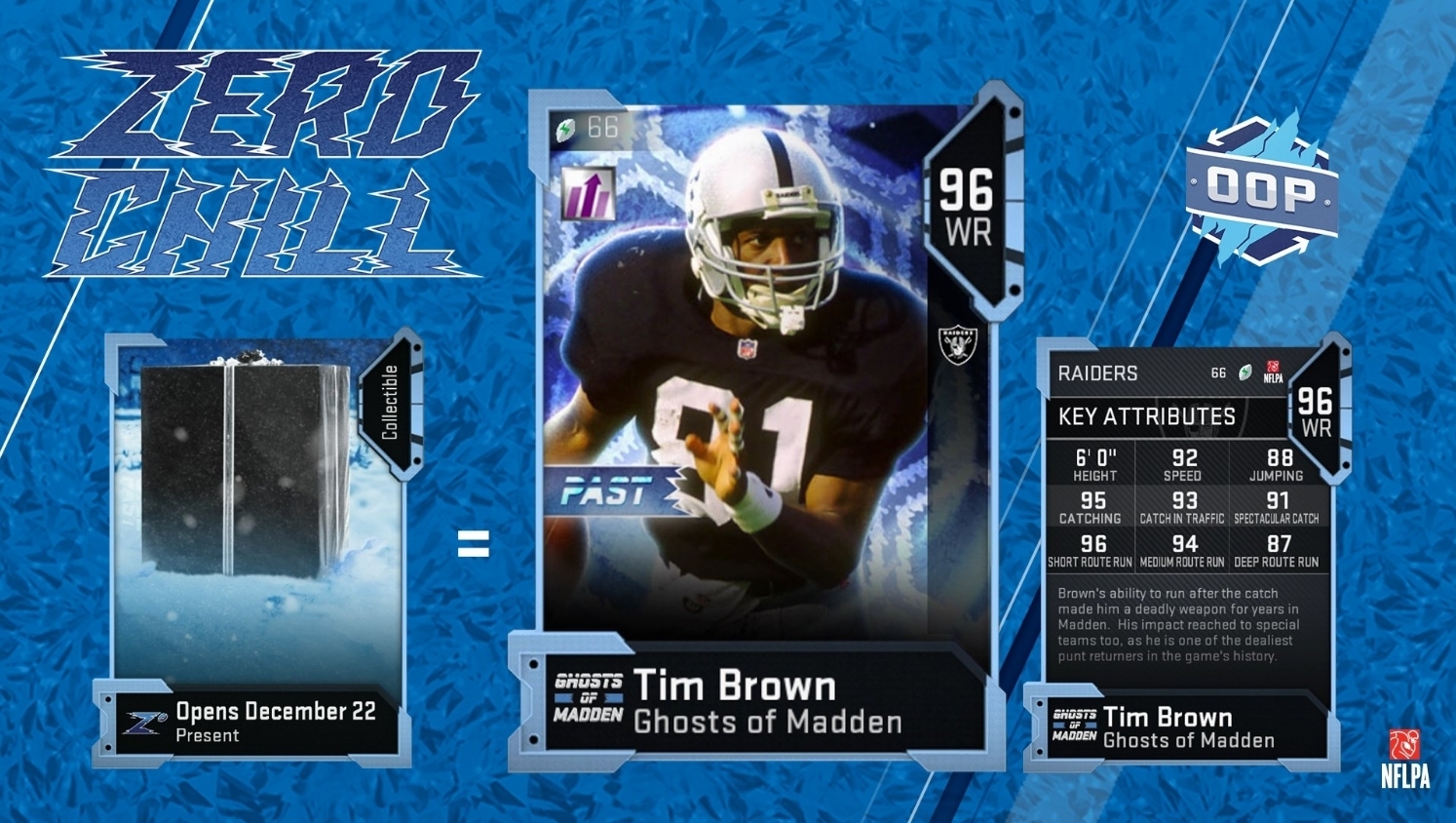 Tim Brown becomes the final re-released Legend to grace Zero Chill, unwrapping out of the December 22 “large” gift. Sitting in the range of 500,000-600,000 coins, Brown is easily the best present to unwrap this year, and has a wide enough range of statistics across the board to be a relevant player for some time should you opt not to sell him.

The smaller of the two Saturday presents revealed itself to be a OOP Low Elite Ironmen pack, perfect for those interested in quick selling the rewards for more snow.

EA also released a second edition wave of presents, available for 170 snow a pop, with many users reporting a better pull rate of the “Large XL” gifts as opposed to the first rendition, which ends December 26.