While the promo is titled “NFL Free Agency,” it sounds as if any players that moved to new teams during the NFL offseason will be eligible for a new item, with Madden 19 coverboy, Antonio Brown, chief among them following his trade to the Oakland (soon to be Las Vegas) Raiders on March 9.

Much like EA’s month-long Christmas program, Zero Chill, the initial start to the NFL Free Agency promo is a little bit underwhelming, and is expected to have a myriad of options built in throughout the coming weeks. 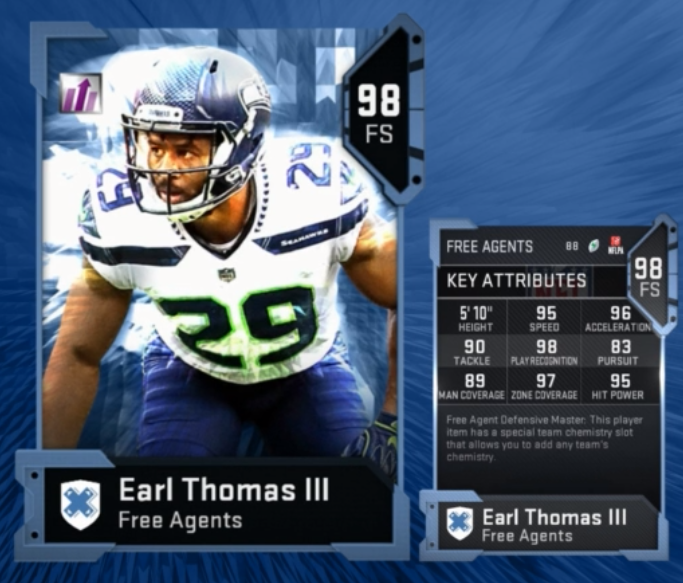 Without a team chemistry option, Thomas’ 98 overall is fairly mundane.

The two headlines are Earl Thomas and Le’Veon Bell, as both marquee players expected to leave the Steelers and Seahawks, respectively, come the official start of the new NFL calendar year.

While the main attraction of the promo is the recently released players will be updated with their new team chemistries after signing with a team, players are currently left with stock 98 overall players devoid of any sort of team chemistry.

That also applies to the 28 other Free Agent cards currently released, meaning the latest upgrades can’t even use team chemistries of their soon-to-be former organizations.

That’s a particularly bad look given the emphasis (and rightfully so) on the creation of theme teams, but the argument could be made the players won’t be without team chemistry options for long provided they sign new contracts in short order. 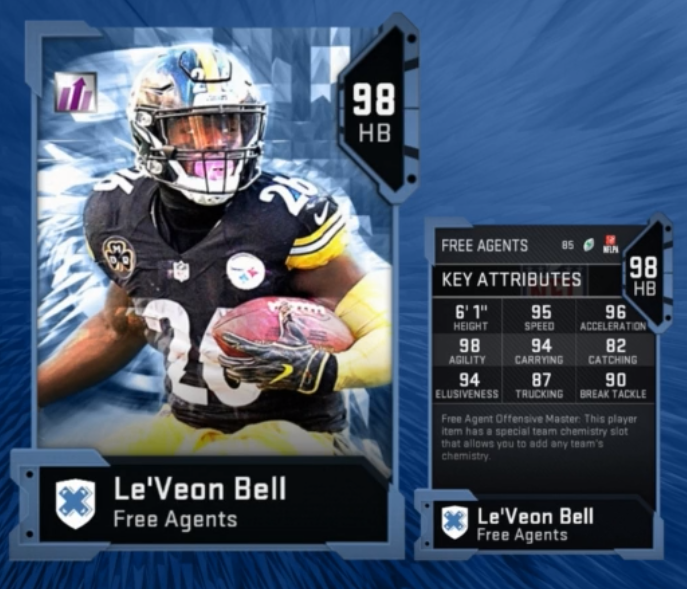 For someone like Bell, however, the Free Agency promo really does nothing to boost his value, as his 95 overall NFL Journey card already gives users the ability to slot him with any team chemistry possible.

Based on that logic, it’s quite possible, and perhaps likely, some players will receive x3 their new team in order to make them more enticing to build and acquire. 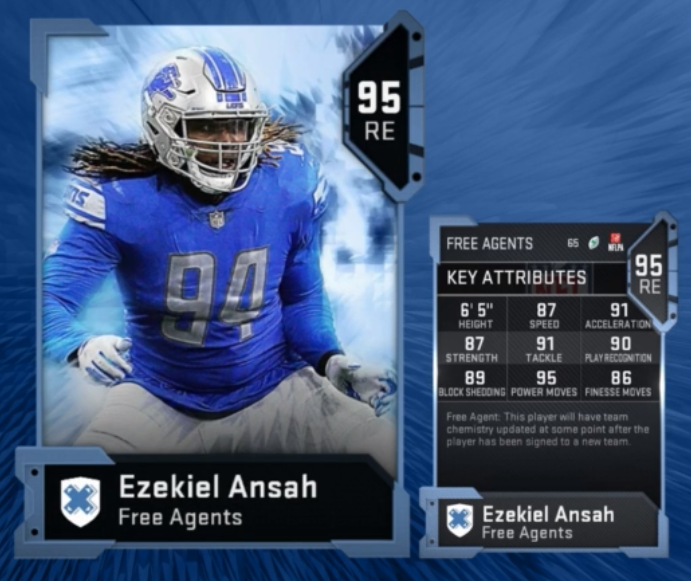 Ansah received a massive upgrade, but will need to wait to actually be usable for most teams.

Perhaps more importantly, a bevy of new Power-Ups should tie in with these recently released updates, including for players such as Ezekiel Ansah who whose previous high, an 85 overall Ultimate Kickoff card, saw a substantial update.

That process figures to linger, unfortunately, with a variety of other cards also in dire need of said Power-Ups, of which the current release table (“sometimes” every Sunday) doesn’t quite meet the need. 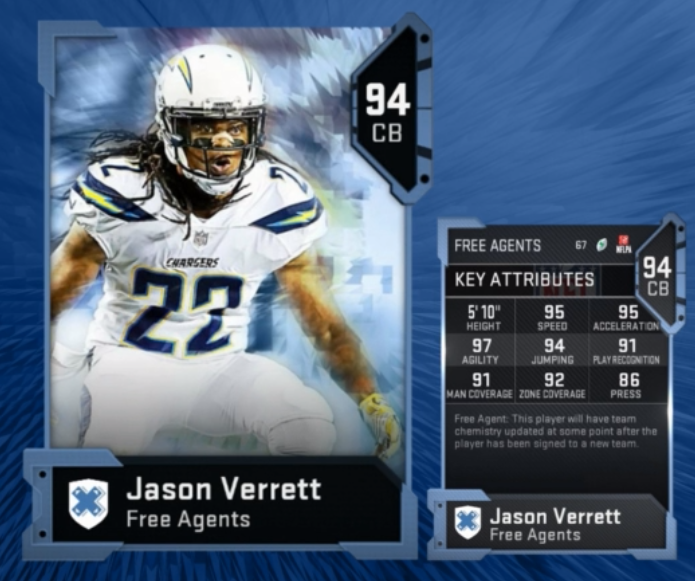 Verrett doesn’t bring much to the table in this underwhelming Free Agency drop.

Especially with the promise of 22 more Team MVPs still on deck, likely Friday, the start to this new promo certainly could be better. There just isn’t many cards to be excited about, and the few higher-end elites available are currently worthless because they are unable to fit into any theme team.

This process is still better than waiting for an NFL Movers program, but that isn’t really saying much. Traditionally Madden Ultimate Team’s highlight of the offseason switcheroos, Madden 18’s NFL Movers featured a severely watered down version of the previously beloved promo, and to make matters worse, it occurred just two months before the release of the newest game. 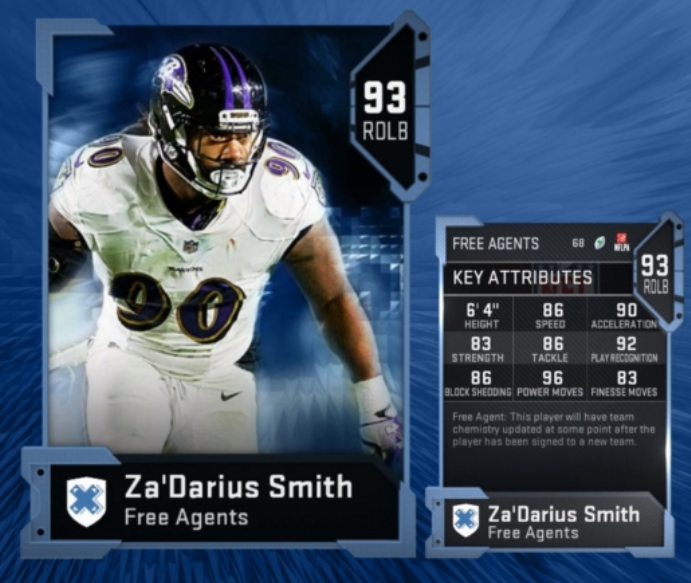 A previous MUT favorite, Smith will have a hard time fitting into any lineups without a Power-Up.

The 20 new solos award 13,000 coins and 2,650 scouting points, but both of those figures are inconsequential considering there’s only a handful of months left before the official countdown to Madden 20.

Again, more solos figure to be added on, but certainly at this juncture, the rewards might simply not be worth the time it takes to complete the necessary tasks.