A hotfix for Madden 19 hit PlayStation4, Xbox One and PC users on March 4, but the conversation surrounding the latest update had more to do with “wasn’t” fixed, as opposed to what was.

“Desyncs,” which have been a thorn in EA’s side since the game launched and have made a mockery of their multi-thousand dollar tournaments in past months, appears to have been corrected somewhat, with language now in the code to prevent desyncs from occurring due to hot routes, or near the two-minute warning.

It’s certainly not a bad thing to fix, given the majority of the head-to-head games impacted by this glitch immediately resulted in a loss for a given party – or in the case of Madden Championship Series games – a complete wipe of momentum following the recreate. 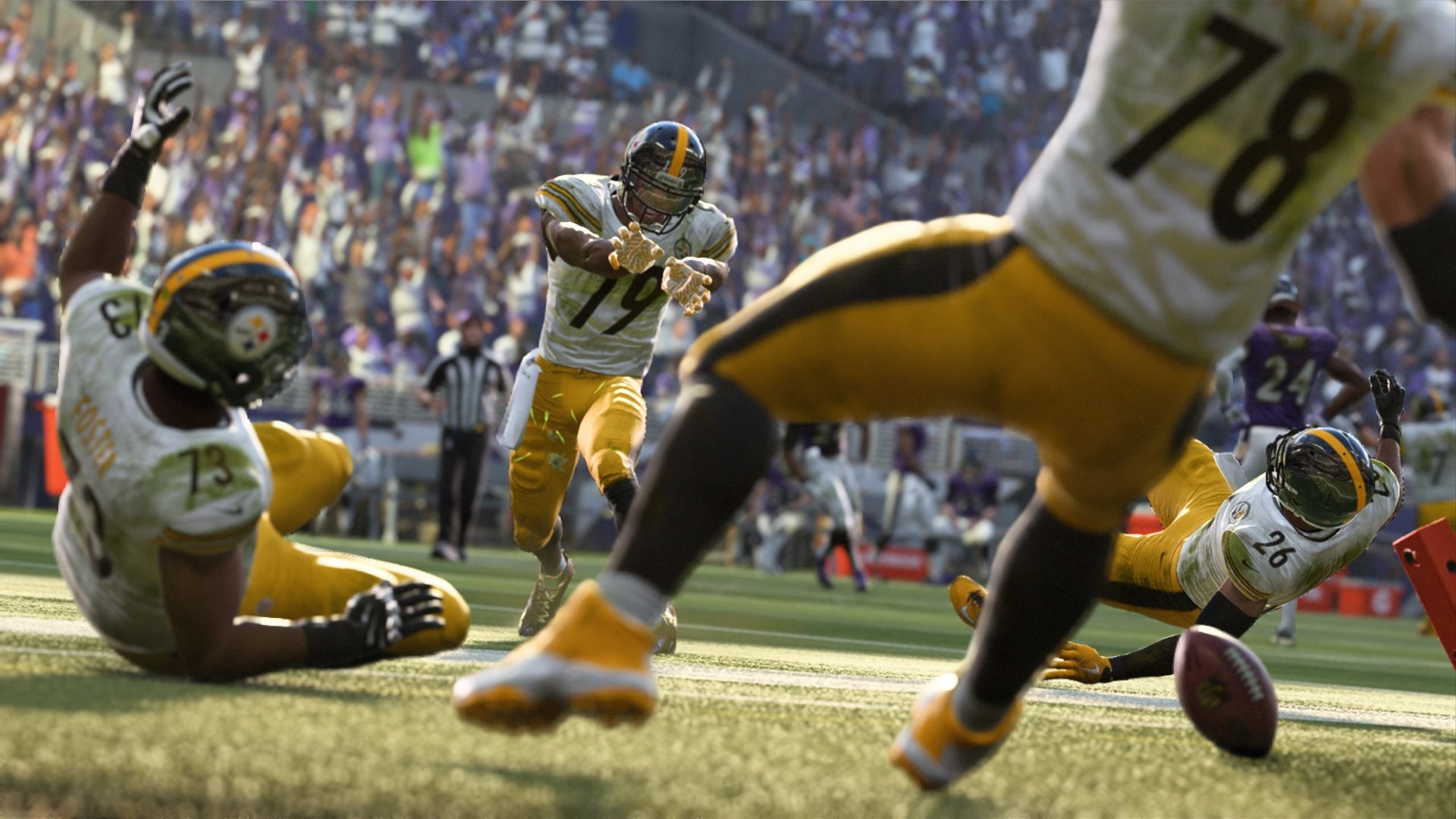 Madden 19 has recently been plagued with a variety of bug that have left the community outraged.

Those things are frustrating, and could negatively impact a given player’s opinion of the game, or in the latter example, drastically affect money earned.

So too was the glitch outlined by Gutfoxx last week, providing easy completions for solos that fell under a specific subsection. Only a week after the unintended maneuver was discovered, EA quickly went about cleaning up the error, removing the ability to bypass defensive-centric solos as outlined here.

It was a was an easy fix, allegedly, and also one that would cost EA money. Both are important facts, and it would be disingenuous if we didn’t point out that glitch likely wouldn’t have been solved so quickly if either of the two matters weren’t in play. 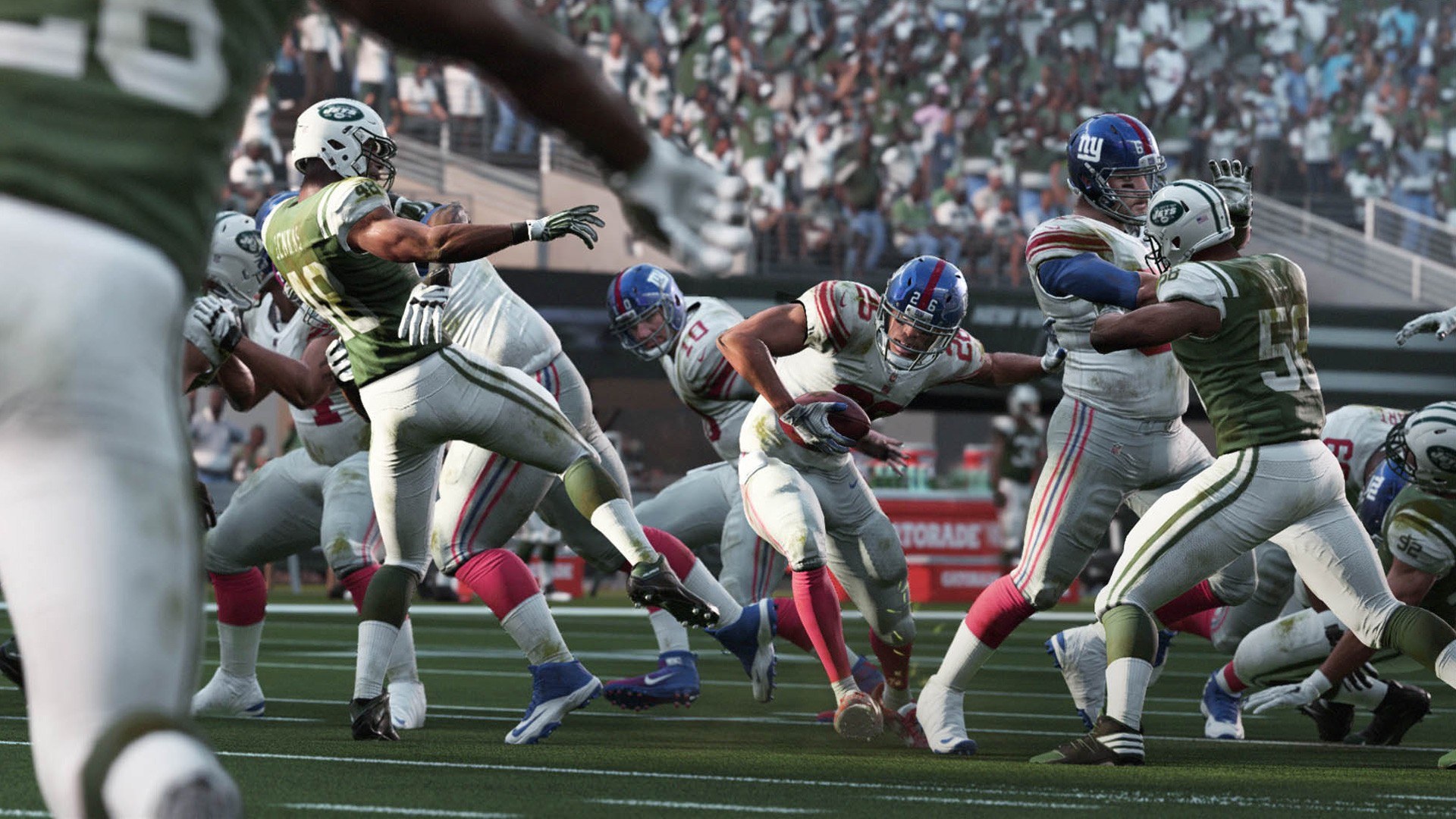 EA has been notably silent on some of the biggest issues facing the Madden 19 community.

But for all the good that was released in the most recent hotfix – and there was some good – it has been overshadowed by the increasingly poor state of actual Madden gameplay.

The latest blemish in Madden H2H, which at this point looks less like an actual game and more like Wiley E. Coyote after receiving yet another anvil shot to the head, is the “fall forward” glitch which joined the fray following the February 26 Patch update.

Quite simply, the newest bug sees players of any position get caught in an animation that has them fall forward anywhere from 2-5 yards on a given play, regardless of the angle that they may be tackled.

This has led to some rather vocal frustration from the Madden community, with one such topic jettisoning to the top of the Madden Ultimate Team Reddit page in a matter of hours.

New update does not fix fall forward issue from r/MaddenUltimateTeam

Others have decided to take full advantage of the glitch, with a video by Twitch and YouTube personality KING WOLFE outlining an offense built around the goal line package, with quarterback sneaks, a play designed normally to get a maximum of two yards, resulting in multi-yard gains as a part of the game-breaking error.

The more prudent tactic for many has been to simply not engage with Madden 19 in any capacity, with multiple popular stream personalities swearing off the game until action is taken.

EA has acknowledged the fall forward glitch and is “actively investigating how to address it”, but it’s fair to wonder whether releasing a hotfix that doesn’t actually “fix” arguably one the biggest problems in Madden H2H history is the proper decision.

At the very least, EA seemed prepared to receive some sort of backlash, which suggests there’s some merit in the idea to “patch or not to patch”.

Releasing yet another Limited Time House Rules H2H option (available until March 7 at 7am PST / 10am EST / 3pm GMT), with touchdowns between the 10-20 yard line resulting in 12 points, was already a bad idea before revealing the most pitiful rewards for the weekly program to date – an Ultimate Legends pack and an 87+ overall item. 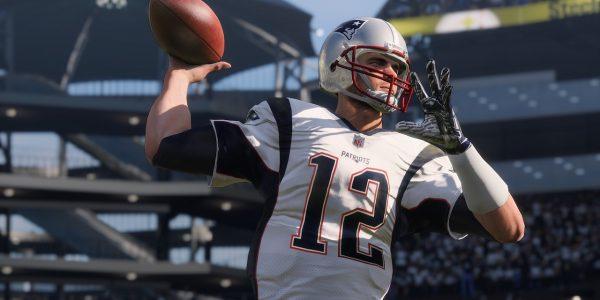 Will Madden 19 recover from the latest batch of problems and glitches?

While we won’t ever know the metrics, it’d be fair to assume between the horrible state of current gameplay and the lackluster rewards, this iteration of House Rules will be the lowest interacted since its inception. The same will likely be said for Weekend League, despite the fact the Knockout Round has been removed from the equation for this week.

Unless you are a glutton for punishment, there really is no point to playing Madden 19 H2H until this glitch is resolved.

With the majority of developer resources likely dedicated to the creation of Madden 2020, it’s frankly unclear when the bug will be ever solved. It’s an ominous note for an ominous time, but considering this statement from one of the game’s Gameplay Designers, it’s hard not to feel a bit uneasy.

I’ve never been more proud to be a part of a team than I am as a member of the Madden team. Unless you’ve developed games, you don’t ‘get’ this, but it bands us together stronger than any of my sports teams. I want to publicly acknowledge how much I appreciate all of my teammates

Given that this tweet came out after the glitch was discovered, it’s difficult not to be concerned with the current product and its future for the duration of the game.

With the community growing restless over this major issues, EA finally issued a response to assure fans that they are “actively working” on getting a fix published for this issue.

The above statement was first spotted on March 6, however, and as of March 8, no such fix has been released.