Vizicsacsi explains why heavy defeats will help Splyce during Worlds

It was five years ago, in Autumn 2014, that Tamás ‘Vizicsacsi’ Kiss qualified for the EU LCS with the League of Legends World Championship. Now, half a decade after kicking off his LEC career, he has finally made it with Splyce.

This time, Vizicsacsi feels like he’s ready. Splyce have been fired through the furnace, battling against G2 Esports and Fnatic – two rosters he considers among the best in the world – and have emerged all the better for it. The team may have struggled to find their feet against Fnatic in particular, but those heavy defeats were major learning experiences, and the 26-year-old reckons they’re improving as they get ready for Worlds.

“I’m really happy to have finally achieved my goal that I have had ever since joining EU LCS five years ago,” the Splyce star told Dexerto ahead of the team’s Worlds bootcamp preparations.

“After we dropped out of playoffs against Rogue and went into a huge slump, I wasn’t too hopeful about the gauntlet, but during preparation weeks we managed to improve a lot.” 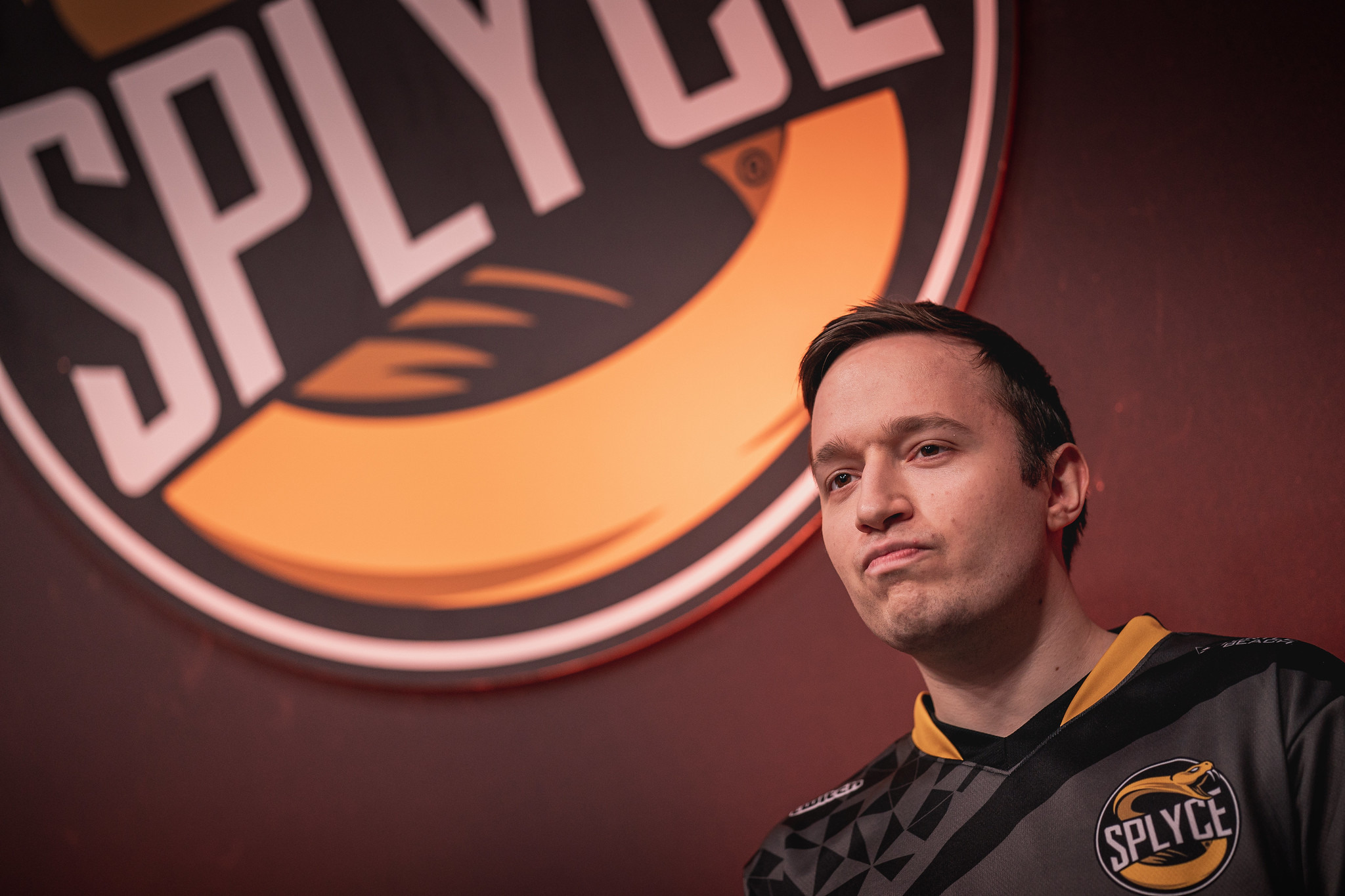 This is Splyce’s second international appearance. Last time they made it to the Riot Games year-end event they had a smoother ride, finishing second in EU LCS 2016 Spring. They were even a strong contender for Worlds, but they finished bottom of their group with a 1-5 record. The following two years were a barren period for the team as they failed to deliver on their promise, not even qualifying for Riot’s showpiece event in 2017 and 2018.

This time around, they’ve been on a rollercoaster that’s taken them from the lofty heights of third in the regular season, to a disappointing 5th-6th finish in the Summer postseason, that included a shock 3-0 crushing at the hands of Rogue.

There was even a time when Vizicsacsi thought he was going to suffer the pain of previous years and miss out again. On so many occasions he had come very close to booking his ticket to the biggest event on the League of Legends calendar, but he had always fallen short.

“It feels like Spring Split could have gone a lot better had we done a few things differently against Fnatic,” he said. “Then, as good as Summer started with the regular split, the playoffs were a big disappointment. At least we got to Worlds though.” 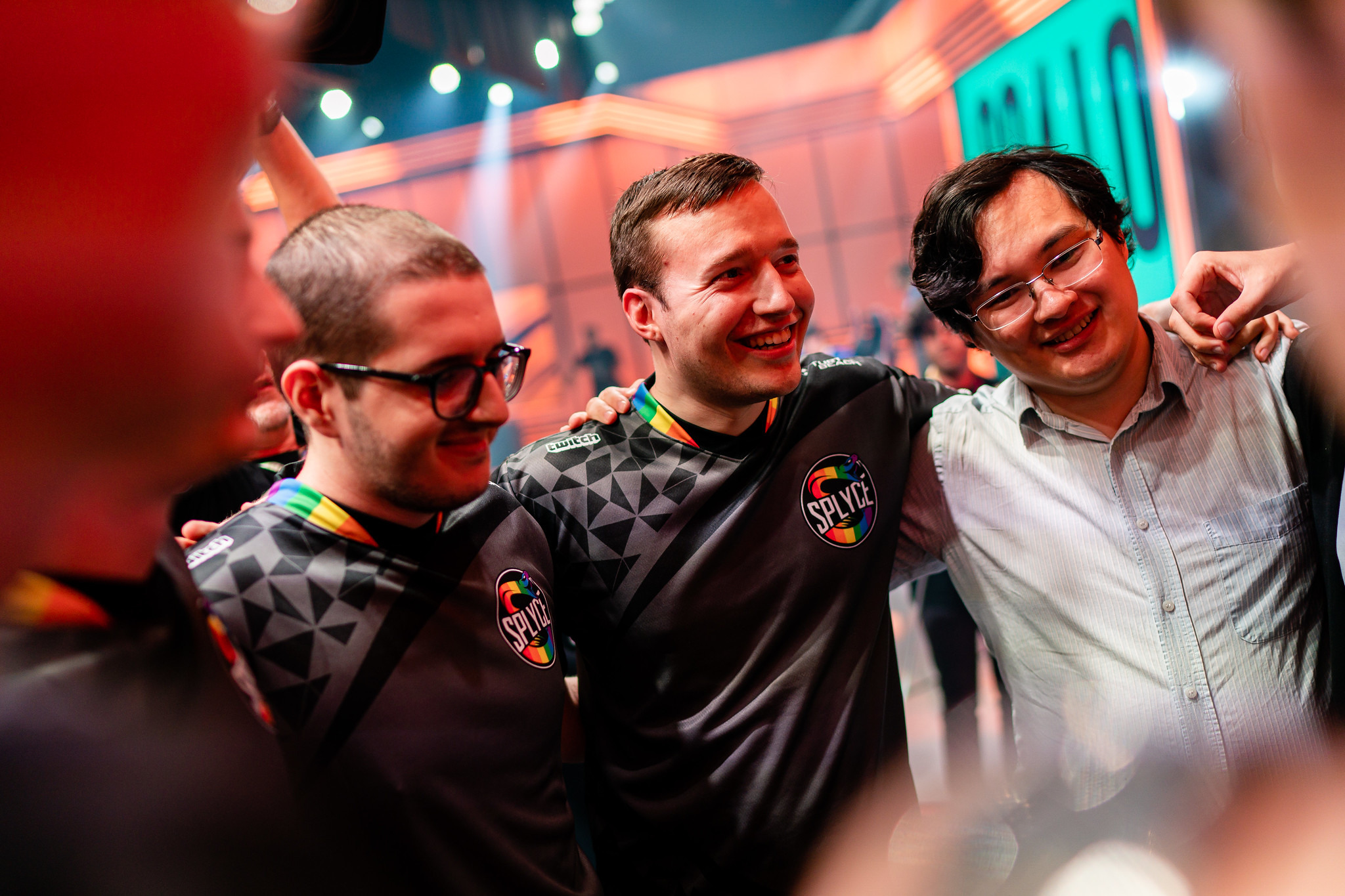 Now, the Hungarian star is just weeks away from playing his first matches at the international tournament. It may only be Play-Ins to start with, but he’s confident that Splyce have what it takes to qualify for the main event.

Last Sunday evening they were drawn into a three-team pool with veteran Japanese representatives DetonatioN FocusMe and Argentian squad Isurus Gaming. With two wildcard region teams lined up as their challengers in the first stage of the tournament, Vizicsacsi is already beginning to believe groups are in Splyce’s future.

Anything less than that would be a failure.

Finally made it! Here we come, Worlds!! 😀

“Getting into group stage is the minimum expectation, and I would love to be able to get out of groups as well,” he said of the LEC team’s ambitions.

“That will depend a lot on our preparation, and how good we will understand the patch (Worlds will be played on 9.19). Either way, I’m hopeful about it because I know our team can grow a lot in a short amount of time. Being in the top competition should enhance this growth even further.”

Splyce have also been handed a few lessons by some of the best recently. In their most recent series, where victory would have fired them straight through to the final 16 teams at Worlds, they were smacked around the Rift in a 3-0 loss against second-placed Fnatic.

Vizicsacsi is not about to lose confidence after losing to one of the best teams on the planet right now. Instead, he insists the constant battles against them can only make them stronger.

“How things are looking right now, G2 and Fnatic are on another level compared to other EU teams,” he conceded. “That said, the 3-0 we received from Fnatic in the gauntlet is definitely not representative of our strength.

“I’m sure we can do a lot better than that. We play the best if we can execute our plans consistently, and that exact consistency is what we will be looking for at Worlds.” 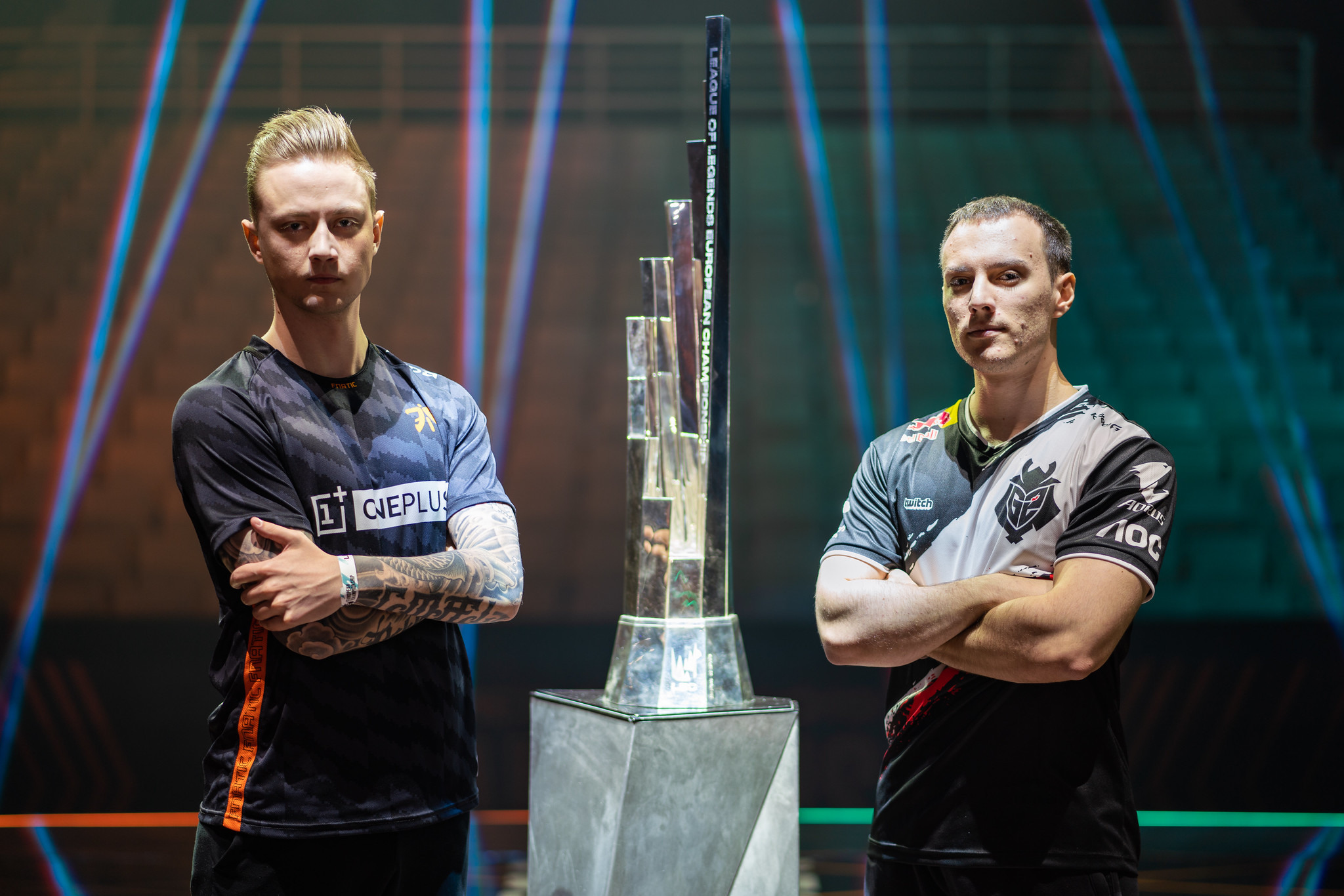 The two LEC powerhouses aren’t the only qualified teams that Vizicsacsi has experience of. After missing out on a place in Riot’s new European league, his former organization, Unicorns Of Love, earned their place at Worlds through Russia’s LCL competition. They’ve now been placed in Group A alongside Clutch Gaming and MAMMOTH.

For Splyce’s top laner, the fact that his old team – where he spent six EU LCS splits – will be playing in the international competition for the first time in their history is a special moment. That doesn’t mean he’ll be holding back if they meet on Summoner’s Rift.

“I’m happy for them,” he said. “They were my first team, and I definitely have some good memories of them. As long as we are not competing against each other, I will be rooting for them. If we cross paths though, there will be no mercy!” 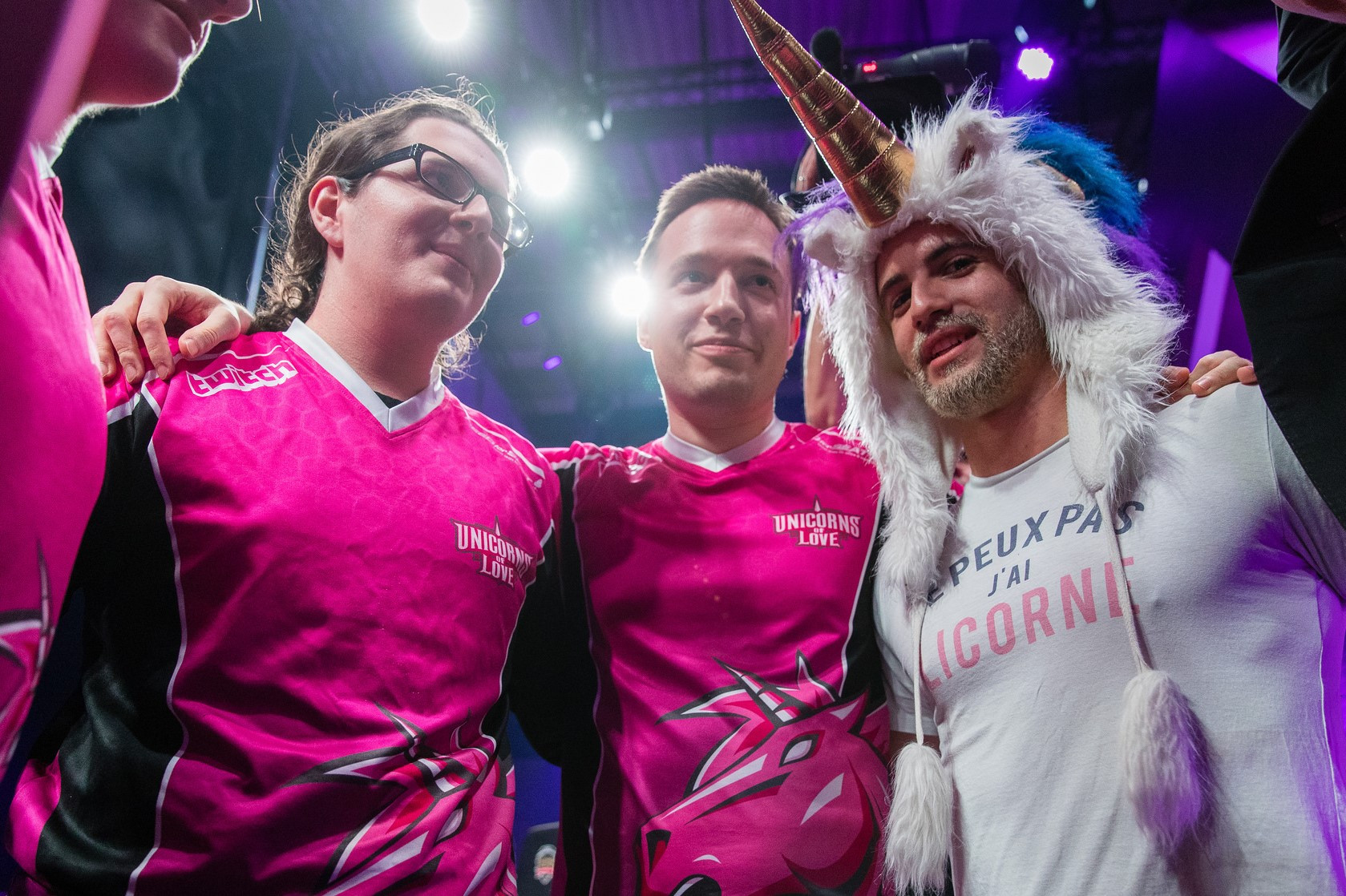 Vizicsacsi spent three years with the Unicorns of Love.

No matter what happens for Splyce in Berlin and beyond, Vizicsacsi already believes that the 2019 roster has risen above and beyond what they wanted to achieve. To be representing the LEC at a time when people are saying that Europe has become the best region in the world is something special. To bring something different to the table is an added bonus.

“If we look at the end result, that we are at Worlds, in this moment we can be happy for sure. However, I do think both splits could have gone better,” he said.

“We under performed at times, where we needed to play our best, so I’m a bit sad about the splits. Nonetheless, it was a good learning experience for all of us, and I hope it will, in the end, just enhance our upcoming Worlds performances.”

Splyce’s first competitive matches at the 2019 World Championship will begin with a battle against Isurus and DFM for a place in the Play-In playoffs. Once in the elimination bracket, they could face major region representatives like Clutch Gaming and DAMWON Gaming.

Worlds matches begin at the LEC Studio on October 2. The main Group Stage will begin 10 days later at the Verti Music Hall in Berlin. Follow all the action with our Worlds 2019 tournament hub.