Tyler1 has been known for some of the most intense raging clips in League of Legends on Twitch, which has earned him a reputation, and he is back up to his old tricks again.

When trying to fill some down time in his stream and give back to his subscribers, Steinkamp decided to host a quick ‘giveaway’ for his fans, where the winners would have a chance to face him on stream in a 1v1. 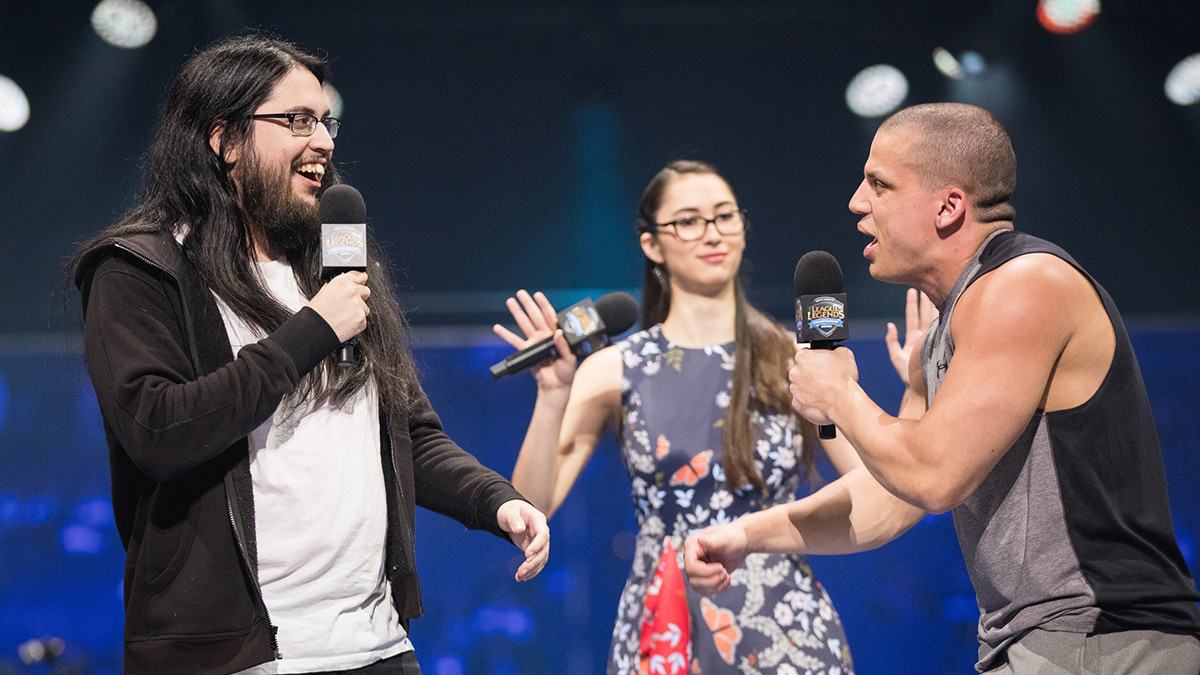 Tyler1 is one of the most popular League of Legends streamers and has attended multiple events for the game.
[ad name=”article2″]

The two players went back and forth with trash talk when first loading into the 1v1 and tried to hype the matchup for the Twitch viewers, with the streamer jokingly saying he would ban the fan for a week if he lost the match.

The fan managed to kill Tyler1 and immediately called him ‘trash’, which set T1 off on another one of his famous rages, even blaming it on his Twitch viewers for “backseat gaming”, he then claimed that he never would’ve made that play and that the loss didn’t count saying, “it doesn’t count – I got peer pressured.”

Tyler1 went on to rage at his viewers, calling everyone who watched him trash, but did eventually settle down and congratulate the fan on the entertaining face-off.

He continued to play more 1v1’s on his stream against his fans and redeemed himself with some wins, however, with Tyler1 it seems to be only a matter of time before he finds something else in League of Legends worth raging about.