Popular League of Legends streamer Tyler ‘Tyler1’ Steinkamp was at his wit’s end after seeing the latest incarnation for Riot Games’ new logo, leading him to a comically cynical outlook for the game’s future.

A frustrated player base

The popular MOBA has had its fair share of controversy since new updates have messed around with the game’s meta. The changes have led some fans to be frustrated at League, and it looks like one of those people is none other than the game’s most notable Reformed player.

During an April 17 stream, Tyler1 was beside himself when recalling the first time he saw Riot Game’s new company brand design. In classic T1 style his bewilderment was matched only by the hilarity of is reenactment of the moment. 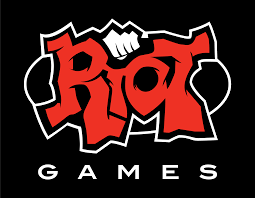 The logo has come a long way, some think that previous iterations had a bit more personality to it.

Tyler was loading up his next game for League of Legends when he had the revelation that “all games were dying” and pointed to Riot’s new logo as another example of strained innovation from the company.

“Dude, all games are dying,” Tyler1 said. “Riot Games changed their fucking logo. I was sitting back, having my blood rush. About to go lift. Refresh my Twitter news feed. [See the logo and thought,] ‘They did what?!’ These dumb motherfuckers, man.”

Tyler1 is ready for League to die

The new logo is a simplistic evolution to the fist bump’s evolution since the company was founded over a decade ago. The logo definitely looks cleaner, but that didn’t stop Tyler’s hilarious rant from going on.

“At this point, I don’t care,” Tyler1 said. “Just fucking kill League. Honestly just kill it. I’m ready for it to fucking die. Do it dude. I’m ready. Just kill it. Fuck it dude. Who approved this man? Look how basic this looks. What are they thinking?!”

Though not as explosive in their delivery, there have been a lot of League of Legends players that feel there needs to be more innovation out of the devs to fix some of the more burgeoning problems in their game.

Tyler’s hilarious tirade might not be completely accurate as the game is still incredibly popular, but it wouldn’t hurt to get long overdue balance changes soon.