League of Legends players in Turkey can now buy LoL-themed Coca-Cola bottles that come with free codes for in-game loot.

Stores in Turkey are now selling Coca-Cola bottles with a variety of unique designs, each focusing on a single champion. The champions featured include Irelia, Kayn, Zed, and Yasuo, among others.

As well as the unique bottles, however, there’s another enticement for League of Legends players to purchase, as each comes with a code for a Hextech Chest and a key to unlock it.

Hextech Chests feature champion and skin shards which can be upgraded to unlock the item completely, or disenchanted to reward Blue or Orange Essence respectively – which can then be spent on champions and skins.

This offer isn’t just a nice bonus for League of Legends players who happen to be buying Coca-Cola, however – it is actually the cheapest way of acquiring new champions and skins. 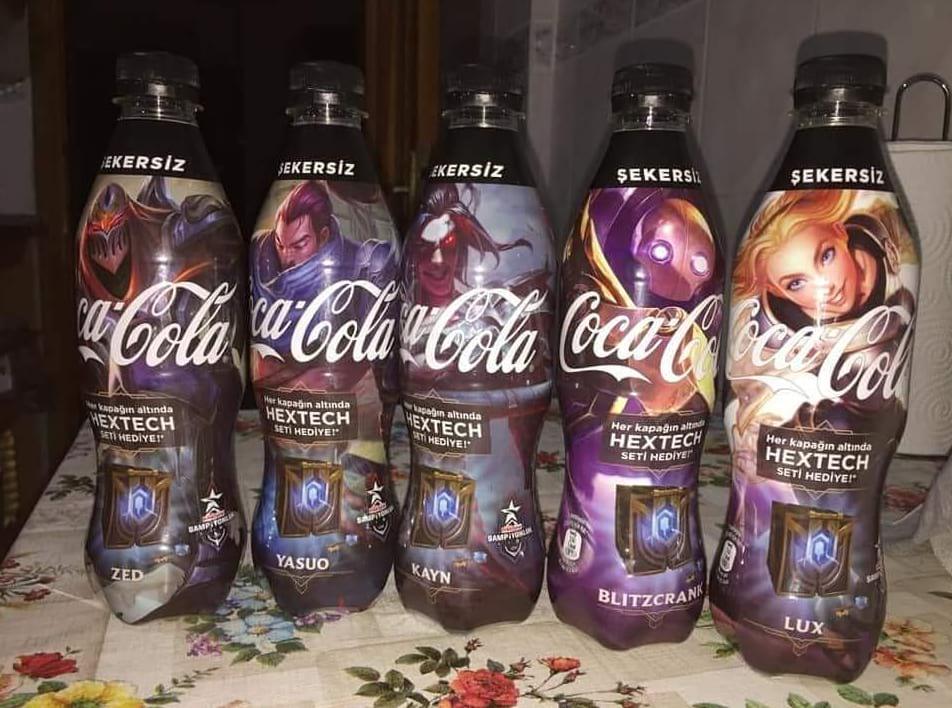 As a result, any Turkish League of Legends players who want to unlock some new items might actually be better off going out and buying Coca-Cola than purchasing RP directly. The only drawback is the reduced control you have over what you get – if you’re looking for a single specific skin or champion, it might still be more cost effectively to buy it outright.

It’s currently unclear whether or not this offer will remain limited to Turkey or could expand into other countries, but it’s possible if the promotion proves popular that Riot and Coca-Cola could look to offer the unique bottles elsewhere in future.

It is also worth noting that differences in the domestic prices for various countries may alter exactly how much value you might get from the bottles if they are introduced internationally, although an offer like this seems likely to be incredibly popular regardless.