The first single by League of Legends group ‘True Damage’ was debuted at the World Championship final.

True Damage is the successor to K/DA, the fictional Kpop group featuring League of Legends champions that was unveiled at the 2018 Worlds final.

Akali is the only common character between the two – once again voiced by Soyeon of (G)I-dle – but in True Damage she’s joined by Ekko (DUCKWRTH, Thutmose), Qiyana (Becky G), Senna (Keke Palmer), and Yasuo.

While True Damage may feature a common member with K/DA, their style is very different from the Kpop group, instead bringing more of a hiphop vibe with their first single ‘Giants’. Once again, the Worlds performance featured a mixture of augmented reality versions of the champions and the real artists that voice them, although the former are the sole subject of the official music video.

As with 2018’s K/DA, True Damage will also appear in-game, with each of the members getting a skin for their performing look. This time, the skins were created in partnership with designer brand Louis Vuitton. 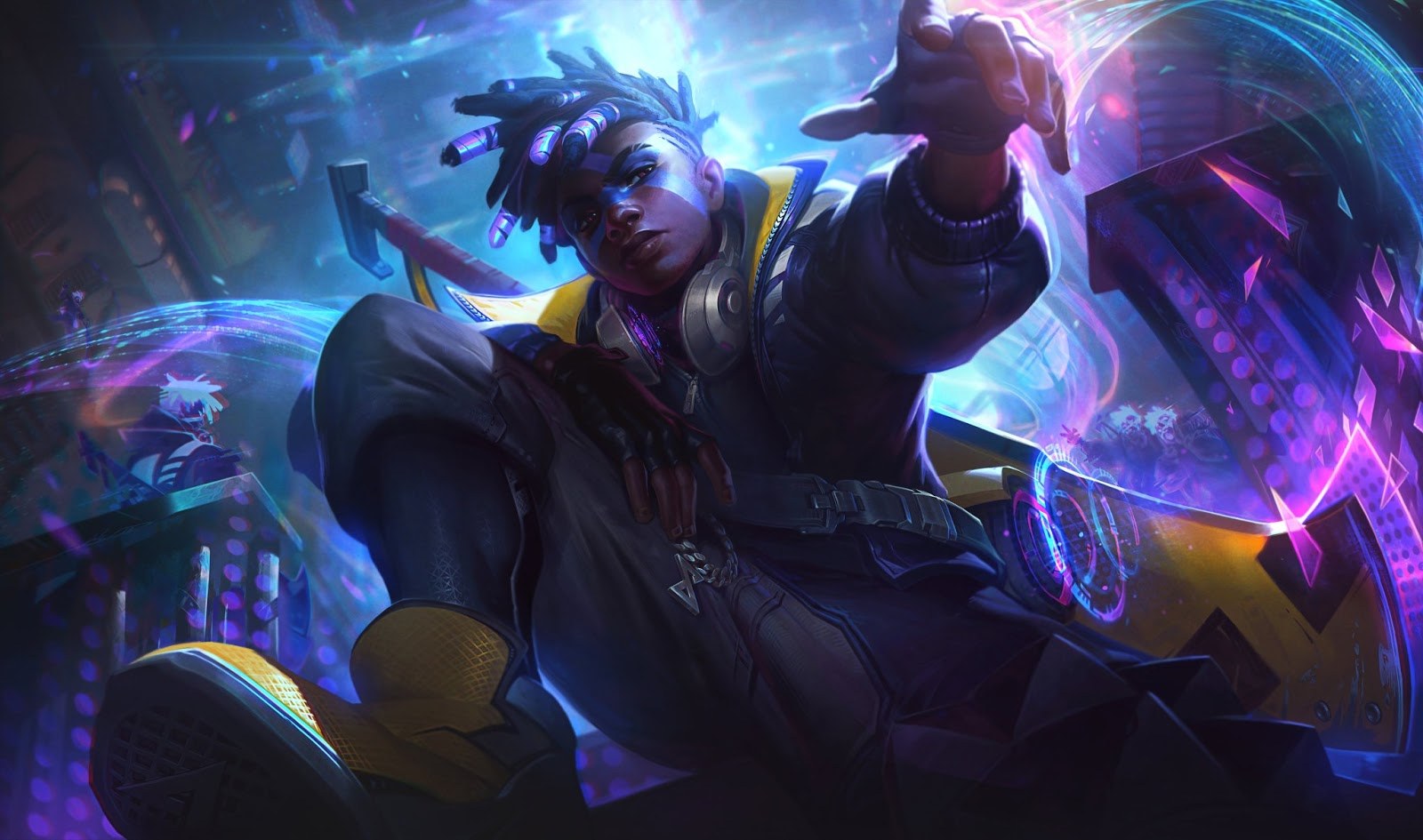 Players will be able to pick up True Damage skins in-game.
[ad name=”article3″]

The World Championship final opening ceremony is always something of an event in itself, featuring a live performance of that year’s Worlds song. Riot have always looked to step up their game each season, however, in recent years adding in augmented reality elements and additional performances.

This year’s opening ceremony took things to new heights with three consecutive performances. Valerie Broussard opened things with a performance of Awaken, which was released as a stand-alone in January 2019, before True Damage made their appearance with Giants. Finally, Cailin Russo and Chrissy Costanza performed Worlds song Phoenix to mark the arrival of the players on stage.

The opening ceremony certainly made for an epic start to the historic match between G2 Esports and FunPlus Phoenix, with the final best-of-five deciding which team will lift the Summoner’s Cup in 2019.