The European League of Legends team formerly known as “Splyce” has officially completed their rebrand to MAD Lions, after parent company OverActive Media announced the Splyce brand would shut down in September. MAD Lions have also announced their starting lineup for the 2020 LEC season.

For Splyce fans, they can only watch as their chapter closes.

But another one begins as OverActive Media announced on November 29 that the Splyce brand was officially rebranding to the MAD Lions for the 2020 season of the League European Championship. The Splyce Twitter account was officially renamed and rebranded to reflect the change.

In an official announcement, OverActive said the switch to MAD Lions will serve as an attempt to “to service an avid esports fan base in Spain, through native language content, social media and live activations in market.”

The transition between brands began in September of this year, when Richard Lewis broke the story for Dexerto that OverActive Media would be shutting down the Splcye brand as part of a restructuring effort.

In that report, he predicted OAM’s plan of rebranding the LEC team to MAD Lions.

Since 2015, Splyce has competed in League of Legends, Call of Duty, SMITE, CSGO, and other prominent esports titles. In their final year in the LEC, Splyce finished in 2nd place in the LEC Regional Finals, earning them a Play-In spot at Worlds 2019.

Splyce went 3-1 in the Play-In group stage, earning a spot in the Main Event. In Group C, they finished 4-2 to qualify for playoffs and join fellow European teams Fnatic and G2 Esports in the quarterfinals. They fell 3-1 in a respectable loss to SK Telecom T1, before they rebranded themselves to just T1. 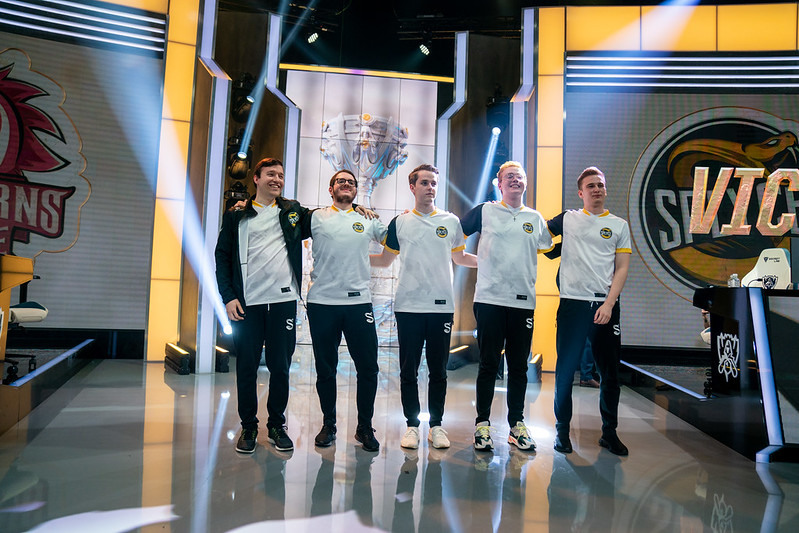 MAD Lions won a couple of European events in late 2018, in the Spanish SuperLiga Summer Playoffs, the European Masters Summer Main Event, and the Iberian Cup. That roster left at the end of the year and the players were split amongst Fnatic and SK Gaming.

In May of 2019, OverActive acquired the MAD Lions organization and transferred the Splyce academy team at the time, Splyce Vipers, to the new brand.