Popular violinist Lindsey Stirling has hinted that she may be working with Riot Games on a project for League of Legends, with fans speculating that she could be involved in the 2019 World Championship song.

Lindsey Stirling is a musician known particularly for dancing during performances while playing the violin. She rose to popularity through her videos on YouTube, with her channel now boasting over 11 million subscribers.

In a recent tweet, Stirling asked her followers “who would be excited if I did a project with League of Legends?”, leading to speculation that she might be hinting at her involvement in this year’s World Championship song.

The Worlds song is a highly-anticipated release among League of Legends fans each year, with Riot reliably producing or commissioning tracks that have proved very popular. While this is by no means a confirmation that Stirling will be involved, it’s the most obvious opening for a partnership between her and Riot, and she’s also wearing a shirt that says “Worlds” in the accompanying photo.

This wouldn’t be the first time that Riot have worked with an artist that rose to popularity through YouTube rather than more traditional avenues. The 2017 Worlds song, “Legends Never Die”, was performed by Against the Current, whose own success has been largely built online.

It also wouldn’t be Lindsey Stirling’s first appearance at a major esports event. In 2016, she performed for the opening ceremony of DotA 2’s The International. 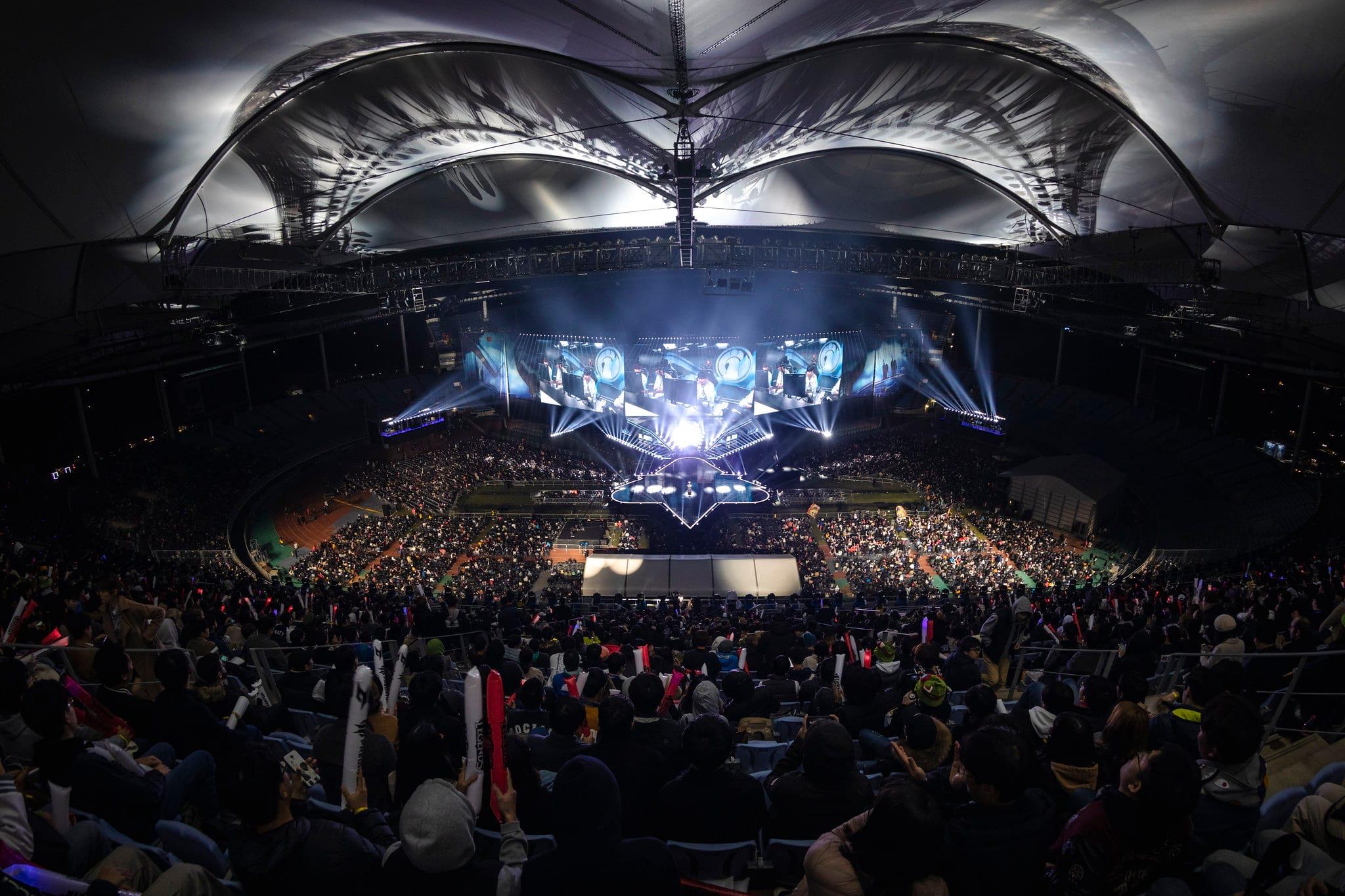 The opening ceremony for the Worlds grand finals typically features a live performance of the Worlds song.

The Worlds song is typically released in September, so it will likely still be several months before the song appears, if that is in fact what Stirling is alluding to. Allowing time for writing and producing the song as well as the animated music video to accompany it, it does seem feasible that Riot could now be in the early stages of working on this year’s track.

The Worlds song isn’t the only original music Riot Games has a hand in, however. At last year’s World Championship they also debuted “POP/STARS” by “K/DA”, a fictional Kpop group featuring League of Legends champions, in addition to the previously-released Worlds song “Rise”, and more recently produced a stand-alone track “Awaken”.

It’s possible, then, that if Lindsay Stirling is to be working with Riot on a new song, it may not be for the World Championship. As yet, fans are left with only speculation, as there’s been no official confirmation of the details, or even existence, of a project between Stirling and Riot.