Former ROX Tigers star, Kim ‘PraY’ Jong-in has announced his retirement from competing in League of Legends due to lack of confidence.

PraY is often regarded as one of the best ADC’s of all time and after taking a short break for the 2019 Spring Split, he has decided to retire from actively competing in League of Legends.

PraY has had his doubts about continuing to compete in League of Legends before, when he turned down multiple teams after his contract was terminated with Kingzone DragonX in November 2018.

The multiple time LCK Champion announced his retirement during his livestream on AfreecaTV on April 21. 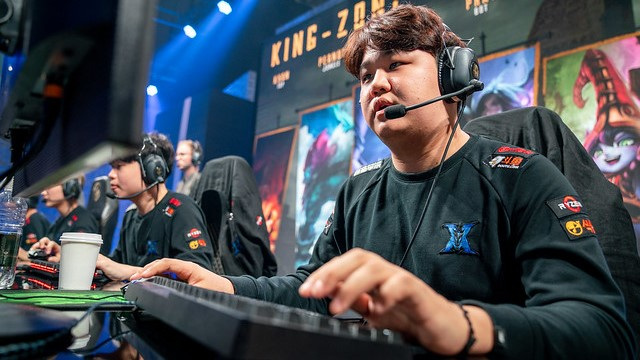 PraY is often regarded as one of the best ADC’s of all time.
[ad name=”article2″]

On his livestream, PraY announced that he would be retiring from competing professionally, saying, “I have no confidence that I can do well.”

PraY added that his performance over the last year is one of the reason he had lost confidence in himself despite having won the LCK 2018 Spring Playoffs with his team, Kingzone DragonX, “saying I’m not playing professionally anymore means that I will have no chance of going back to that stage.”

PraY has had an incredible career in League of Legends which included iconic moments such as his famous Ashe arrow at Madison Square Garden during the 2016 World Championship Semifinals vs SK Telecom T1.

The LCK Legend blindly fired the long range arrow across the map to deny SKT Duke from teleporting to his base and being able to defend the ROX Tigers push that ended the game.

With his storied career, PraY has decided that his time competing professionally is over, however, he will continue to stream on his personal AfreecaTV channel for the near future.

Many are wondering what the next step is for PraY in his career and are hoping that he remains involved in League of Legends in some manner such as potentially taking up a coaching role on one of the top teams.