League of Legends Patch 9.16 has arrived, bringing with it a champion rework, new Honor 5 rewards, and a host of balance changes.

The big news of the patch is of course the arrival of the Pantheon Visual and Gameplay Update (VGU), which sees an overhaul to the champion’s character model and abilities.

Riot Games stated in Patch 9.16 that they don’t intend to make any major fundamental changes to the game until the end of the season, but they’re still keeping of champion balance with adjustments where necessary.

Many will be pleased to see Ezreal on the nerf list this time, with the champion proving powerful enough to be a viable pick in almost every scenario recently. Meanwhile, the prevalence of Corki in the mid lane in the professional meta of late means he’s also been targeted with some nerfs.

Galio fans go another patch without a buff, despite his play-rate remaining low after he was gutted in 9.14, although the likes of Ekko, Fiora, and LeBlanc are all seeing buffs to varying degrees. 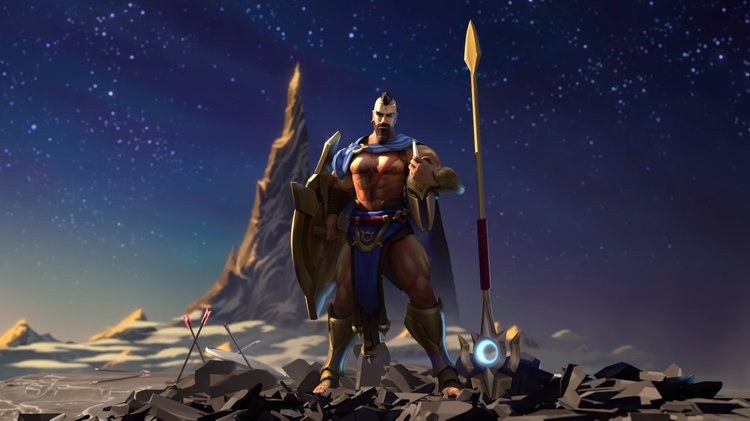 For high-skilled players, a change to the ranked system will mean that demotion from Grandmaster or Challenger now sends you strait to Diamond 1, to counter an issue that saw players in these ranks able to hold onto them more easily than they should. The same change has been made in Teamfight Tactics.

The full list of changes can be found in the patch notes below.

Pantheon crashes through the enemy frontline and causes havoc in their ranks starting in 9.16.

We’re opening up late game windows of opportunity for Azir’s enemies so he and his soldiers can’t just chase them relentlessly.

Corki’s been too present in pro play due to his all-too-reliable damage, so we’re nerfing him.

With four patches worth of smaller changes already under his belt, the mad lad’s been asking for something more substantial.

Ekko has room for more power in all areas of play.

AP Ezreal’s burst has made him a bit of a terror, so we’re taking some power out of the build and hitting his early game safety.

Giving Fiora more strength to capitalize on momentum she gets from a lead in lane.

As a melee champion, Jax will benefit from having more opportunities to jump on the ranged enemies who otherwise steadily chip him down in lane.

Strengthening the aspects of Kassadin that can keep some of the shorter ranged mid laners in check, especially if they’re champions he should naturally be good against anyways (AP assassins).

We’re reverting the nerf LeBlanc received earlier this year since she can use more power in a way that average players can utilize.

When we hit Lux’s shield with nerfs in 9.14, we were mainly quelling the builds that took advantage of its safety. However, as a result we ended up hitting support Lux a lot harder than anticipated. We’re giving back some of that damage mitigation so she can still keep her partner meaningfully safe in the bot lane.

Nocturne has been overshadowed by other junglers as a competitively viable option, so we’re buffing him.

We’re reverting the scaling cooldown change to Riven’s Q from 9.10. The cooldown increase on her E from that patch didn’t offset the strength of the Q buff in higher levels of solo queue games, and our intent wasn’t to buff her in that patch.

Sejuani has been a dominant force in pro play for awhile, despite receiving some recent nerfs. Taking a more substantial swing at her power.

Passive – Fury of the North

Shen could use a little more power when split-pushing in the mid-to-late game.

Giving Singed a little extra oomph so his Insanity can lead him to some more wins if he makes it to the late game.

Smoothing out some of Sion’s rougher edges, like rounding out his base stats and removing a mechanic that no longer seems needed. Overall, he’ll have more chances to brawl with his opponents in the top lane, especially with other fighters.

Sivir is strong. When coupled with Yuumi, she’s ESPECIALLY strong. The cat is getting nerfed (spoiler alert if you haven’t gotten to her section yet), but we think Sivir could use nerfs too to quell her early game wave clear and give opponents a chance to put her on the back foot.

Sylas has been thriving in the jungle after his latest set of changes. Following up on those by toning down his clear speed a bit.

Syndra’s weak in all levels of play at the moment so we’re giving her some general power.

We’re making Tahm Kench more vulnerable to ganks as a countermeasure to the safety he brings his already-safe bot lane buddies (like Ezreal).

Yuumi’s damage is too high for how reliable it is, especially when coupled with other high-damage bot lane partners.

Ziggs isn’t doing so hot right now, so we’re buffing up one of his less potent abilities and letting him access his ultimate more frequently.

These biscuits are too fresh, giving too much sustain to its holders during laning phase. Many of these changes are to the rune itself, but the ones that affect the Biscuits directly will also apply to the Biscuits occasionally acquired through Kleptomancy.

We’re unifying Challenger and Grandmaster’s 0 LP demotion rules with Master’s existing rules. This is mainly an edge-case change since losing LP over a few days or weeks naturally demotes players into Master before they reach 0 LP, though in smaller servers it’ll also address situations where it was near-impossible to demote out of Challenger.

YOU DID IT :: Your Honor 5 capsule will contain a random emote or ward skin, as well as an Honor 5 token you can redeem for Medieval Twitch, Grey Warwick, or one of the two new chromas shown above if you already own the base skin. You don’t need to own both skins before being able to pick a chroma for a skin you own.

BUT ACTUALLY :: This season only, your Honor 5 capsule will contain two Honor 5 tokens because we promised you two chromas this season, not one.

BELATED ELATED :: If you hit Honor 5 before 9.16 and already owned both Medieval Twitch and Grey Warwick prior to getting your capsule, we’ll add your two Honor 5 tokens directly to your account during patch 9.16. (It’ll take a little bit to get to everyone. Stop being so honorable. Actually, don’t.)