Fans of League of Legends superstar Lee ‘Faker’ Sang-hyeok have gone above and beyond to celebrate his birthday.

The SK Telecom legend celebrated his birthday on May 7, and to show their support for the mid-laner on what SKT dub “Faker Day”, some fans came together to buy a massive advert in New York’s Times Square.

Times Square in Manhattan, New York, is famed for being covered with bright billboards, and on May 7 one section was dedicated to the greatest League of Legends player of all time. 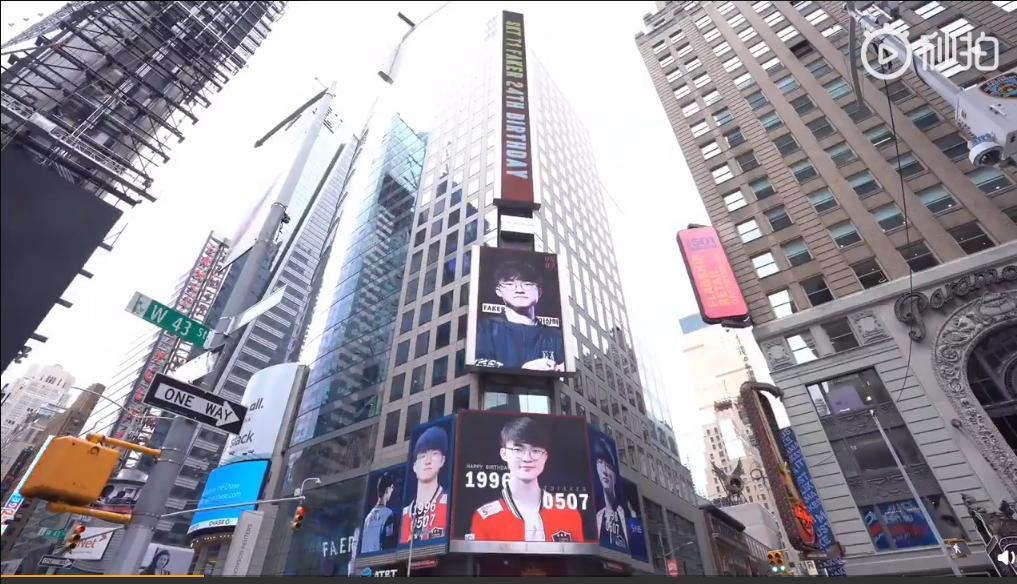 Though Faker is now 23 years old by international standards, having been born May 7 1996, the billboard celebrates this birthday as his 24th, due to Koreans calculating age differently – children are considered “one” from the moment they’re born, with the time spent in the womb rounded up to count as their first “year”.

Such public celebrations for celebrity birthdays are not unheard of in South Korea, with other esports examples including subway posters in Seoul, South Korea to mark the birthdays of Overwatch pro players like Seoul Dynasty’s Kim ‘zunba’ Joon-hyuk.

This also isn’t the first time an esports-related billboard has appeared in Times Square, as an advert for the Overwatch League featuring home team New York Excelsior has also been present in the past.

Having reclaimed his domestic crown with a victory in the LCK Spring finals, Faker is now due to compete with SK Telecom T1 at the Mid-Season Invitational, which is taking place in Vietnam and Taiwan. The group stage kicks off on May 10, with SKT opening things with a match against European champions G2 Esports.

SKT will be looking to reestablish South Korean dominance in international League of Legends, after 2018 saw their representatives fail to win an international title for the first time since Faker himself led their ascent in 2013.