An incredibly talented League of Legends fan has made a skin concept for a crazed mercenary that introduces the classic character to the PROJECT line with stellar results.

League of Legends is a MOBA with a deep catalogue of characters who regularly get an updated look in the form of skins. The PROJECT line features human characters turned into mechanized killing machines, and since its start in 2015, has added fan-favorites new and old, with a glaring omission that a fan has rectified.

Chinese artist Linger FTC recreated Jinx as a mech mercenary from the popular line of skins, while still capturing her devilishly mischievous side that fans have loved since her introduction to the game. 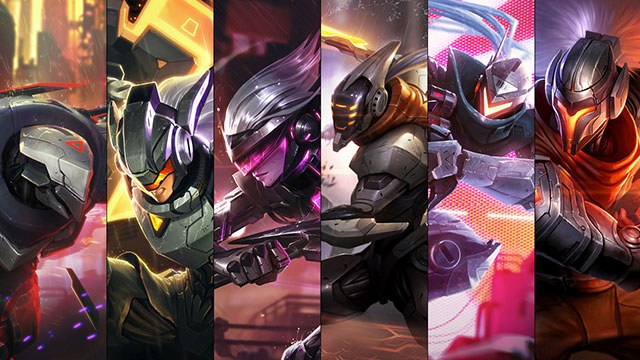 The PROJECT line has scene tons of iconic characters remade in a futuristic light.

The reimagining features the Loose Cannon with what appears to be an all metal body with Fishbones the Rocket Launcher strapped to her back.

The skins balances the sleek, edgy design of the PROJECT series with the rambunctious personality Jinx is known to have.

The depiction suggests PROJECT Jinx was made to have an all grey body until the playful professional killer spray painted pink highlights on her legs, forearm, hip and hoodie.

The sketch artist included a separate mock-up that focuses on her face, which reveal a permanent craze to Jinx’s eyes in the form of digital irises.

More sketches has Jinx in action with other PROJECT killers, using her Pow-Pow Minigun and a futuristic bike for the mercenary as well.

The sketch is intricate enough to be a real thing within the game, as the PROJECT line has seen multiple additions since its release.