The League of Legends community has a lot of talented artists who routinely turn out incredible artistic works, and the latest design for Lucian is an absolute stunner.

One of the best collections of skins Riot Games have ever released come in the form of the Dark Star line. There’s only a handful of characters with skins in the collection, but each one introduces an astonishing new take for every champion.

League of Legends fan and artist Philip Sun gave their take for one of the game’s most aggressive laning champions with a Dark Star twist which would make it an instant classic upon release.

The Dark Star collection has produced some of the more stellar looking designs for champions.

It only makes sense merging one of the more popular skins with a historically menacing champion, and the result is a chilling reinvention of the Purifier.

His new look embodies Lucian with the endless galaxy as stars and a nebula can be seen through his abdomen, next, right shoulder and atop his head.

The humanoid figure is sporting a horned mask that’s illuminated with a shining cross emanating from the center of his face.

The Dark Star design for Lucian would make laning against him even more terrifying.

Down to the Dark details

His relic weapons also got a galactic makeover, which are simple in design but the way the artist drew them up makes it seem like they now shoot something that closely resembles a black hole.

Although the concept piece is incredible in its execution, some commenters felt it was rather incomplete since the Dark Star Lucian was missing the a rendition of his flowing cape.

After enough requests, the artist was more than happy to oblige by adding a starry cape to the base design that really brings the whole concept together.

A complete look of the Dark Star Lucian concept with a cape!

Even though players love the Dark Star skins there aren’t many champs who have been admitted into the starry collection.

The line of skins started in 2016 when Varus and Thresh were given interstellar treatments that made them into cosmic giants in their splash arts.

Follow up skins in the line came throughout the years with Kha’Zix, Orianna, Jarvin IV, and Cho’Gath all eventually getting Dark Star skins as well. 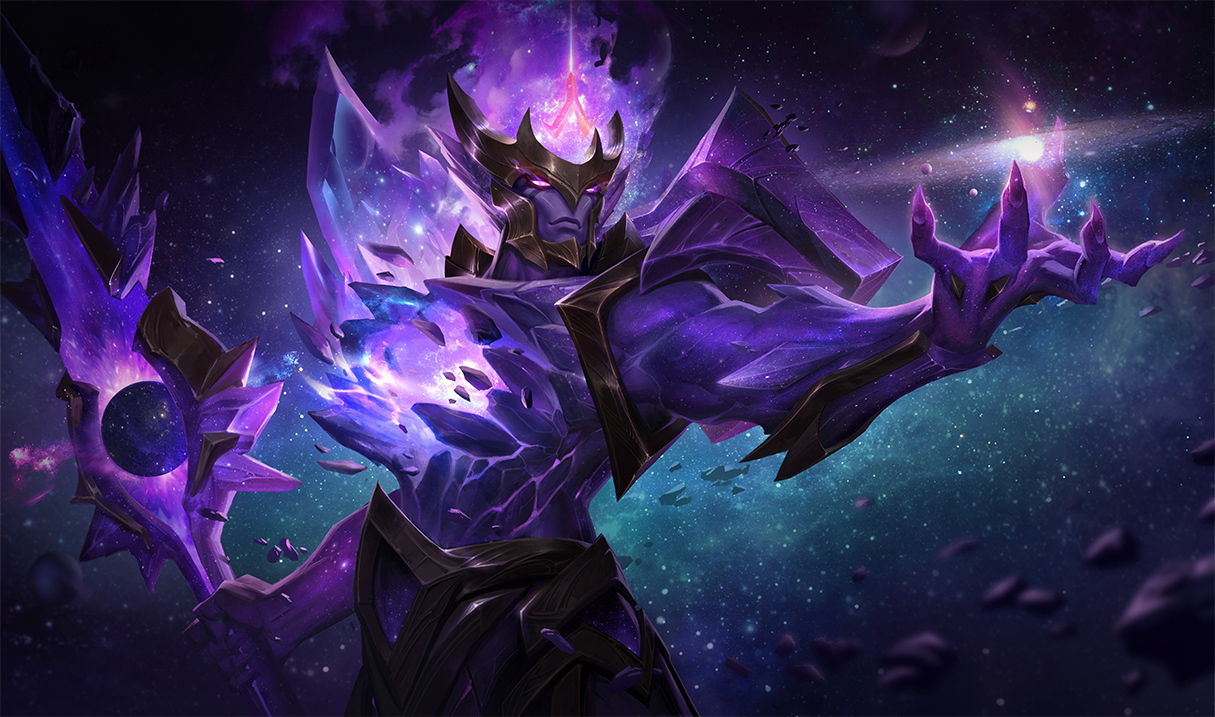 The Jarvin IV Dark Star skin in all of its glory.

Kayn’s Rhaast transformation even got a Dark Star variant during League of Legends 2017 Odyssey event.

If Riot Games were ever looking to open up the Dark Star collection to other champions, this concept design would definitely push Lucian as a high priority target