Team Liquid’s League of Legends star Yilliang ‘Doublelift’ Peng has revealed how there may have been a higher power at play during his team’s win at the NA LCS Spring Split playoffs.

The North American squad, who finished the regular season portion of the spring split with a 14-4 record following a lengthy run without suffering defeat, entered the playoffs as the overwhelming favorites.

They lived up to the billing by securing the title of champions, however, it wasn’t easy stroll. Team Liquid were pushed all the way by rivals Team Solo Mid, needing to complete an incredibly difficult reverse sweep in the grand finals to finish the event as winners – getting some help in the form of misplays from TSM’s Jesper ‘Zven’ Svenningsen. 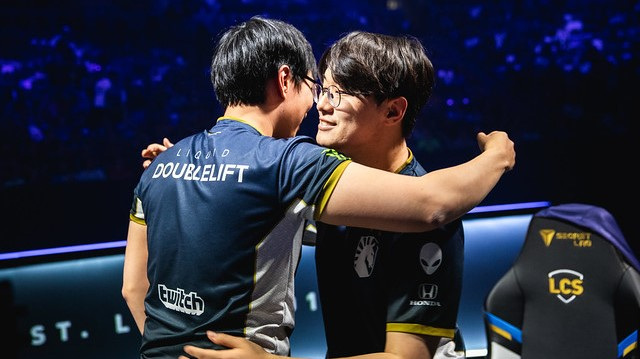 Doublelift and his Team Liquid teammates secured victory during the playoffs.

After securing the win, the star bot laner sat down with League of Legends personality Travis Gafford to breakdown the winner. However, despite talking about his calming influence on the team, he thinks there may have been another at play.

“I feel a bit bad for Zven,” explained Doubelift, “but he was actually extremely cocky and like, hovering Ekko every game, and like making fun of Jensen’s height and stuff like that.”

He added: “Like he was hovering Ekko and Viktor every champ select, I don’t know if fans were able to see that but it’s a bit of karma, I’d say, that it was him who lost them the series in the end.”

[Timestamp of below video for mobile viewers – 7:58]

The win helped Team Liquid secure their place at the Mid-Season Invitational in May, where they will go on to fight their fellow Spring Split champions from across the globe.

It will be no easy task to secure MSI glory, considering no North American team has ever been able to lift the trophy – especially when the line-up of attending teams begins to resemble an all-star tournament. LEC champions G2 Esports and LCK winners SK Telecom T1 both secured their spots in Vietnam with dominant victories in their respective playoffs.

They’ll head into the event as two of the favorites, with it being up to Doublelift and his squad to knock them off.