The upcoming 9.11 patch for League of Legends will be changing up some of the more dominant characters in the game while bringing loads of bug fixes for the latest champion to the Rift, Yuumi.

Riot Games are always on the lookout for potential imbalances in their MOBA in order to rectify them as quick as possible. In that regard the 9.11 update is going to focus on mixing up champion’s effectiveness especially in the jungle and with prominent lane bullies.

For the next patch players will see some major hits to champions like Akali, Karthus as well as Jayce while Gragas and some lesser viable champs are getting some much needed upgrades. 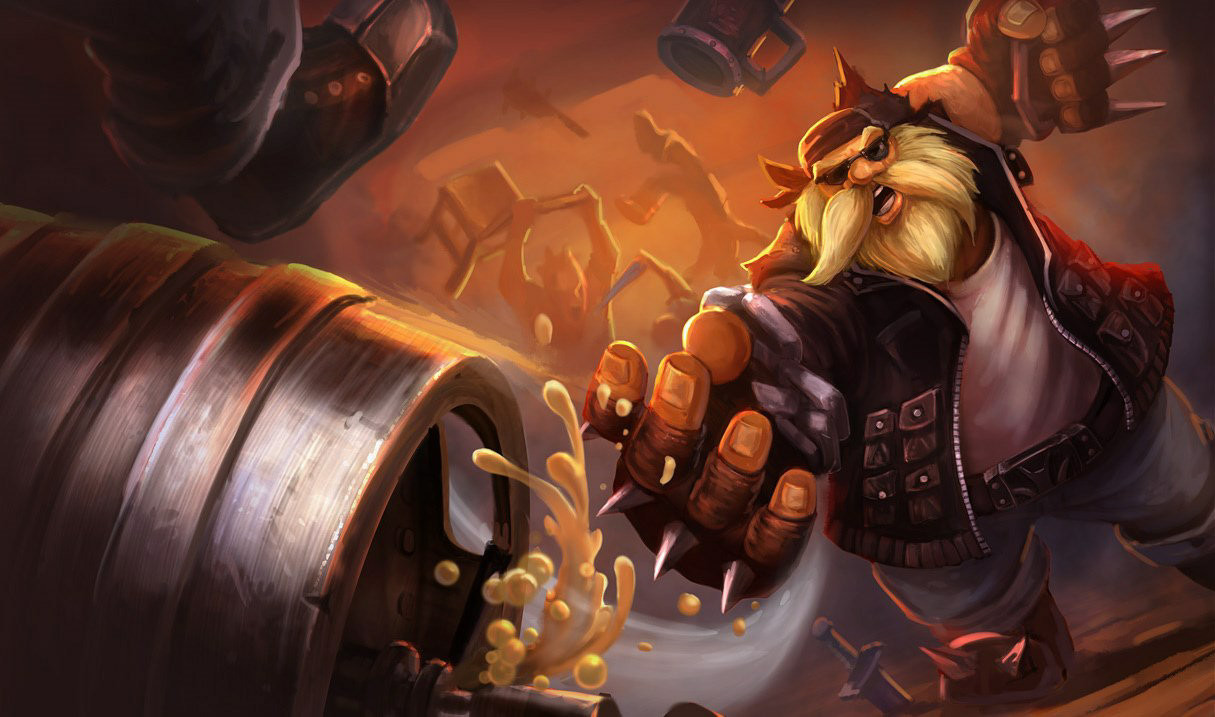 Gragas is getting some upgrades to get him back as a viable pick for junglers.600

Gragas is getting beefier in 9.11 and more jungle changes

While it seems like the developers like where Karthus is overall, the biggest problem lies in his Requiem ultimate that is going to get dialed down. He’s still going to be a monster in the jungle with his quick camp clears, but the nerf reduce the instant potency his ult tends to provide.

Meanwhile Gragas is getting numerous buffs to help him with his early game jungle clears. His base health will tick up to 600 as will his health growth to 95 instead of 89.

His attack damage is getting a slight increase, but the changes will hopefully make him more durable to go for ganks after clearing. 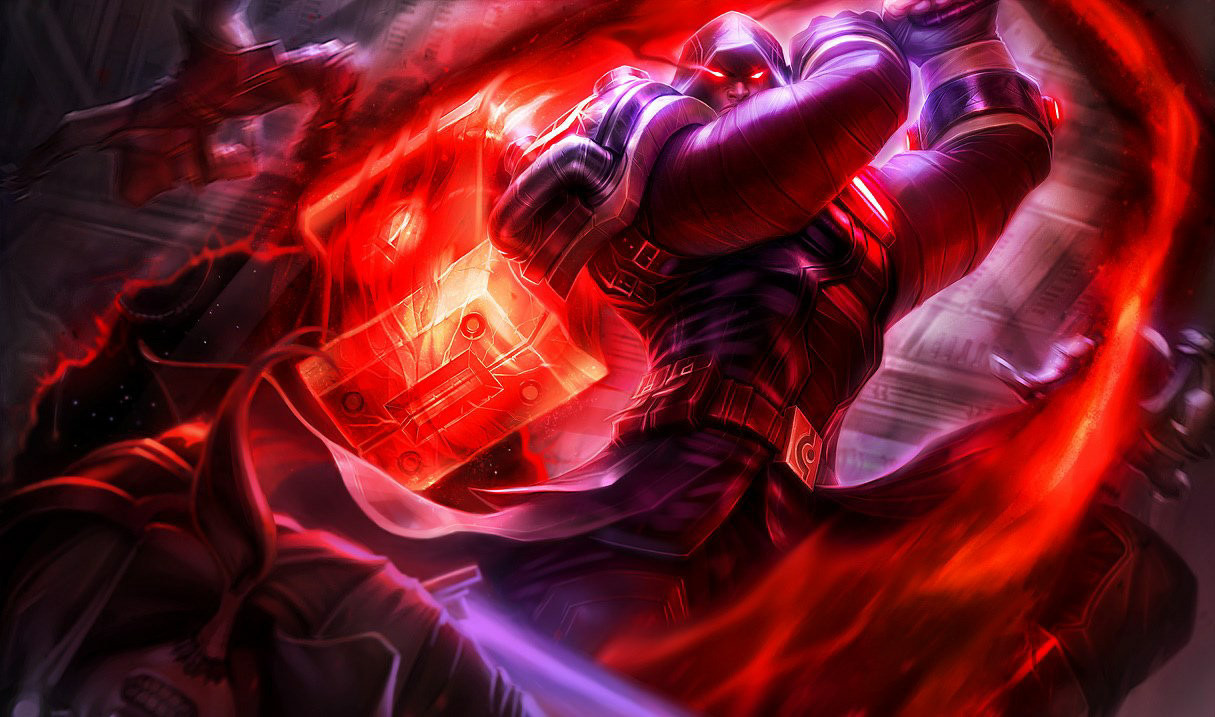 Jayce is still going to be a bully in lane, but it fizzle slightly more entering the later stages of a match.600[ad name=”article3″]

Jumping into lanes, notorious early game monster Jayce is getting hit with nerfs to his scaling. While he’ll still be a pain to lane against after the changes, it looks like he’ll be more prone to counters when team fights break out.

As for one of the most frustrating assassins, Akali is getting a subtle change that should have a big impact especially to her sustained damage.

This means she’ll still have the tools to wreck people in lane while having her escapes available, but they’ll be coming a bit further in between. 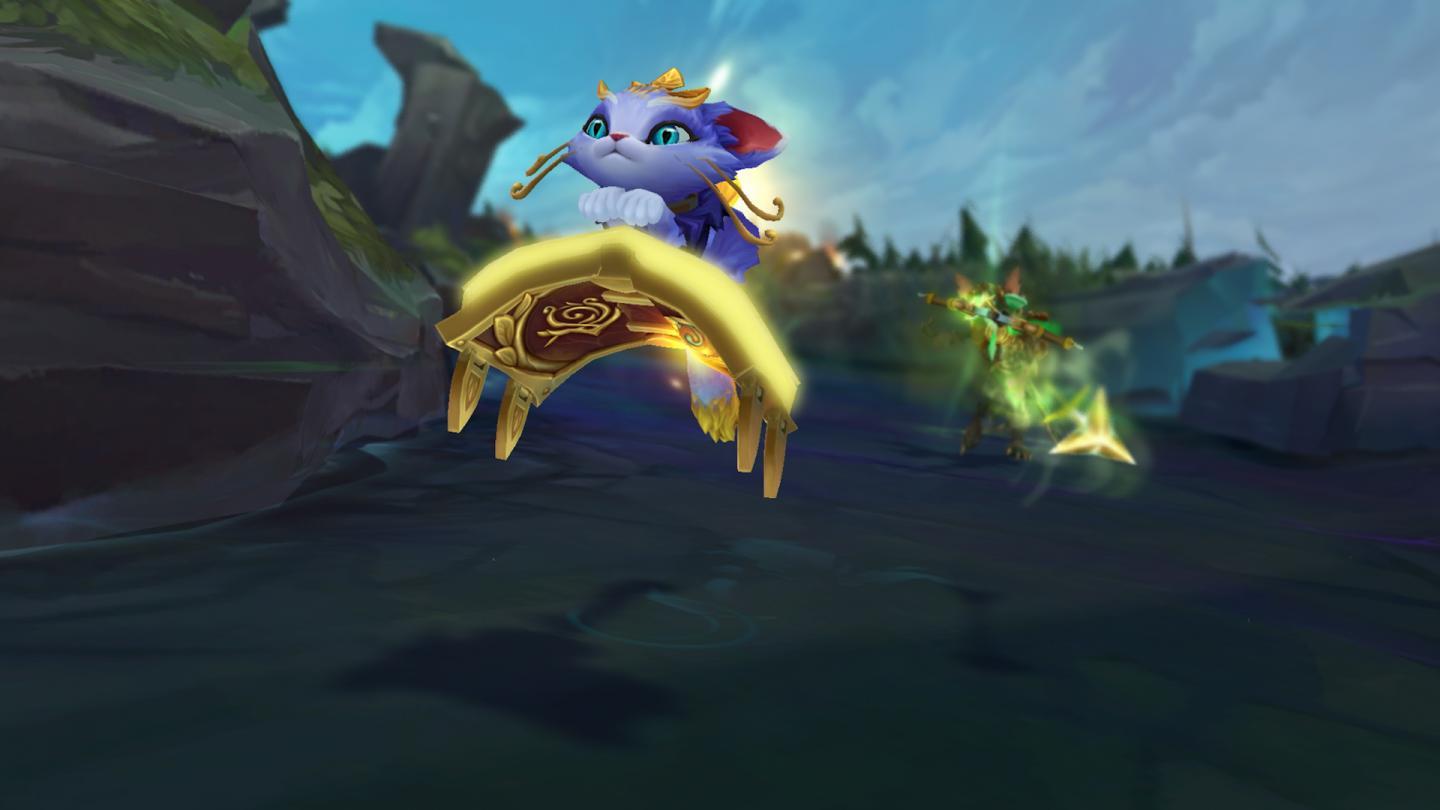 As for the game’s latest champion, Yuumi, her emergency patch put her in a good place balance-wise so the developers are aiming to add quality of life improvements.

Changes will include a brighter projectile for her Q to see it better, she’ll now get assists “when she first attaches to a participating ally” and her E’s movement speed decay is going to be flattened based on her ability power.

Fixes for the Magical Cat will primarily see that she’s properly displayed on the minimap when attached to an ally, Aery will hopefully be sent out even as Yuumi is hopping from ally to ally, and much more.

The Riot team are using 9.11 to bring much needed changes to the Rift that will balance out some of the more growing concerns in the game.

We’re lowering Akali’s ability to deal consistent and sustained damage, a strength that’s a huge part of her power discrepancy between the highest level play and everyone else.

We’re reverting Amumu’s passive buff from 9.8. Choosing this line specifically because too much of his strength is tied up in his passive and we want to keep the rest of his abilities feeling strong.

Basic attacking after E no longer delayed due to animation.

Making a small QoL change that Ekko players should appreciate.

We’re shifting some of Galio’s baseline damage he leans on as a support into W’s ratio as a stronger reward for his AP-building, damaging mid-lane capability.

Right now, Janna feels like a poke mage early in the game instead of a peeling and shielding support champion. We’re taking this opportunity to encourage more kinds of interaction between her and everyone else than point-and-click harass, especially in lane, so she can get the most out of all her abilities.

E – Eye Of The Storm

Jayce is too reliable of a pick in pro play. Given his strong early game, we’re nerfing his scaling to give opponents more of a chance when they get out of laning phase.

Karthus is still running games over just by virtue of being a great jungle clearer. But it’s the burst on his ultimate that’s really putting him over the edge and making him such a dominant jungle choice.

In 9.10, we wanted to nerf Master Yi in average play and increase satisfaction for all players by creating opportunities for more skillful play. However, the changes were pretty neutral and, at the time, seemed like they’d be more impactful due to changes to Rageblade and Conqueror. As a follow-up, we’re cutting back his early attack speed and some of the isolated target damage from Alpha Strike so that he loses some of his early clear speed, but still has a more reliable window of untargetability during Q.

Rammus’ damage in teamfights is too high. But to ensure that we’re not completely making him into a lint ball, we’re pulling power specifically out of his ult and passive so that he can still hurt enemies via Powerball and Frenzying Taunt and still reflect damage well with high armor builds.

Letting Warwick live the drain-tanking dream a bit more. While Blood Hunt is still likely the best first max, players looking to risk it all with Jaws of the Beast and bite off more than they can chew can now feast too.

Q – Jaws of the Beast

Making some QoL changes and bugfixes for Yuumi. These updates should help lower the gap between good and bad Yuumi players without increasing a good Yuumi player’s power.

I SEE THE LIGHT Yuumi’s range indicator is now much brighter when Prowling Projectile is first cast, fading back down in brightness over its duration for both Yuumi and her attached ally

AERY Fixed a bug where Yuumi was not sending Aery when hopping between allies with You and Me!

We’ve been following some excellent conversations regarding where Zac landed after his rework in 2017. After assessing players’ feedback, we ultimately decided that we went too far in pulling damage out of him in our quest for a more CC-laden tank. We agree that part of Zac’s pattern of diving the back line and doing damage is core to who he is as a champion. Unfortunately, Zac players felt that after diving in, he wasn’t able to accomplish anything more than just knocking people around. With that in mind, we’re reverting his reworked ultimate and W.

REMOVEDNOT SQUISHY Zac no longer squishes himself down while charging for up to 2.5 seconds, becoming unstoppable and slowing enemies standing on top of him

REMOVEDNO LONGER ICE CREAM Zac no longer knocks back enemies and deals magic damage when quickly releasing R, and no longer scoops up enemies, damaging and carrying them to a target location when releasing R after charging

NEWFLUBBER Zac now bounces 4 times on cast, with a 1 second delay between each bounce

NEWDAMAGE Each bounce does 140/210/280 (+0.4 ability power) magic damage and knocks up enemies for 1 second. Subsequent bounces on the same targets do 50% magic damage and do not knock them up.

NEWFLUID SLIME Zac can move during Let’s Bounce and gains ramping movement speed over the duration, up to 50%