League of Legends Season 10 has finally begun, but fans will unfortunately not get to see Tyler1’s Twitch Rivals squad go head-to-head with MAD Lions, the LEC team formerly known as Spylce.

The night before the MAD Lions were set to face Team Tyler1, their general manager Till Werdermann went on Twitter to announce that the broadcast will no longer happen.

Hey everyone, sorry to say this but we’re not able to make this happen on such little time.

We’re still down to scrim, but we’re not contractually allowed to have it be broadcast by anyone.

One of Tyler’s teammates in former LCS pro Christian ‘IWillDominate’ Rivera confirmed the development on his own account, and tried to get a response from LEC to no avail.

The new year of ranked play officially began on January 10, but before the major professional leagues return, League of Legends fans will get a chance to find out what would happen if a squad of the game’s top streamers faced off against a real pro team.

The Twitch Rivals squad is set to face off against a team whose most recent accolades include a top-eight finish at the 2019 World Championship, and if you want to find out just how much in-game might Tyler1 has behind that notorious mouth, here’s everything you need to know to catch all the action. 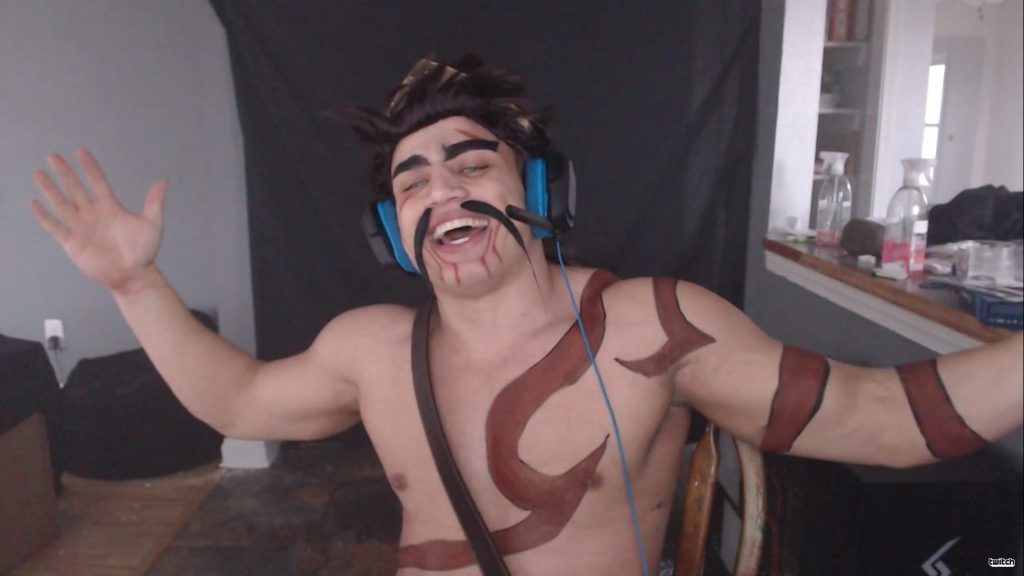 Tyler1’s team will be facing off against LEC squad MAD Lions.

When is the Team Tyler1 vs MAD Lions show match?

The match will be streamed on the official MAD Lions Twitch channel, although it’s very likely that the members of Tyler1’s squad, including the captain himself, will stream the match themselves as well.

The stream will be embedded here once MAD Lions confirm the channel details.

Splyce rebranded to MAD Lions after the 2019 season concluded.

Why is Tyler1’s team playing a show match against MAD Lions?

Some fans might be wondering how exactly a Twitch Rivals team led by one of League of Legends’ most notorious streamers came to face off against a team that competed at the most recent World Championship.

It started when former pro player turned streamer Christian ‘IWDominate’ Rivera, who is playing as the jungler for Tyler1’s Twitch Rivals squad, took a shot at the social media following of Excel and MAD Lions compared to that of European titans G2 Esports and many of the bigger names in North America.

Mad Lions were quick to respond, however, stating that “having a Twitter following doesn’t always [equal] skill”, and that as the team happened to be in North America for the weekend, they’d be happy to offer him “some real competition”.

If you want some real competition for your Twitch Rivals team’s scrims, we’re in North America this weekend and would be happy to show you that having a twitter following doesn’t always = skill @LiquidDominate ?@loltyler1 @TwitchEsports @LEC https://t.co/mO66gqHqKw

Rivera hit back at MAD Lions attempt to “flex how good their team is by beating a twitch rivals team in a show match,” but nevertheless announced that the match would indeed be taking place.

BTW we playing them fuck it 😀

The match should offer an interesting look into what happens when top League of Legends streamers take on a real professional team.

While many viewers may be expecting a stomp for MAD Lions, the team has lost some of its heaviest hitters since its top-8 finish at Worlds 2019, with AD Carry Kasper ‘Kobbe’ Kobberup joining TSM, Support Tore ‘Tore’ Hoel Eillersten – previously known as Norskeren – joining Excel, and jungler Andrei ‘Xerxe‘ Dragomir moving to Origen.

Meanwhile, Tyler1’s squad isn’t without professional experience. In addition to IWDominate, the team will also have Hai ‘Hai’ Du Lam in the mid lane, one of North America’s most legendary shot-callers.

The full rosters for each team can be seen below.