Twitch Prime comes as part of the Amazon Prime subscription, and gives users the ability to subscribe to one channel each month at no extra cost, as well as offering a variety of free loot in various games.

Riot Games are one of the developers partnered with Twitch Prime, and their latest offering for League of Legends is a free mystery skin token, which once claimed can be unlocked for a random look for one of the game’s 148 champions.

League of Legends players can claim a mystery skin for a random champion.

The League of Legends skin isn’t the only thing on offer from Riot Games right now. Those who are also interested in Teamfight Tactics, for which fans recently got a first look at the upcoming mobile version, can also claim a mystery little legend and a mystery emote.

This is the last month of Riot’s current scheduled offering for this type of reward, so make sure you grab them before it’s too late. It’s very possible, however, that more League of Legends rewards will be added to Twitch Prime in the future. 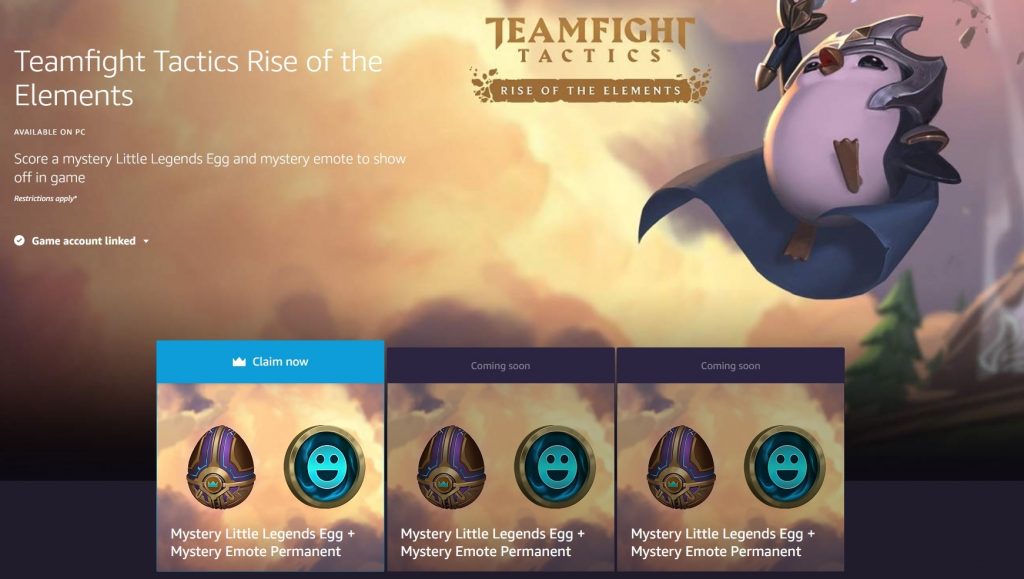 Those who don’t already have Twitch Prime may still be able to claim the loot by using the free one-month trial available to new users. During the time your free trial is active, you’ll be able to claim any loot through the rewards program.

If you’ve already used your free trial but still wish to unlock the rewards, a subscription to Amazon Prime will cost $12.99 per month, or $119 for a full year – although those eligible for a student discount can get it at half the price. Amazon Prime also comes with the other benefits and services provided by the service, such as faster delivery, Prime TV, and more.